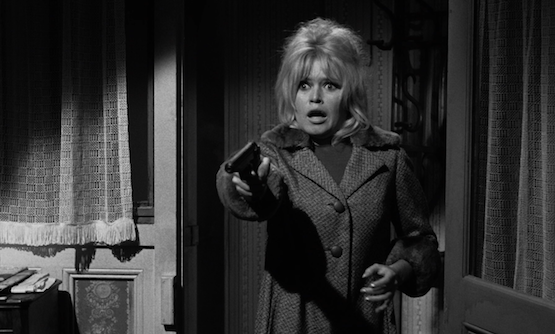 Brigitte Bardot is an iconic star, but not on the basis of her acting. "B.B." became an international phenomenon because of her sex appeal, even more specifically, because of her exposed derrière, which was famously glimpsed in 1956's And God Created Woman and frequently re-glimpsed afterwards -- so frequently that director Jean-Luc Godard felt the need to subvert the "trope" of Bardot's butt in Contempt.

It comes as little surprise then that B.B.'s backside has its share of star moments in 1960's La Vérité (The Truth), the best arguably being an amusing interlude spent bopping under a bed sheet to samba music while visitor Sami Frey tries (and fails) to look away. But La Vérité is not a light-hearted sex farce. It's a human tragedy, which capitalizes on the viewer's prejudices against Bardot as a frivolous sex kitten to show how cruel and useless it is to judge another person's life. Like Godard, Vérité director Henri-Georges Clouzot highlights that famous butt to subvert it.

At the start of La Vérité, Bardot's character, Dominique, is on trial for murdering music student Gilbert (Frey's character). Dominique's defender, a perfectly crusty Charles Vanel, wants to put across the idea that it was a crime of passion. The advocate general and the lawyer who has been hired to represent Gilbert's family (an effectively punchable Paul Meurisse) would rather paint Dominique as a heartless floozy who resorted to murder when she couldn't get what she wanted. As this courtroom drama unfolds, it becomes clear to viewers that the defense is more correct, but that each side is cherry-picking aspects of the events that occurred, in order to win. The titular truth is beside the point.

Clouzot does not go the Rashomon route, replaying events in different ways, to show the gulfs in point-of-view between these sides. Instead, he plays his flashbacks pretty straight, but then shows the ways in which the different sides choose to ignore obvious clues and details that don't conform to their chosen version of things. Most of the people in that crowded courtroom are against Dominique, especially the spectating journalists, who are shown debating how much of a "bitch" she is early in the film and later are shown putting their pens away whenever evidence comes out in support of her side.

It's easy to see how Dominique could be disliked. The flashbacks show that she is driven by pleasure, not respectability. She flees her provincial home to live a fast life in the city, tagging along with her proper violin prodigy sister Annie (Marie-José Nat), who attends a Parisian music school. Dominique fails to get a job, stops going to school, and just hangs out with the boho semi-geniuses who populate a nearby cafe. She has fun, sleeps around, gets a reputation, and doesn't care a whit.

Things get heavier when she steals Annie's would-be boyfriend, Gilbert. Or more accurately, once Gilbert casts Annie aside in pursuit of the wilder and presumably more easily beddable Dominique. Their relationship grows more serious as Dominique feels romantic love for the first time in her life, and Gilbert becomes more possessive. Dominique occasionally acts out against Gilbert, but it's hard to blame her. Frey plays him as such an entitled, pompous bully that eventually viewers may want to hiss and throw things when he comes on screen.

The drama is never less than gripping, but Clouzot's plot works only because of Bardot at its center. The harshness with which Dominique is scrutinized finds easy parallels to the tabloid-hounded life that Bardot was leading at the time. That's not to say that Bardot just plays herself here. She gives a surprisingly layered performance that evokes joy in her carefree (and mischievous) moments and earns sympathy when she reacts to being torn down by those around her -- both in flashback and in real time. In the beginning, I was skeptical that we were going to have to accept Bardot in an intensely dramatic role; by the end, I felt chastened for my presuppositions. Clearly, that's the point. 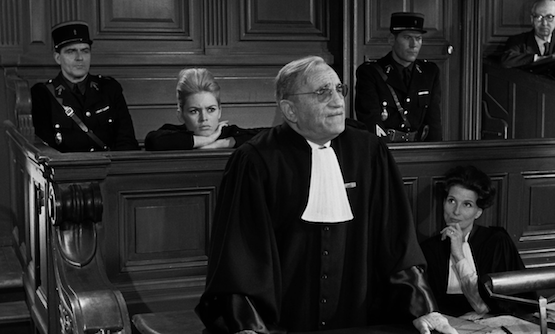 The Blu-ray
La Vérité is accompanied by a fold-out featuring an essay by Ginette Vincendeau.

The Video:
Sourced from a 4K Sony restoration, the AVC-encoded 1080p 1.66:1 transfer presented here is excellent. Strong detail and depth from the black and white image, especially noticeable in many of the courtroom wide shots, where Clouzot and cinematographer Armand Thirard create compositions that cram in an absurd number of spectators' faces. And you can make them all out too. Constrast is subtly delineated, with rich blacks and strong shadow detail. Film grain is well-resolved, and no digital compression issues.

(HD, 1:02:35) - Pierre-Henri Gibert directs this biographical doc on Henri-Georges Clouzot, who is portrayed not only as a genius but as a calculating manipulator not too different from the characters in his movies.

Final Thoughts:
A brilliant lead performance by Brigitte Bardot in an ingeniously constructed melodrama that not only argues for empathy, but demonstrates how difficult summoning empathy can be. Criterion's presentation looks and sounds excellent. And the supplements, while relatively brief, provide a solid glimpse into the genesis of this project and the lives of its key players. Highly Recommended. 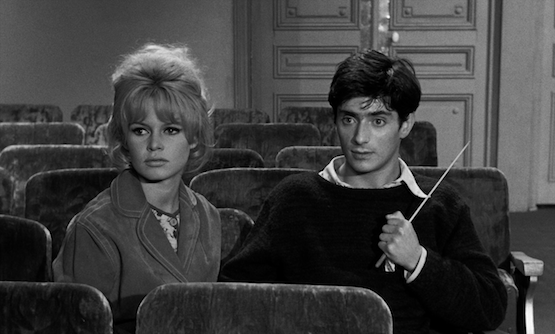