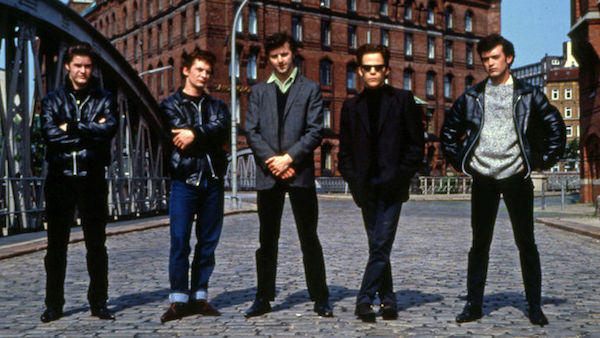 NOTE: The photos accompanying this review are promo images that do not reflect the quality of the Blu-ray under review.

Since their arrival on the international scene in the early '60s, The Beatles have never stopped being popular. Of course, that popularity ebbs and flows, often depending on the hungriness of record companies for ways to repackage the band's output. (In case you needed reminding, Danny Boyle's Beatle fantasy comedy Yesterday is coming to theaters this summer.) The 1994 indie flick Backbeat, which fictionalizes the band's early days spent in dingy basement clubs in Hamburg, Germany, came just too soon to catch the '90s Beatlemania resurgence, triggered by the release of the "new" Beatles song, "Free as a Bird," and the Beatles Anthology TV series and albums.

Maybe it wouldn't have mattered, since co-writer and director Iain Softley (Hackers, The Wings of the Dove) focuses his film not only upon this more obscure, pre-"Fab" period for the band, but he focuses upon Stu Sutcliffe, the band's little-remembered original bass player. Stephen Dorff plays Stu, a long-time pal of John Lennon's who puts more of his energy into cultivating himself as a visual artist than he does into getting better at the bass. The film version of John Lennon is played by Ian Hart, who had previously played John in the now largely forgotten Sundance Channel staple The Hours and Times (1991). Hart plays Lennon as a smart-arsed hooligan, less the Groucho heir apparent of A Hard Day's Night than a rambunctious child who attacks everyone around him (verbally and sometimes physically), lest they get a chance to attack him first.

Although the now oft-told Beatles origin story is frequently focused around the partnership of John Lennon and Paul McCartney, Backbeat goes another way. It is essentially a tragic love story between childhood chums John and Stu. The movie's version of Paul, played by lookalike Gary Bakewell*, is mostly on the sideline, ragging on Sutcliffe for his sloppy playing and pushing John to kick him out of the band. But John can't quit Stu just like that. It takes the arrival of a stunning woman, photographer Astrid Kirchherr (Sheryl Lee), to challenge the status quo of the Beatles and of John and Stu's long-held friendship.

Astrid not only enchants Stu with her beauty and talent, she shows him a glimpse of the bohemian artist life he wants to be leading. John refuses to play nice about this new development; the film frames John's character as wildly ambitious about the band but also intensely jealous of Stu and Astrid's relationship. John not only wants Stu for himself -- more than once he feels the need to proclaim he doesn't "fancy" Stu, so that his possessiveness isn't misconstrued -- but he wishes he could snag a gal like Astrid. 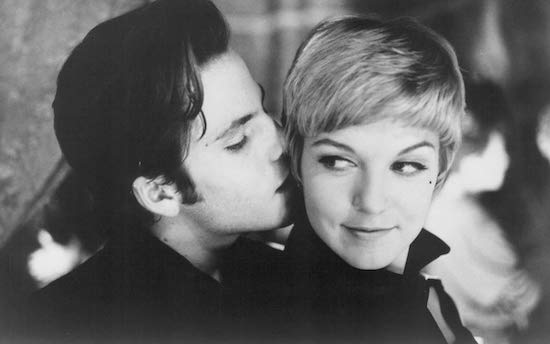 Dorff and Lee have great chemistry as Stu and Astrid. Dorff toes a nice line of being smooth and clever, but not too much. There's still a sense of him knowing he's in over his head with Astrid, but he doesn't let it intimidate him as much as it could. Lee is slightly opaque, as she is in her signature role as Twin Peaks' Laura Palmer, but we buy her attraction and sustained interest in this young, raw man. Hart is better at suggesting and concealing the subtext of John's hyper-sensitivity and potential bisexuality than the script, which can't help but "hint" broadly at such things.

Apart from the central love triangle, the film sketches in some historical details from the Beatles' time in Hamburg. They have their first recording session, as backing musicians for Tony Sheridan on a rock version of "My Bonnie." They are introduced to speed, so they can stay up for hours, playing upbeat music for semi-responsive drunks. They flirt with deportation, since underage George Harrison (Chris O'Neill) is in the country illegally. Apart from this little wrinkle, both George and original drummer Pete Best (Scot Williams) get fairly short shrift dramatically. But they make out better than the guy playing Ringo: he's shown sleeping after hanging out with the group, but he doesn't even get a line.

Because of the era depicted, Backbeat doesn't feature any original Beatles music. Instead, producer Don Was assembled a supergroup of mostly alternative musicians to reproduce the band's live repertoire of early rock, such as "Please, Mr. Postman" and Chuck Berry's "Carol." The recorded band consists of Soul Asylum's Dave Pirner and The Afghan Whigs' Greg Dulli on vocals, Sonic Youth's Thurston Moore and Gumball's Don Fleming on guitar, R.E.M.'s Mike Mills on bass, and post-Nirvana/pre-Foo Fighters Dave Grohl on drums. The end result is credible renditions, but the crispness of the recordings feel a little off.

This "off" feeling pervades the whole film. Backbeat thankfully dodges many of the typical problems and clichés of many rock biopics. It helps that the film's focus isn't recreating icons in iconic moments, I suppose. But, even so, Backbeat feels slightly too glossy to fully satisfy. The film has strong performances, infectious energy, and plenty of good music, but one can't help wishing for something more dramatically substantial.

*Like Ian Hart, Bakewell would play his Beatle more than once. He reprised the role of Paul in the 2000 TV movie, The Linda McCartney Story. 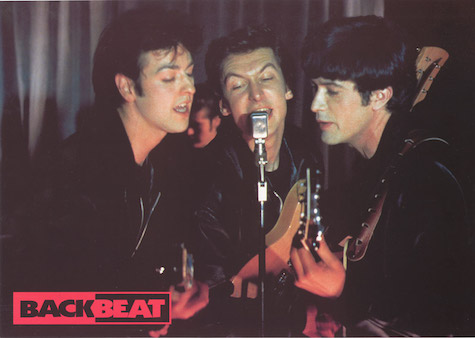 The Video:
The AVC-encoded 1080p 1.85:1 transfer is solid, but not particularly fresh. It would not be surprising if this is a fairly old HD master that Universal has had lying around the vault. Even with a generous encoding bitrate, there are instances of noise and what looks like filtration and sharpening throughout. Colors are nicely saturated, and detail is typically strong.

The Audio:
The film comes with both DTS-HD MA 5.1 surround and DTS-HD MA 2.0 stereo mix options. It sounds like the soundtrack was designed with the stereo mix in mind, and the 5.1 mix built out somewhat from that. Music gets a nice bump in the surround mix, but otherwise it's pretty much front and center for the dialogue. Everything sounds crisp and clear in both mixes. An optional English SDH track is provided.

Special Features:
All of the bonus features are carried over from the Special Edition DVD and are presented in SD.

Final Thoughts:
Backbeat doesn't quite pass the anonymity test, meaning that it would not be as compelling if its characters weren't people who later became famous. Still, the filmmakers creatively avoid plenty of biopic clichés and tell their story with verve and charm. It's not in the upper echelon of rock biopics with La Bamba, but it's worth a look. Recommended. 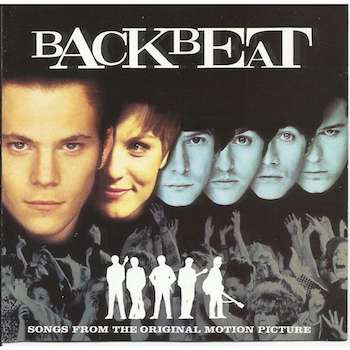