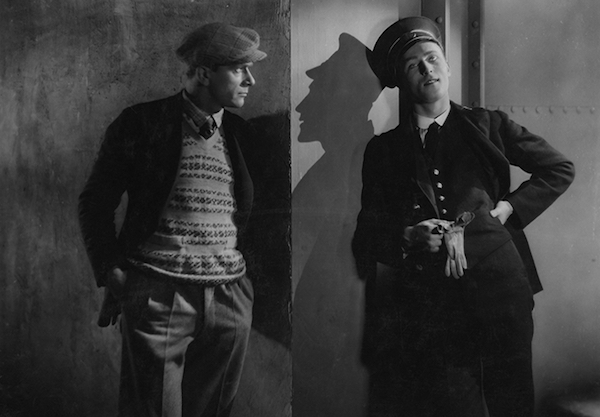 Anthony Asquith is one of England's most distinguished filmmakers, best known for film versions of classic plays like Pygmalion (1938), The Browning Version (1951), and The Importance of Being Earnest (1952). His second film, a silent melodrama called Underground (1928), is now resurfacing in a new Blu-ray edition, sourced from a BFI restoration of a few years back. Much like King Vidor's The Crowd, also released in 1928, Underground places an intimate human drama against the overwhelming, somewhat dehumanizing bustle of the (then-)Modern Metropolis. Asquith and cameraman Stanley Rodwell don't pull off as many nifty camera tricks as Vidor and his Crowd crew did, but Underground is notably clever and stylish, especially in the varied shots of people flooding through London's underground train stations.

Besides its assured style, Underground might be most striking for its unusual shifts in tone. What starts off as a sweet romance, punctuated with lots of comic moments, changes quite drastically around the midway point to a dark thriller that climaxes in a nail-biter of a foot chase and a fistfight to the death.

Asquith somewhat slyly acknowledges these shifts through the use of shadows upon a wall. In first half of the film, Asquith pans away from two shy would-be lovers, subway conductor Bill (Brian Aherne) and shopgirl Nell (Elissa Landi), to show two shadows on the wall already leaning in for a smooch. It's a cute visualization of the couple's instant attraction, but it also foreshadows a later moment where another shadow appears on that wall: that of the jealous Bert (Cyril McLaglen), who plots to break up the romance and win Nell for himself. Bert is meanwhile romantically pursued by his neighbor, a dressmaker named Kate (Norah Baring) who can't get over a failed fling between the two of them.

Aherne and Landi make a suitably charming, if slightly bland, lead couple. Aherne especially comes across as so straight and upstanding that a plot turn in which his character is framed for sexual assault (I told you it got dark!) comes off as more than a little preposterous. Meanwhile, McLaglen and Baring are crazed villains of the first order. Both actors turn their characters' unrequited infatuations into demented pathologies that anticipate the kind of twisted love monsters that someone like Peter Lorre would make his specialty.

While Underground's lighter first half is more meandering than its malevolent and tense conclusion, it remains a highly satisfying watch overall for fans of late silent cinema. 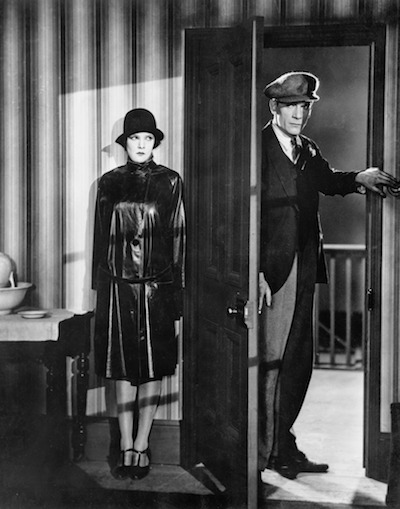 The Video:
Based on a recent restoration from the BFI, this AVC-encoded 1080p 1.37:1 transfer is stable but somewhat inconsistent, due to the differing quality of film materials utilized. Nothing looks off-putting, but certain passages feature noticeable scratches, speckling, and image density anomalies. Some brief sections look pristine. Overall, the look of the transfer is organic and pleasing, incorporating the differences in film quality in a way that doesn't distract the viewer too much.

The Audio:
The main soundtrack selection is a musical score by Neil Brand, recorded by the BBC Symphony Orchestra. It is presented in either DTS-HD MA 5.1 surround or DTS-HD MA 2.0 stereo. While Brand's score sometimes feels a little too on-the-nose in certain moments, leaning in too hard to create obvious effects or musical allusions, it is by-and-large effective and supportive. The recording is excellent in both mixes; which version is preferable will boil down to the taste of the listener. The disc also includes an alternate score, presented in DTS-HD MA 2.0 stereo, by experimental composer and former member of the group Cabaret Voltaire, Chris Watson. Watson's audio track mostly consists of field-recorded sound effects and occasional musical tones. It isn't uninteresting, but it feels too avant-garde to properly support the intended drama of the film. I certainly wouldn't recommend Watson's score for first viewing.

(8:56) - BFI's staff and technicians discuss the decision to restore Underground, plus the process to salvage and revive it (both chemically and digitally) from subpar elements.

Final Thoughts:
Underground is a fascinating blend of humor, romance, melodrama, and action thrills. The tense finale must be seen to be believed. Hats off to the BFI for restoring this forgotten treasure, and to Kino for bringing it to American viewers. Highly Recommended. 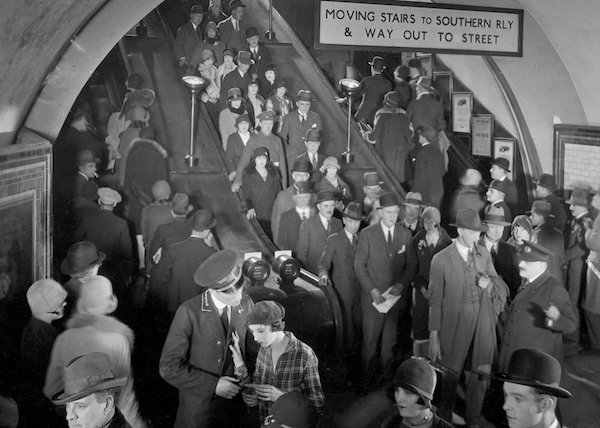