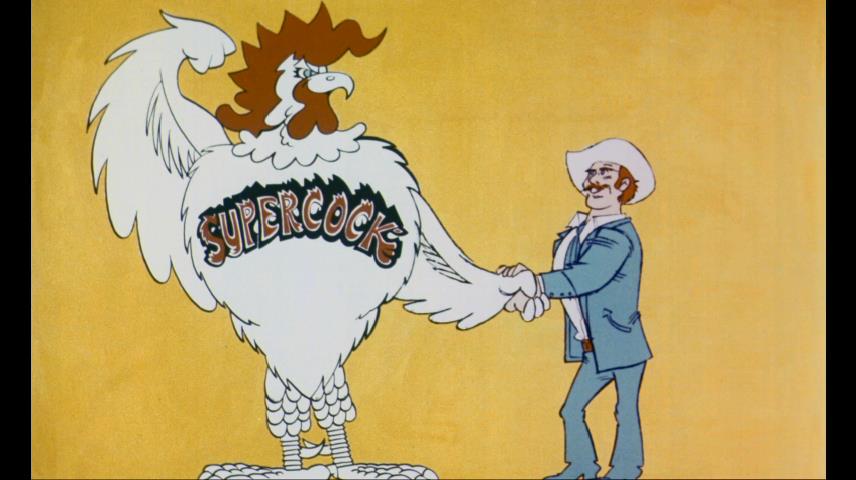 Hailing from 1975, Supercock is the story of the desire to win in Manila's First International Cockfight Olympics. OK, I know you're laughing at this point, the term here plainly refers to chickens, not the less-family-friendly meaning the word also has. Apparently some did have issues with the title, as it has also been shown as Fowl Play. Ross Hagen is American Seth Calhoun, who arrives in the Philippines with his born-fighter Friendly. He's confident about winning, even though he's the only American to enter and also the only contestant with a single bird. Off the plane he meets fellow American "GI Joe" (Tony Lorea) who has been in the area since World War II ended, working as a cab driver. Seth pays him a few bucks (or at least promises to) to stick around the whole time he's there and help him with dealing with the locals and such. 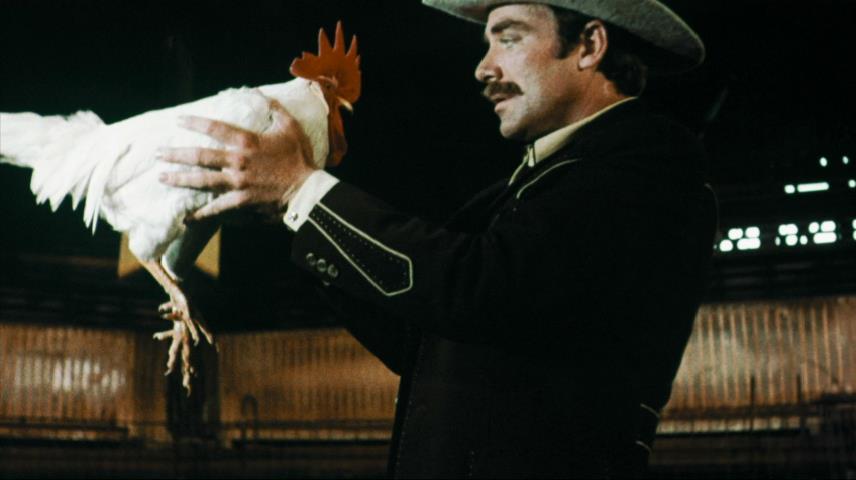 The main competition is the Nono Brothers- first names Seeno, Heeno, and Speeno- just add the word "evil" and you'll get that joke. The huge Seeno (Subas Herrero) is both the promoter of the fight and also competing himself, and already determined to win. (His huge house implies that he's already pretty well-off though.) He's immediately intimidated when he first sees Seth and Friendly arrive, and orders the pretty Yuki (Nancy Kwan) to keep an eye on Seth, hopefully getting his guard down too much. At first he makes a reasonable offer to buy Friendly but is quickly turned down, so then engages in a number of dirty tricks to keep them from attending the competition at all.

Of course the whole cockfighting "sport" has been banned and makes this a movie that likely wouldn't be made today. Sensitive viewers might not appreciate the less than stellar treatment the chicken cast members get here, but I have to say it just made me a bit hungry. The overall atmosphere of the film is rather wholesome considering that it mainly depends on repeated double entendres for laughs- such as "He has the largest cock I've ever seen!" Ross even tells about earlier days of his champion fighter beginning with "When he was just a little pecker…" The MPAA apparently assumed this dialogue was simply sincere, and gave the movie a PG rating (there's no real fowl language here). Overall, there isn't a whole lot to this movie- my first impression was that it took far too long to get to the final showdown with a lot of needless dialogue scenes until then. Looking at it today, the dated fashions, kung-fu-movie level production values and of course the main "cock" jokes are somewhat amusing, but not enough to make this a must-have. 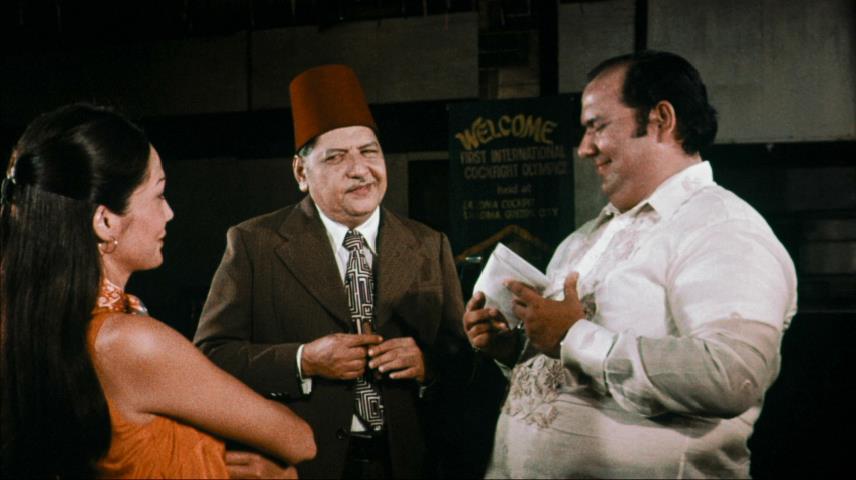 This Blu-Ray disc was made from what's said to be the only remaining film elements from Ross Hagen's estate. The animated opening credits are shown at a 1.66 ratio, but the presentation switches to full-frame 1.78 afterwards. The framing looks fine, but I would have preferred the framing stayed at 1.66 if that was how it was intended. Colors appear faded and overall picture quality a bit soft, but the picture is reasonably clean free of dirt and only a few visible scratches- I did spot a few signs of what was likely digital clean-up.

The mono audio is encoded properly in 1-channel DTS Master Audio, although the disc still outputs on my setup as 2-channel PCM, since it is flagged as including secondary audio even though there is none. Quality is about what you'd expect for this type of movie, but is also reasonably clean with no obvious noise. The clarity makes it easy to spot the switches between ADR'd and live-recorded dialogue in a few scenes. 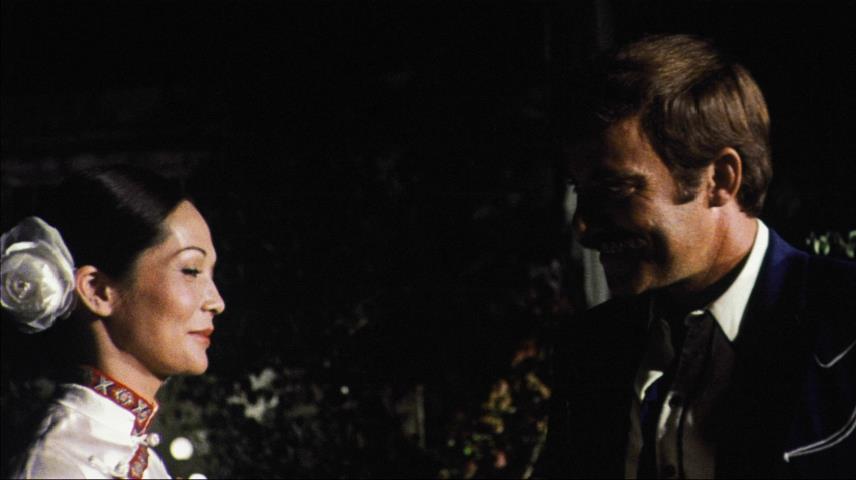 Low-budget filmmaker Fred Olen Ray provides a commentary track, although he admits from the beginning that he knows very little about this movie and ends the track 56 minutes into the 83-minute movie. He does however know a lot about Ross Hagen and many of the other cast and crew, telling us some interesting stories about their work in other films which makes me want to check those out. There's also a 10-minute phone interview with Ross Hagen recorded in 2007, accompanied by stills and clips from what looks like a VHS copy of the movie, where he discusses Supercock and a few other films he shot in the Philippines. Finally there's a few trailers for other Garagehouse Pictures releases, although they appear to be recently put together and not original. 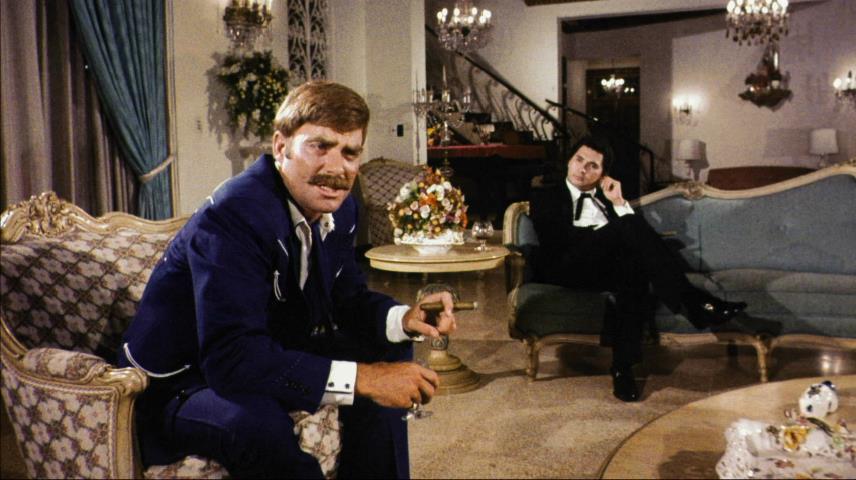 I'm sure some will want to see Supercock solely based on its title. As a fan of exploitation films especially those from the 70s, I have to say this had its moments but was overall quite dull. Your mileage may vary, of course.