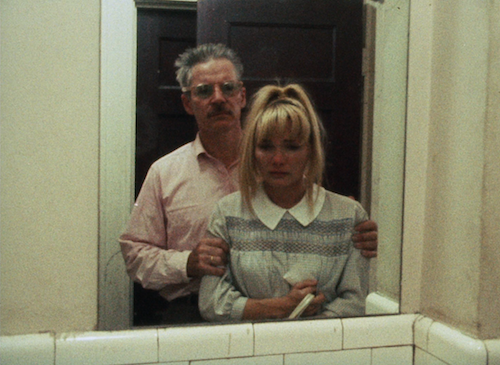 By a random fluke, I happened to watch Wanda -- the only independent feature from director, writer, and star Barbara Loden, which premiered in 1970 -- right after watching Paul Schrader's directing debut, Blue Collar. Both films have a lot in common, and not just that they have both spent years bubbling under the greater filmgoing consciousness, beloved by fervent cults and unknown by Joe and Jane Moviegoer.

Both films present off-kilter character studies of lower class characters, and then throw in some crime movie elements, only to subvert these same elements in ways that critique social imbalances. For Blue Collar, Schrader has his three auto worker leads pull off a bumbling heist of their union local, only to find that the system (not to mention the union's network of thugs) won't let them get away clean. Wanda meanwhile resembles a couple-on-the-run potboiler, but Loden's couple are neither thrill-killers nor youthful rebels without causes; in fact, it's the out-of-whack power dynamic between the male and female characters, not romance, that defines the nature of their adventure.

In the title role, Loden allows herself to be a bit of an enigma. Long stretches of the film pass without Wanda saying a word, and Wanda's face -- often featured in close-up -- withholds more emotional information than it betrays. Wanda comes across as stagnant -- aimless -- but is she resigned to a less than ideal life, or is she too lazy to seek out something better?

The low-budget film opens with unromantic, but nonetheless lyrical, footage of Eastern Pennsylania's coal country. After Wanda wakes from her sister's couch and goes out walking, we see long shots of the character roving through the coal-black landscape: a tiny figure in a massive world that has no place for her. Wanda's journey doesn't seem particularly focused, but soon enough, it becomes apparent that she is on her way to divorce court. When Wanda arrives at the court -- late -- she admits sheepishly that her husband and children are better off without her, so go ahead, judge, and grant that divorce.

With little money, no job, and no responsibilities, Wanda becomes totally untethered. She hops into bed with a balding salesman-type who pays for her beer, the first of a few ill-advised couplings the film has in store for Wanda. Loden, as a filmmaker, is interested in the moments before and after the sex. She skips not only the act, but most of the seduction, which gives these encounters the sense of a detached transaction*. We can assume the sex is bad -- it has to be -- but the elliptical approach further protects Wanda's motivations from being exposed to the audience. We don't get to see why exactly she goes with these terrible guys, even though we can make an educated guess.

Which leads to Wanda joining up with Mr. Dennis (Michael Higgins). Mr. Dennis is a criminal who has the animalistic sense to pull off small-time rip-offs, but who has his heart set on pulling a big bank job. Loden's film is as opaque about Mr. Dennis's motivations as it is about Wanda's, but one gets the sense that -- considering his general world-weariness and salt-and-pepper flat-top hair -- Mr. Dennis is looking for a fabled "last big score" before he gets too old.

Wanda does not know about Mr. Dennis's criminal activity when she climbs into his (stolen) car. But when she finds out, she doesn't try to leave. In fact, Mr. Dennis provides plenty of other reasons to scare her off -- he's a control freak who slaps her for bringing him a hamburger with onions and who throws her slacks out the car window because he demands she only wear dresses -- and still she doesn't leave. The acting is loose and improvisational, which makes the pair's interactions disconcerting and underlines Wanda's quandary. She has hooked up with an erratic, violent bully, but he's all she's got.

As in Schrader's Blue Collar, Wanda concludes without offering its protagonist a clear, viable exit strategy. It's not an arbitrarily downbeat choice, or one that is pointedly "realistic": it prevents the character, in all its sloppy inscrutability, from being diminished. Wanda is clearly a personal film, but its handmade qualities should not distract from its intelligence and brilliance. It's certainly a welcome addition to the Criterion Collection.

*One could surmise that maybe, besides the dramatic effect achieved, Loden the filmmaker knew that Loden the actor didn't want to do those scenes. 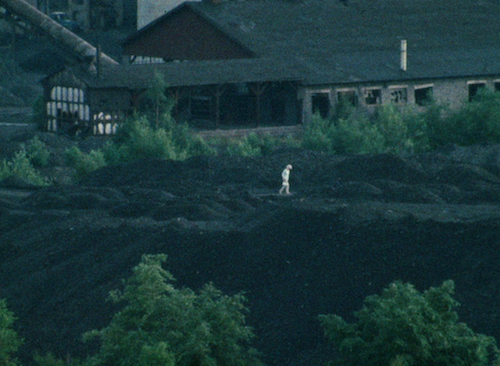 The Blu-ray
Wanda is packaged with a fold-out pamphlet, featuring an essay by critic Amy Taubin

The Video:
Restored from the original 16mm elements, the AVC-encoded 1080p 1.37:1 transfer looks excellent, but pointedly avoids cleaning up every last anomaly of the source footage. Some speckles and minor damage remain, but they only serve the organic low-budget style of the film. Colors are saturated without getting too intense. Detail is good for 16mm, and the transfer maintains a satisfying filmic look without getting overwhelmed by grain.

The Audio:
The LPCM mono audio has been effectively restored. Dialogue and ambience sounds good. No music, apart from some diegetic performances. Some brief passages are a bit muffled, but this seems the product of the guerrilla-style shoot. An optional English SDH track is available.

(HD, 1:02:20) - A portrait of Barbara Loden that was shot a few months before she died of cancer in 1980. Some of the highlights include a dinner-time poetry reading with her family, and excerpts from acting classes that she conducted, even in a weakened condition.


Final Thoughts:
Wanda is important historically as a rare '70s auteur film made by a female filmmaker. But its value goes far beyond history. This is a strange, moving film, whose characters might initially seem familiar, but finally reveal themselves to be unexpected and unique. Now, that Criterion has picked up the film, it seems likely that Wanda is poised to find its biggest audience yet. The film deserves it, and Criterion's disc is the perfect showcase. DVD Talk Collector Series. 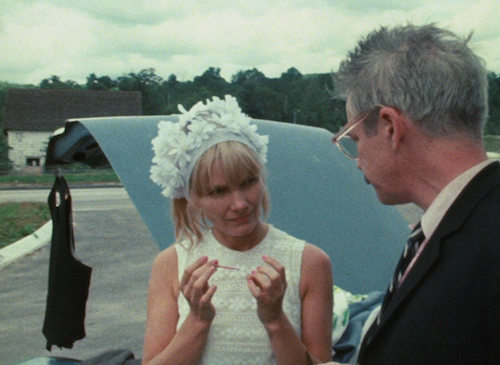