One Sings, The Other Doesn't: Criterion Collection 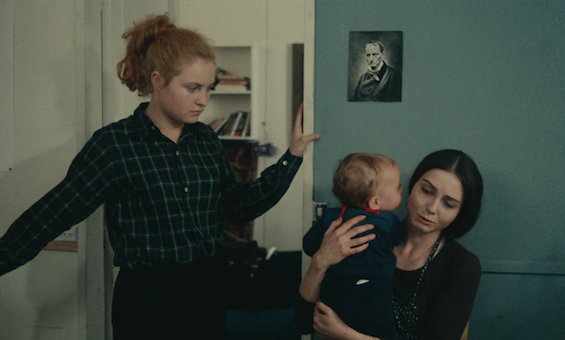 Agnès Varda's 1977 drama, One Sings, The Other Doesn't (L'une chante, l'autre pas), takes an episodic look at a decade and a half in the lives of two young women who superficially have little in common, but who continually find comfort and strength from each other. It's tempting to call it a self-conscious attempt to make a new kind of "women's picture." It doesn't skimp on the melodrama one might associate with this kind of flick, but One Sings couches its plot in the hard realities that women often have to face: the struggle over reproductive rights, single motherhood, and the power inequality in male-female relationships.

It's a film that's overtly feminist in ways that are still resonant and in some ways that feel dated or, perhaps more precisely, are idiosyncratic to Varda's interests at the time.

Motherhood and the photographic representation of the female body are themes that Varda returns to again and again (she highlighted them at least as early as her 1958 short, L'opéra Mouffe, which featured numerous still images of her own naked, pregnant body). So it's no surprise that One Sings opens in a photographer's studio in 1962, draped with arty stills of stoic, tired women. Seventeen-year-old Pauline (Valérie Mairesse) quizzes photographer Jérôme (Robert Dadiès) about why all the women look so sad. He claims that he has the patience to work with his subjects until they "stop posing" and reveal themselves, but Pauline remains skeptical. Pauline recognizes a young woman in one of the photos, a mother of two named Suzanne (Thérèse Liotard). Suzanne also happens to be Jérôme's mistress, and the two children are his.

And so, Varda already sets up her distinctions between the two women. Pauline is the kind of headstrong person who wouldn't submit to someone like Jérôme, while Suzanne has already given herself away: body, soul, and photographic image. Pauline is middle-class, Suzanne can barely scrape by. Pauline has curly red hair, Suzanne has straight dark hair. Pauline sings, Suzanne doesn't.

Varda suggests, however, that, in the greater context of a life lived, these distinctions are arbitrary. After they form their initial friendship, Pauline and Suzanne are separated for ten years. In 1972, they meet up again at a protest in support of a teenage girl on trial for having an abortion (it wasn't legalized in France until 1975). The pair don't have much time to talk, but they start writing each other postcards. These brief exchanges allow us, the audience, to see glimpses of events from the intervening years, but more vitally they build a relationship between Suzanne and Pauline (who takes on the decidedly hippie name "Pomme," or Apple) that transcends time and distance.

As the women's stories unfold, both forwards and backwards, one sees Varda unapologetically steering her narrative into hot-button territory. Abortion, a long-time staple of melodrama (although often in coded forms, depending on the era), plays a central part in both women's lives. After having an abortion in Switzerland, Suzanne is essentially exiled to hard labor on her family's farm. There, she works tirelessly in her spare time to become a medical secretary and eventually becomes a counselor at a Family Planning clinic. Later, Pomme makes her own trip out of the country to get rid of an unwanted pregnancy, where she discovers an odd comfort in the contemplative faces of the waiting women around her -- and also in a kind Iranian named Darius (Ali Rafie).

The romance between Pomme and Darius is similarly loaded. Hippie, progressive Pomme falls so deeply in love that she agrees to marry Darius, move to Iran, and submit to the religious and social demands expected of women there. Headstrong Pomme! Is she just going to give up singing!?!

As a viewer frequently averse to narratives that exist solely to Make A Point, I must admit that Varda has such a shaggy and earnest attitude to her characters, their emotions, and their points-of-view that most elements of agitprop in the flick play organically and are effective. It doesn't hurt that Varda arguably offers some moments of self-critique, by having Pomme join a touring feminist folk group that performs songs about things like Friedrich Engels's sexual politics. The rural audiences who witness their semi-theatrical performances react with a telling mix of delight and bafflement.

Because of the ambitious era-spanning canvas against which Varda sets her characters, the emotional throughline of the film can become a little foggy. This makes certain sections alienating rather than energizing. Also, just because of the way the cultural climate has shifted, Varda's focused fascination on womanhood as defined by the biological female body comes off as oddly rigid, when the intent was clearly to create camaraderie and inclusiveness.

However, the performances -- first-rate across the board -- are so warm and so connected that they essentially push these qualms off to the periphery. In its best moments, One Sings is humbly poetic in its evocation of friendship as a life force that sustains us through all our ups and downs. And that's the impression I expect viewers will be left with when the film is done. 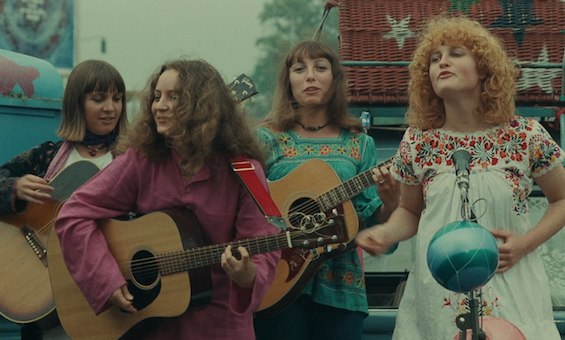 The Blu-ray
Criterion's disc of One Sings, The Other Doesn't comes with both the company's now-typical fold-out insert, this one featuring an essay by Amy Taubin, and a partial reproduction of the 1977 press book, featuring notes, lyrics, and even a few pages of sheet music.

The Video:
Sourced from a 2K restoration done by Varda's production company Ciné-Tamaris, this AVC-encoded 1080p 1.66:1 transfer is outstanding. Colors are saturated, although the film has a gently muted, blue-gray feel overall. Detail and depth are excellent. No noticeable digital encode issues.

The Audio:
The restored French LPCM mono audio (with optional English subtitles) is technically strong, but not a showstopper. No complaints.

(HD, 47:22) - This is an excellent documentary portrait of Agnès Varda, at work on this film and at home. She's just such a naturally compelling person that this is a pure joy to watch.

Final Thoughts:
An ambitious, offbeat, human-sized epic about female friendship that could only have come from Agnès Varda. Criterion's presentation is excellent. The whole package comes Highly Recommended. 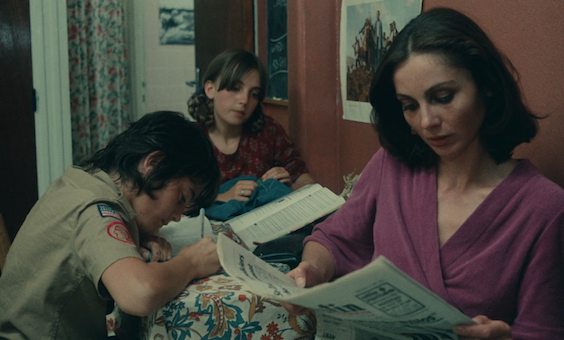