When A Stranger Calls Back

1979's When a Stranger Calls was one of my first exposures to "scary movies". I remember hearing an ad for it on the radio at night (with a sinister voice saying "When a STRANGER Calls! Rated R.") and then being unable to sleep. It was over a decade later when I finally saw the movie and I realized how generally dull it was- the only "scary" part was the first 20 or so minutes with the babysitter (Carol Kane) getting the phone calls. That quickly wrapped up and the remainder of the movie was a rather boring, certainly not scary, manhunt after the bad guy escapes from prison. I'd known about this sequel, originally made for Showtime and then dumped on home video, and thought that just maybe it would deliver the goods that the original seemed to have promised. I've now been able to check it out through Scream Factory's Blu-Ray release. 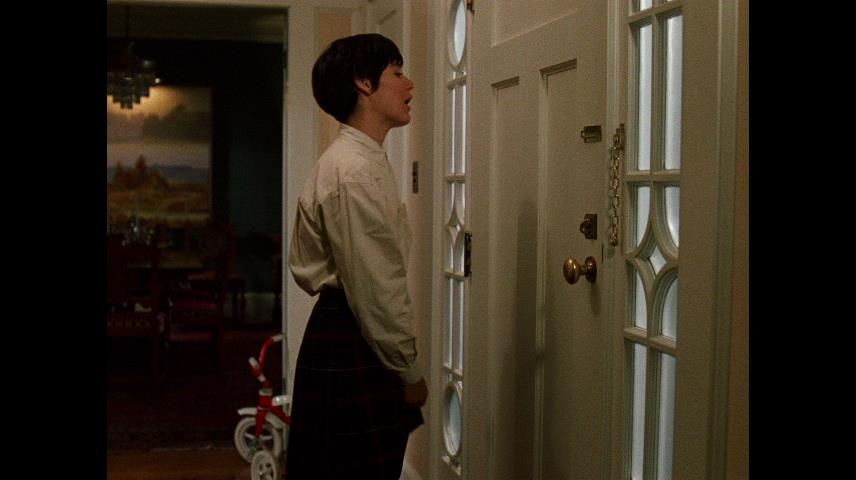 This one was made in 1993, still a bit before cell phones changed the landscape but there's even fewer calls here than in the first movie- in fact, a better title would have been When a Stranger Messes With You. They try to do an opening to rival the original where Julia (Jill Schoelen, who I've liked in the other movies she's been in) is another babysitter with the kids already upstairs asleep. There's a knock at the front door and she doesn't open it, instead just shouting through it to the person outside. He tells her that his car has broken down and he needs to call the auto club. She doesn't let him in but offers to make the call for him- this is where it gets weird. She picks the phone up and finds that the line is dead, but she just pretends to make the call anyway and lets him know that help will be coming. Things escalate a bit when no help comes and the guy outside keeps bugging her.

Five years after that, Julia is a college student and comes home to find a child's shirt mysteriously placed and hanging in her closet. She reports this along with a few other odd things that aren't shown, like small things in her apartment being moved around just as a slight sign that someone has been there. This ends up with her talking to Carol Kane's character Jill from the first movie (it's too bad that Jill Schoelen's character here wasn't named Carol, then wouldn't that be confusing) who is now the "director of women's services" at her college and teaches stuff like self-defense. She finds the situation similar to what happened to her before, and calls in an "old friend" for help- who turns out to be John Clifford (Charles Durning) who conducted the first movie's manhunt. He enters the movie as if it were a reunion special, and we almost expect to hear an audience applaud. The two of them suspect right away that whoever is messing around with Julia is the same person who appeared at the house in the beginning- basically another dull whodunit like the first movie. The events here are memorably ridiculous, including Julia buying a gun for self-defense but then shooting but not killing herself, and an investigative visit to a strip club that has a ventriloquist with a faceless dummy for an opening act. I've never shut off a movie partway through, but I imagine that many people have done that with this. 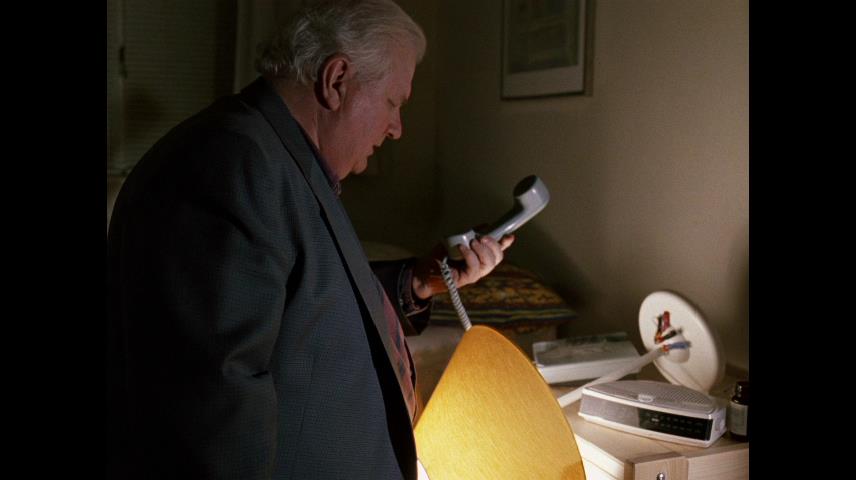 Curiously this Blu-Ray offers the choice of both a widescreen (1.78) and "full frame" (1.33, with black side bars) presentation, but doesn't tell you which one is correct. I knew that this movie went direct to video and was only seen that way but was meant to be shown theatrically, so perhaps they included the 4x3 version to preserve the way most people had seen it. I watched the wide version first but the clips included in the extras were all in 4x3, so it seems that's actually the "correct" presentation. Both compositions are fine, but you can see a few more small details in the 4x3 version which are masked off in widescreen. The movie was at least still posted on film elements, allowing for a decent hi-def presentation here. The production still has an atmosphere closer to a movie than something made for TV, and aside from a few slight compression artifacts visible in dark scenes the Blu-Ray looks as it should.

The audio is about on par with TV productions of the time however, with decent sound quality but sparing use of stereo. Many scenes are essentially mono with everything in the center channel with the left and right opened up for music. A few sound effects add some atmosphere into the other channels, most notably a siren heard in the background during a conversation which I almost mistook for a real one outside. Hearing-impaired subtitles are included. 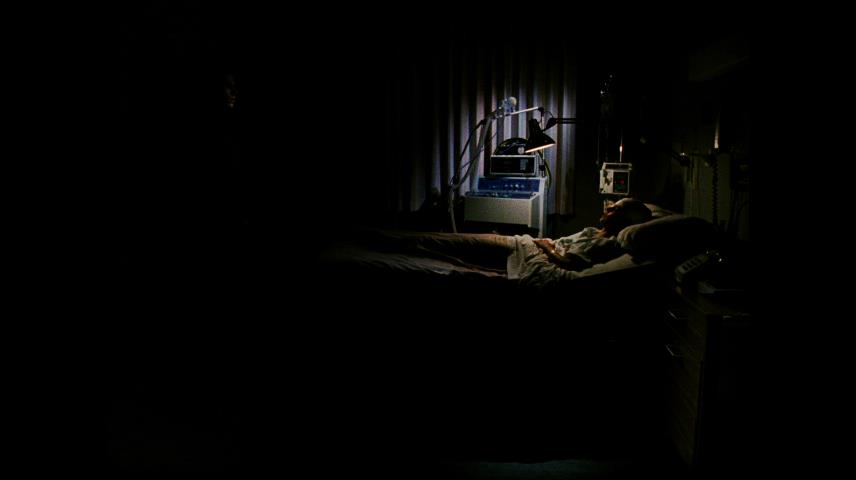 I'll give Shout/Scream Factory credit for digging up decent extras even for forgettable titles like this, knowing that they still have fans out there who will appreciate them. Three lengthy interviews with director Fred Walton and cast members Kane and Schoelen were done for this disc, all of whom hold this movie in high regard- Schoelen even says that this was her favorite role. Their positivity didn't change my opinion of the movie however. The real extra that some might find reason enough to buy this disc is a short film called "The Sitter", directed by Walton that served as the basis for the first Stranger movie- this is essentially the opening segment of that performed on a smaller scale, and it's transferred in hi-def from a film print. Finally there's a cheesy one-minute promo that gives away a key moment in the ending which is just about the only somewhat creative moment in this movie- I still won't spoil it for you here. 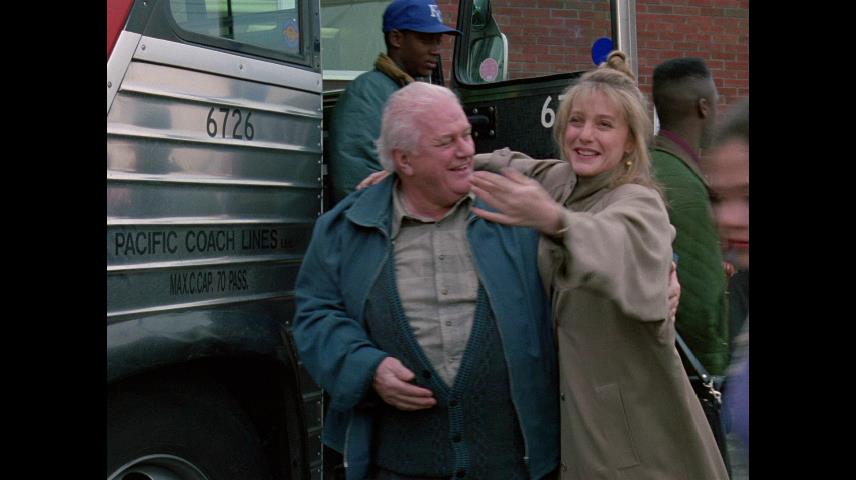 This stranger doesn't really call back, they just sort of make an unneeded second visit after an original movie that wasn't all that great to begin with. Unless you somehow were enthralled with this movie originally or are a really big fan of the first one, it simply isn't worth your time. I still applaud Scream Factory for putting effort into this release and almost hate to bad-mouth it, but this is simply one of those movies that will have you wondering why you bothered with it, looking back on it only to laugh at its ridiculousness.