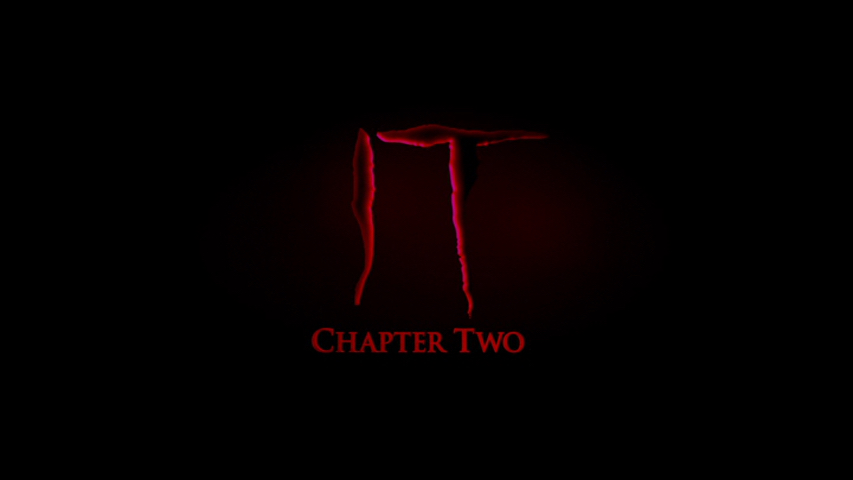 Images captured from DVD and do not represent the quality of the Blu-ray presentation.

Twenty-seven years after the events in It, a malevolent entity has returned to Derry, Maine. An adult Mike Hanlon (Isaiah Mustafa) witnesses the aftermath of a brutal double murder and discovers that Pennywise the Dancing Clown has awakened to prey on the town's children again. Hanlon assembles his childhood friends, the Losers, including Bill Denbrough (James McAvoy), Richie Tozier (Bill Hader), Ben Hanscom (Jay Ryan), Eddie Kaspbrak (James Ransone) and Beverly Marsh (Jessica Chastain), who have apparently forgotten most of their horrific encounters with Pennywise, to fulfill the promise they made at the end of that fateful summer to join together again and kill the creature if it ever returned. Again directed by Andy Muschietti and based off the Stephen King novel, It: Chapter Two is an entertaining, if somewhat messy, follow-up that benefits from strong performances from the leads and a standout Bill Skarsgard as Pennywise. The movie never feels close to its 169 minutes thanks to breakneck pacing, and Muscietti wisely injects more humor into this supersize sequel.

There is certainly a lot going on in this modern-day sequel, which is no surprise given the 1,138-page source. The movie largely assumes viewers are familiar with the narrative of its predecessor, though it does include flashbacks that offer both new and repeat material. The Losers reassemble for dinner at a Chinese restaurant and realize that only a return to Derry and seeing each other again after nearly three decades have allowed their memories of previous encounters with It to resurface. The creature kills a homosexual couple after they are abused by town bullies following a trip to a local fair, a scene pulled from King's novel. Simultaneously, sociopath Henry Bowers (Teach Grant), who terrorized the Losers in 1989, escapes from a mental ward with Pennywise's help and seeks out the adult friends. The friends struggle with their own personal baggage and the notion that It has returned if it ever existed at all. Soon, each of the Losers is terrorized by twisted visions and Pennywise encounters, and the group must rely on each other to defeat this ultimate evil. 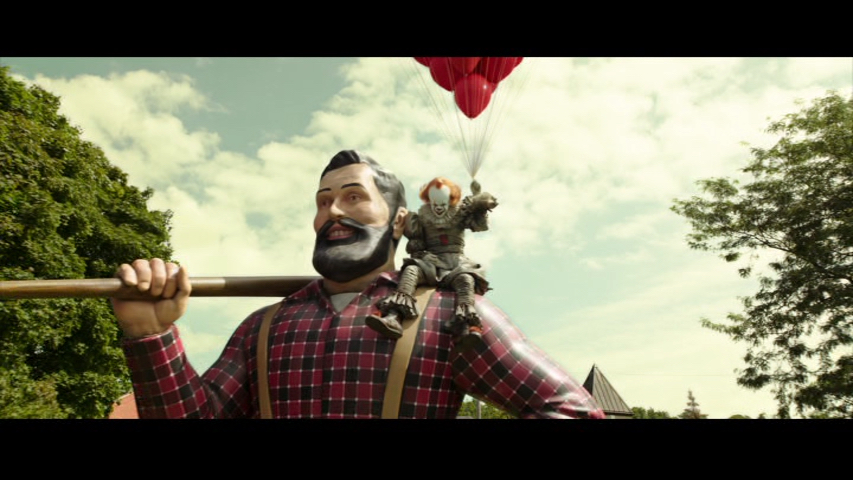 My biggest criticism of It: Chapter Two is that it feels like a mess. It is an endearing, entertaining, often funny and occasionally scary mess, but a mess nonetheless. The opening half jumps from scene to scene and set piece to set piece without pausing to breathe, and the film occasionally struggles with tone, slamming from dreadful terror with Pennywise to campy, haunted-house spooks and character melodrama. The film is like a big, unwieldly funhouse, but Muschietti and company offer enough compelling characters, human drama and thrills to keep It: Chapter Two on course. The film ultimately climaxes in the Losers facing It together and attempting to kill the creature once and for all. Chapter Two includes a mystic ritual Hanlon learns, but it is more trick than an effective It killer as in King's novel. The Losers here ultimately bully the bully, which is effective because this filmed It includes more of the Pennywise, clown-head It than the book's arachnid creature.

Skarsgard again provides a standout performance as Pennywise, and he commands the screen at all times. Pennywise has relatively little screen time, probably 20 minutes during the nearly three-hour film, but each encounter is effective. McAvoy and Ransone are standouts as their adult Losers, as are Finn Wolfhard and Sophia Lillis as young Richie Tozier and Beverly Marsh, respectively. Gary Dauberman's screenplay offers welcome humor amid the thrills, and both the young and adult casts have good chemistry. Like the previous film, and 1990 It miniseries, too, It: Chapter Two gets a little wild in the climax but ultimately sticks its landing with a more hopeful ending than the novel. Although it is a bit of a mess, It: Chapter Two flies by despite an extended running time and offers plenty of entertainment for fans of the first film. 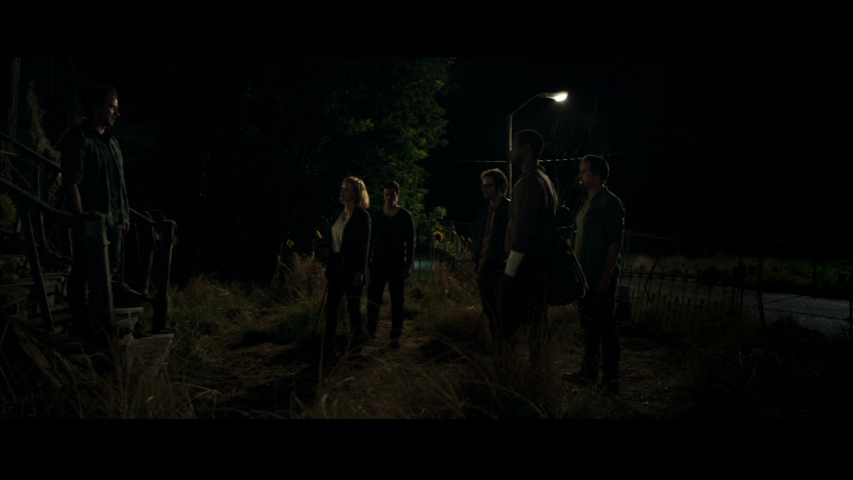 This digitally shot production receives a handsome 2.39:1/1080p/AVC-encoded image from Warner Brothers that offers excellent fine-object detail and texture. There are many low-light and nighttime scenes, and the image offers excellent clarity, strong shadow detail and inky black levels. Contrast and skin tones are spot-on, and close-ups reveal intimate facial features and costume texture. Wide shots are crisp and clean, and only a few CGI-heavy shots appear slightly softer. Colors are bold and nicely saturated, and I noticed no issues with compression artifacts despite the extended running time.

The Dolby Atmos mix, which I sampled as a 7.1 Dolby TrueHD soundtrack, is rambunctious, with plenty of action effects that make use of the entire sound field. Dialogue is crisp and clear, whether delivered from the center channel or directionally, and is balanced appropriately with effects and score. Ambient effects surround the viewer, and action-heavy bits are supported with a rumbling LFE. English, French, Spanish and Portuguese 5.1 Dolby Digital mixes are included, as are English SDH, French, Spanish and Portuguese subtitles.

This three-disc set includes the movie Blu-ray, a Blu-ray of bonus features, a DVD and an HD digital copy code. The discs are packed in a standard Blu-ray case that is wrapped in a slipcover. One the first disc you get a Commentary by Director Andy Muschietti, and the remaining extras are on the second disc: The Summers of It: You'll Float, Too (35:38/HD) focuses on the younger generation of the Losers and the actors that play these characters. It offers excellent behind-the-scenes footage and interviews, as does The Summers of It: Chapter Two: It Ends (39:30/HD), which focuses on the older characters. You also get Pennywise Lives Again (9:55/HD), an interview with Skarsgard, This Meeting of the Losers' Club Has Officially Begun (8:12/HD), about the characters, and Finding the Deadlights (6:18/HD), an interview with author King. 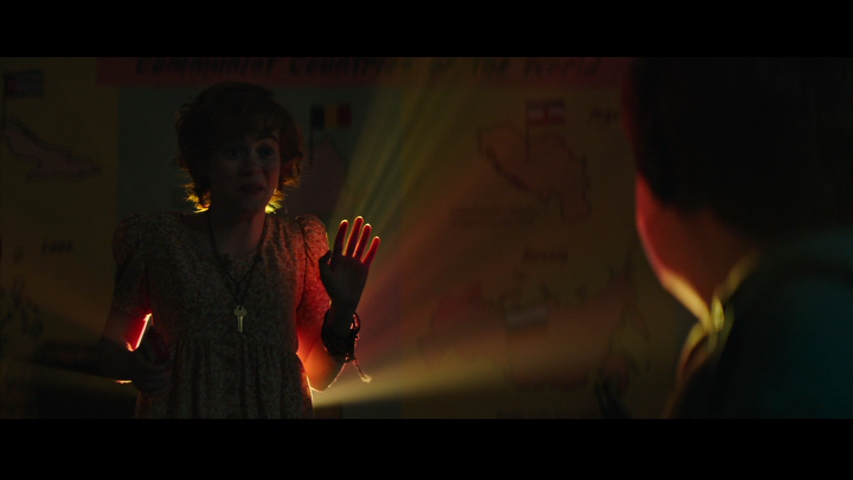 I am not sure It: Chapter Two is quite as effective as its predecessor (both are better than the 1990 miniseries in my eyes), but it offers an extended, entertaining and occasionally messy conclusion to the decades-spanning story. Bill Skarsgard is again a standout as Pennywise, and Warner Brothers' Blu-ray offers excellent picture and sound and some solid bonus material. Recommended. 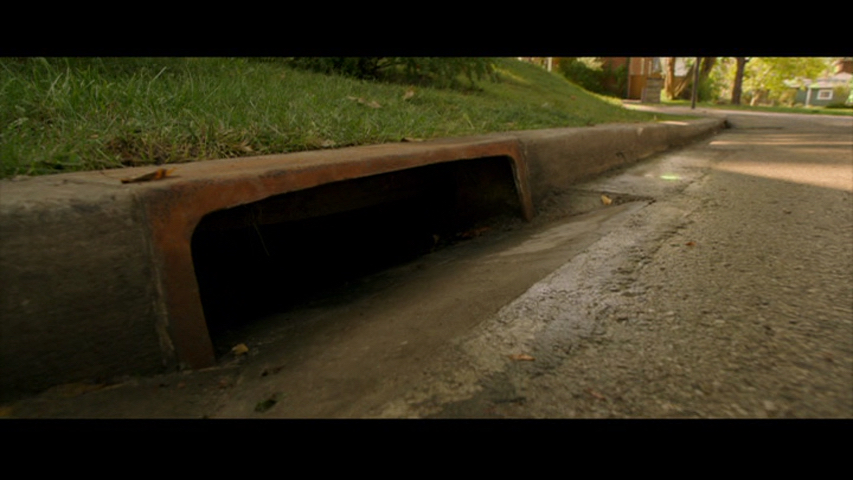 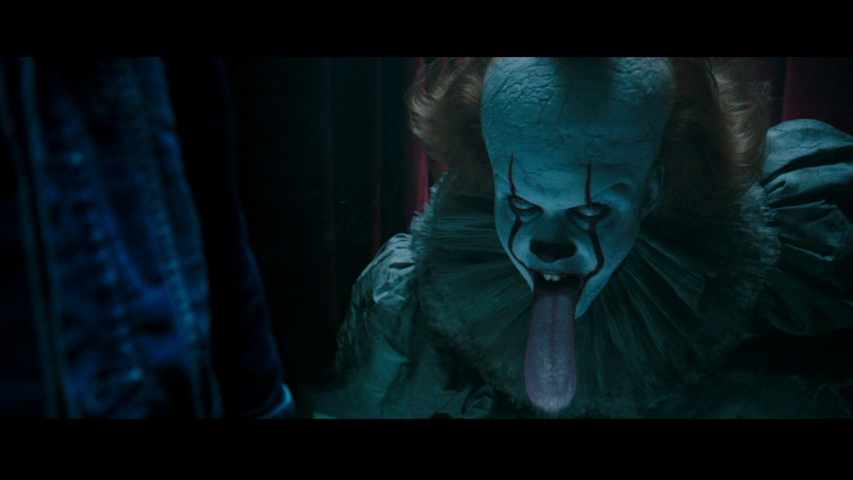 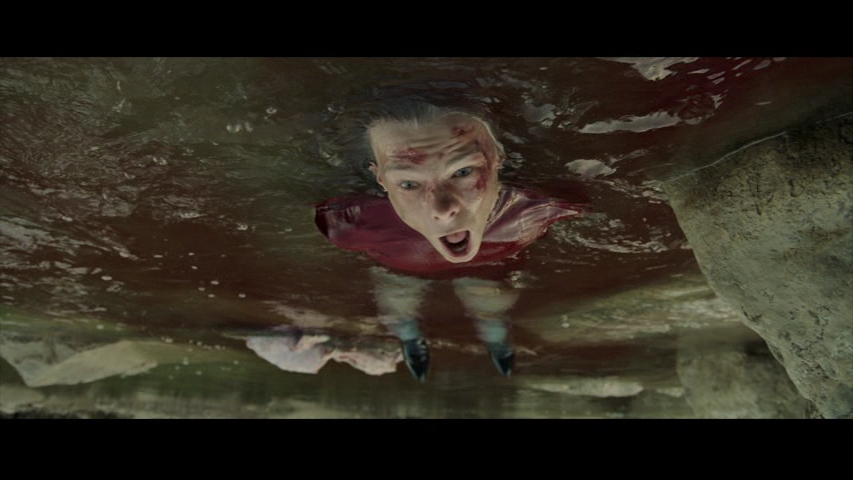 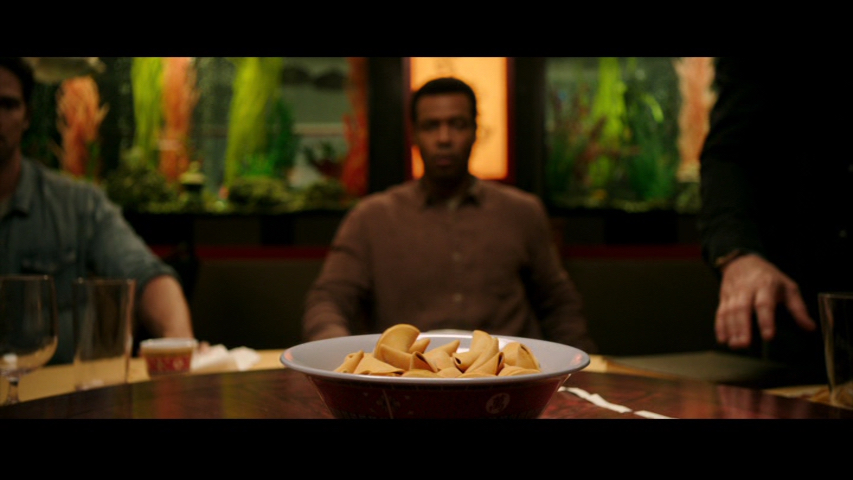 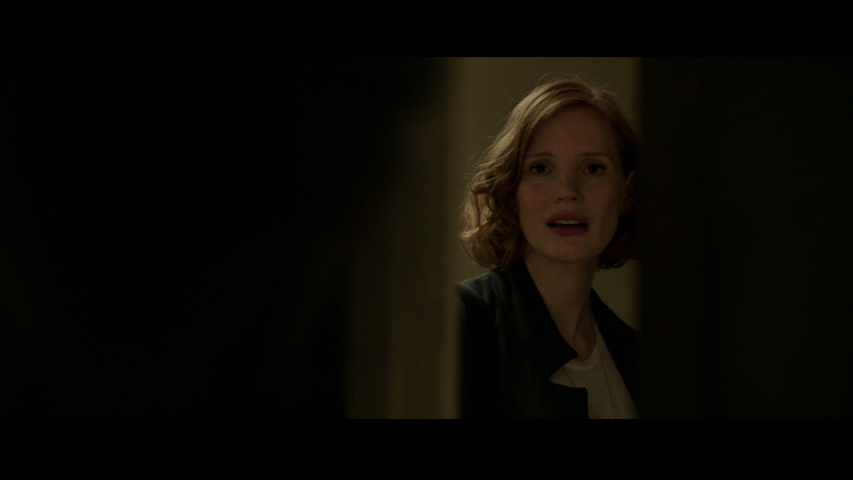 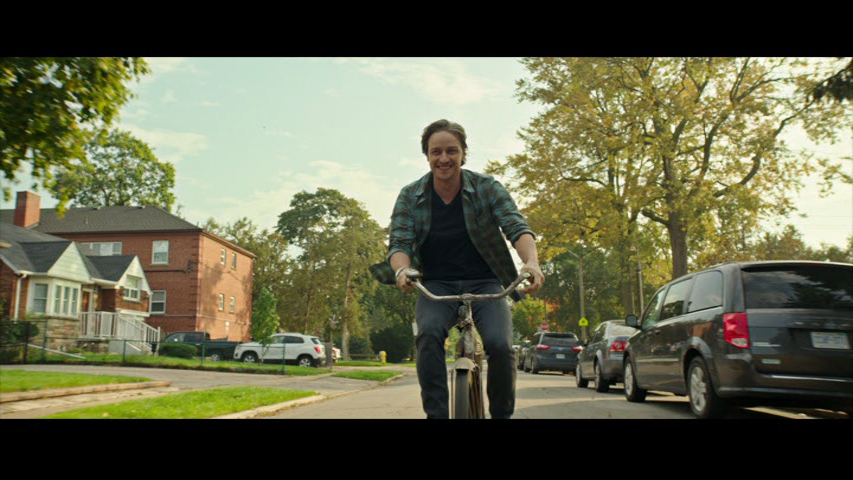 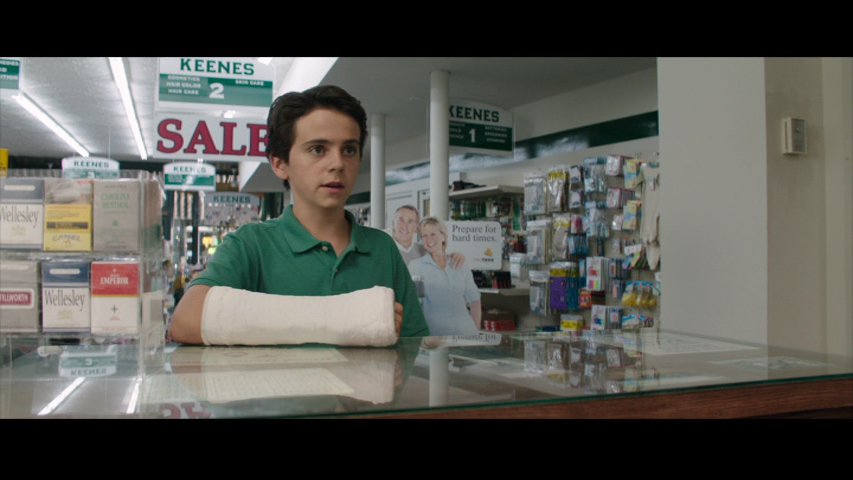 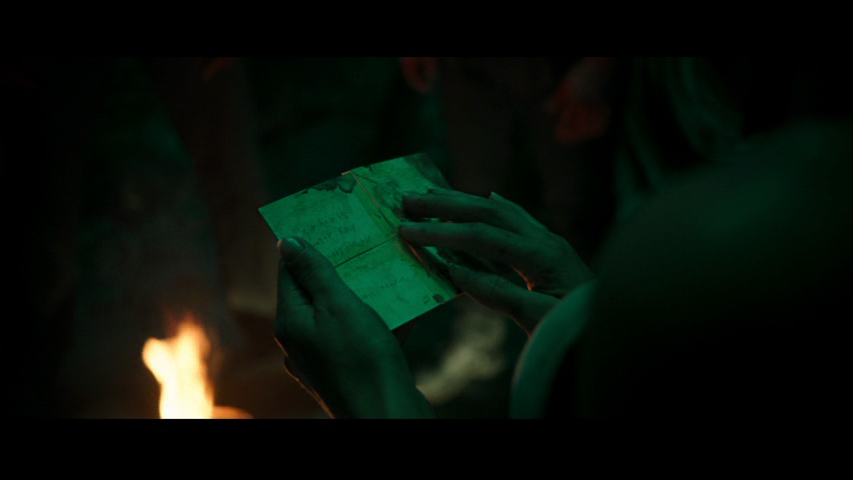 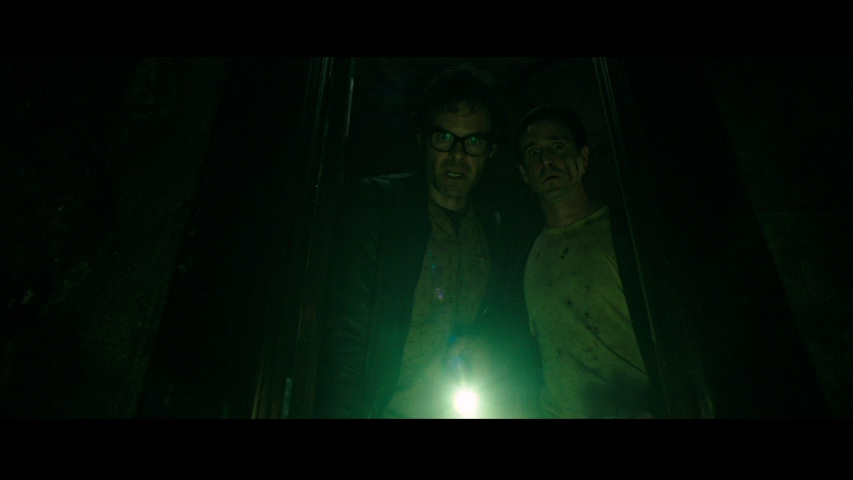 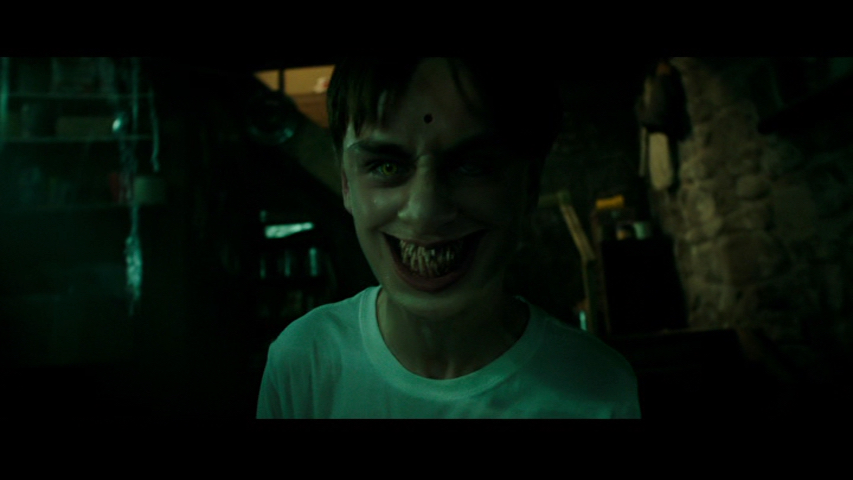 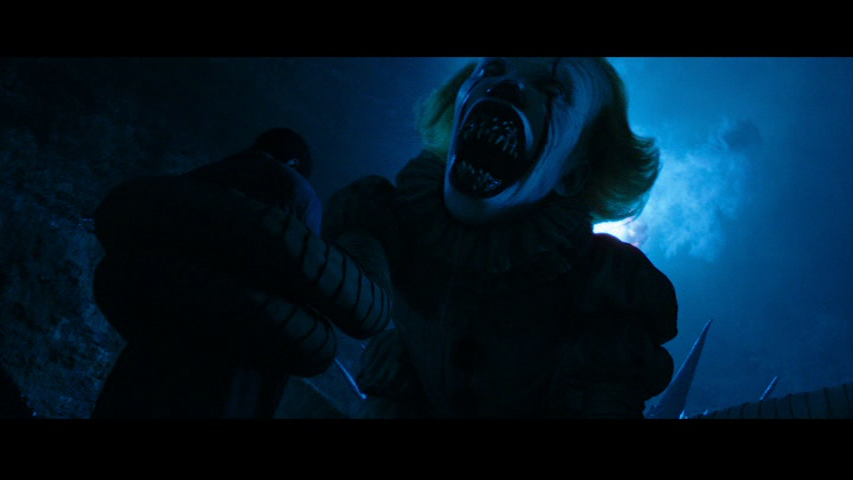 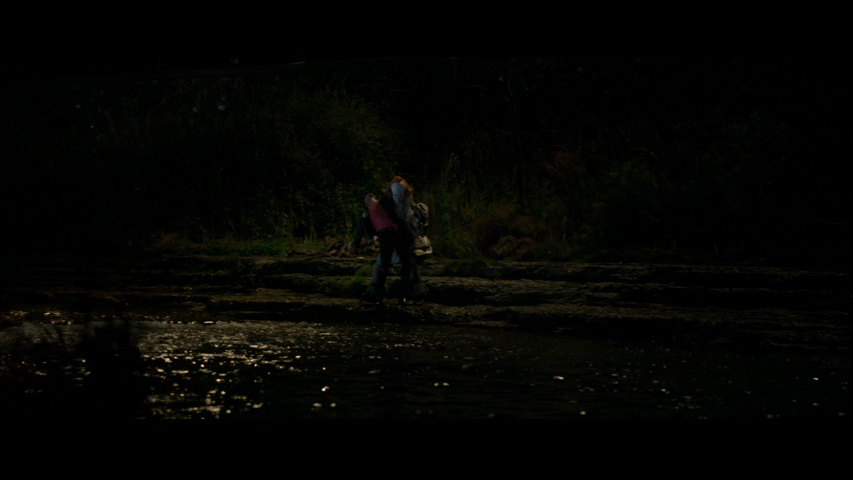