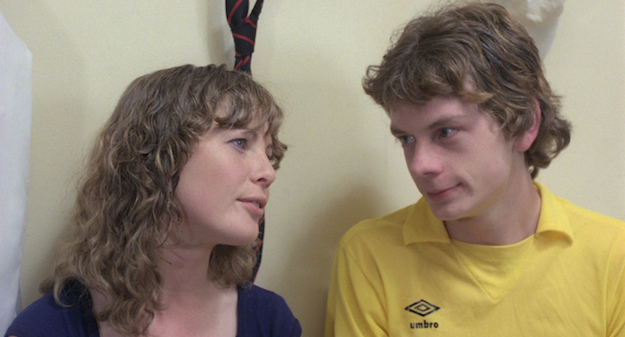 Scottish filmmaker Bill Forsyth is an unassuming magician. His films, of which there are sadly too few, weave a spell out of ordinary life that makes it seem more wonderful and odd than it probably is. In his recent review of Forsyth's international success Local Hero, DVD Talk's own Stuart Galbraith IV states that that film "beguiles most who have seen it, but pinpointing exactly why it's so uniquely disarming isn't so easy."

The same holds true for Forsyth's recently reissued 1980 film Gregory's Girl, a teen comedy that's both utterly typical and highly unusual. It's a bit crude, but not so much that you would get offended. It's a bit silly, but not so much that it stops being real. It's so sweet and adorable that you'd want to hug it if you could. But it's not cloying or twee, so you'd never want to punch it if you could.

Modern viewers will spot moments that remind them of John Hughes, Fast Times at Ridgemont High, and even Napoleon Dynamite. It comes with the territory -- although Gregory's Girl technically got there first. And the film has such a specific attitude and tone that it can't help feeling fresh, even after four decades of further teen comedies.

John Gordon Sinclair is Gregory, a lanky goof who likes football (soccer), drumming, and girls, although he is inept with all three. His coach decides to hold tryouts to replace him on the school football team, which brings Dorothy (Dee Hepburn) into his life. Not only is she so talented that the coach has to relent and let her on the all-boys team, but Gregory is so smitten with her charms that he doesn't even care that this means he has been demoted to goalie.

The film's title, Gregory's Girl, soon reveals itself as ironic, since Dorothy becomes the object of fascination and affection of most of the boys in school once she becomes a breakout football star. Meanwhile, Gregory spends most of the film's running time fretting over how to express his lovey-dovey feelings to Dorothy, unable to even think about asking her out on a date. In other words, the only person who considers Dorothy to be "Gregory's girl" is Gregory.

It's the simplest of premises, but Forsyth peoples his film with a Dazed and Confused-like ensemble of memorable peripheral characters and intersecting subplots to keep things constantly amusing. There's the two would-be pick-up artists whose tactless use of scientific facts effectively alienates all the girls in school. The photography student who runs a lucrative pin-up business out of the boys' bathroom. The pal of Gregory's who's already an expert pastry chef with talents and tastes far beyond those of the philistines who would be his customers (in a nice bit of subtlety indicative of Forsyth's style, one can deduce from a few lines of dialogue and small actions that this character is probably gay, but it never is expressly trumpeted for the cheap seats).

In Forsyth's world, the male characters are all adolescent goofs, including and especially the teachers. There's a funny running bit about how the football coach is ridiculously proud that his mustache is finally starting to grow in. Meanwhile, the female characters are more grounded -- and yes, smarter. Allison Forster steals the show as Gregory's 10-year-old sister, wise beyond her years and full of useful advice about how her brother should proceed with Dorothy. Clare Grogan (of the band Altered Images) also makes an indelible impression as a kind of dark horse candidate for Gregory's affection -- to say more might spoil it.

The cast and filmmaker find the right tone of natural "extra"-ness that blends ridiculousness and relatability into something soothing. Even when Forsyth throws some patently odd images on the screen, like a dozen stray small children left crying on Gregory's front lawn or a wandering student in a penguin suit, it just makes sense. 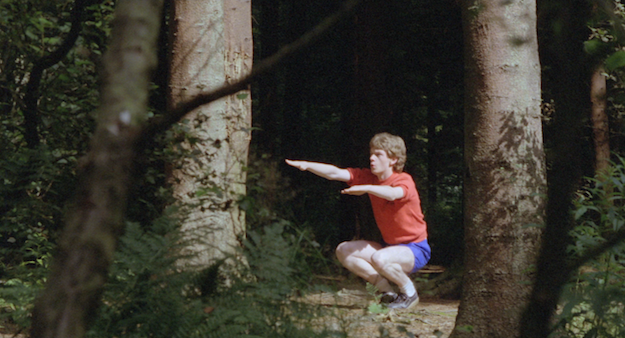 The Blu-ray
Critic Jonathan Murray contributes an essay on the film to the enclosed booklet, which also features some color stills.

The Audio:
As with the MGM DVD release from 2001, there are two English Dolby Digital 2.0 stereo options, featuring the original audio and an American-friendly re-dub with less pronounced Scottish accents. The original audio is preferable to these ears, and the disc offers an English SDH track if you have trouble making anything out. A French Dolby Digital 2.0 stereo dub is also offered. Oddly, these are all lossy options, instead of the lossless tracks that appeared on Second Sight's Blu-ray release from 2014.

- Observer critic Kermode essentially interviews director Forsyth about the film as it plays. Sometimes they address the action on screen, but it's overall a more general -- though genial -- chat.


Final Thoughts:
It's hard to express how odd and wonderful Gregory's Girl is. Even when it's slyly cynical, the film is sweet and charming. Great, young cast. Tremendous script and perfect, low-key direction. It's lightning in a bottle essentially. This release gets a slight ding for not offering a lossless audio option (seriously!?), but if that's not a deal-breaker for you, Gregory's Girl comes Highly Recommended. 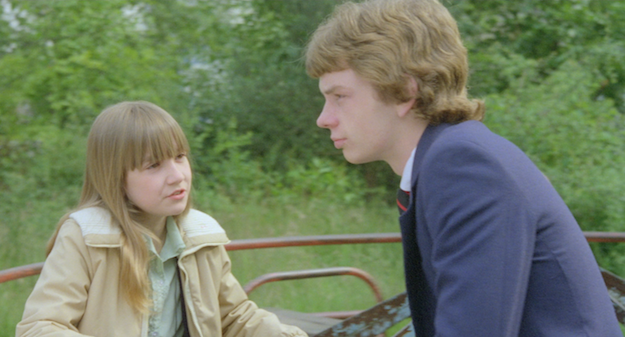