Song of Songs, The 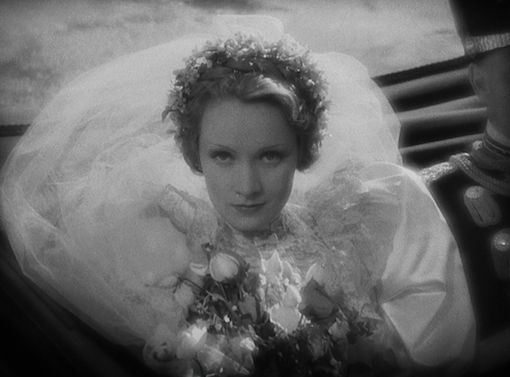 Released in 1933, The Song of Songs arrived right in the middle of Marlene Dietrich's breakthrough period in Hollywood. If it's not as well remembered as Blonde Venus or The Scarlet Empress, the two films that bookend it in Dietrich's career, that is most likely because it was made during a brief break in the actor's creative partnership with Josef von Sternberg. At the helm of Song of Songs is Rouben Mamoulian (Dr. Jekyll & Mr. Hyde, Love Me Tonight), whose work is smart and stylish but certainly not as exquisitely fussed-over as the von Sternberg flicks.

This relative lack of reverence for Song of Songs is in no way indicative of its quality as a Dietrich showcase. She's outstanding here, enlivening a sturdy romantic melodrama and transforming it into something memorable.

For viewers used to seeing Dietrich as a streetwise vamp, it's slightly disconcerting to see how earnestly she initially inhabits the role of Lily. Orphaned in the first scene, Lily is a German country girl who travels to big bad Berlin, to live with her generally disapproving "tante," Frau Rasmussen (Alison Skipworth). Tante Rasmussen watches with a mixture of amusement and exasperation as Lily prepares for bed by taking off a half-dozen petticoats. "I've never seen a girl unpeel herself like an onion before," she observes.

Lily is a romantic idealist, inspired by the poetry of the Bible's Song of Songs. She becomes enamored of a sculptor who lives across the street from her aunt's bookshop. The sculptor, Richard (Brian Aherne), finds some much needed inspiration in the curves of Lily's body, while Lily finds the spark of life and (seemingly) perfect love in Richard's arms. 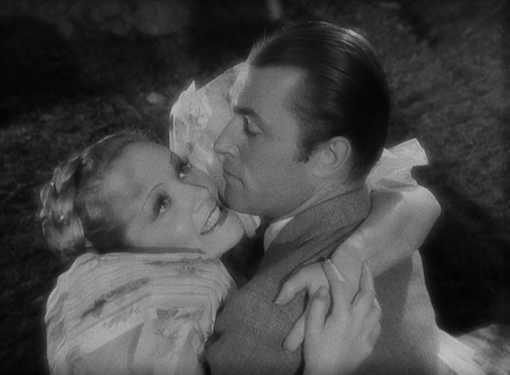 A disruption to this romantic bliss comes in the form of Baron von Merzbach, played with black-hearted panache by Lionel Atwill of the Universal Frankenstein series. Merzbach is Richard's patron, and while he is delighted by the statue of Lily that Richard is working on, he'd rather possess the real thing. (The anatomical verisimilitude of the Dietrich likeness is decidedly pre-Code, and plausibly would inspire all sorts of onlookers to the Baron's level of prurient desire.) He convinces Richard that he'd better let the girl off the hook; you're just gonna break her heart eventually, the Baron reasons, might as well break it now and let me treat her to the life of a Baroness.

Sadly (for him at least), Richard does. He flees, allowing the Baron to propose marriage to Lily. Lily agrees, even though she is clearly repulsed by the Baron. As their loveless marriage progresses, the Baron tries to shape Lily into a refined woman of culture he can be pleased to have on his arm. Instead, she transforms into the disillusioned, world-weary vamp that we love as desperately as the silly men who flit around her in this film.

Without von Sternberg there to take the credit, The Song of Songs offers great early evidence of Marlene Dietrich as an on-camera auteur. She not only keeps this film afloat and alive, she makes all the other elements subservient to her glorious image and carefully modulated performance. I'm not saying that she's surrounded by slouches in the least, but it's hard to imagine The Song of Songs making nearly the impact it does without the beauty and artistry of Dietrich at its center. Talk about star power. 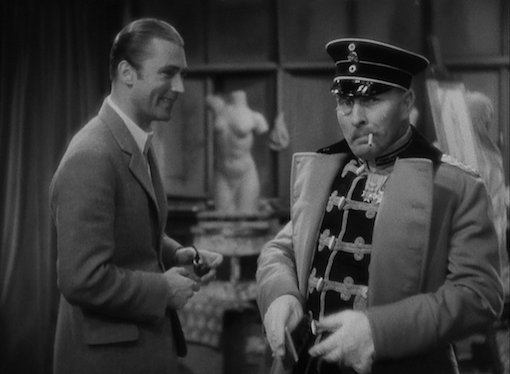 The Video:
Strong detail and contrast from this AVC-encoded 1080p 1.37:1 presentation. This compliments a satisfying filmic look, with no glaring compression issues. The film elements are a little beaten up, with dirt and scratches popping up throughout; it never gets to a distracting level, I'd say. Some sporadic density issues, too, but pretty darn good overall.

The Audio:
The DTS-HD MA 2.0 mono audio track does a good job of reproducing the original audio, with its inborn limitations. Like the image, there's a smidge of unrepaired degradation to be detected but overall, it's been cleaned up in a pleasing way. An English subtitles option is included.

- Boy, do I love to hear David Del Valle talk about films. He's smart and spirited without coming off as snobby. I can think of no one I'd rather have recount 80-year-old gossip to me. One nitpick: He confoundingly adds extra letters to people's names sometimes. Rouben Mamoulian becomes "Rouben Mal-moulian" and Brian Aherne becomes "Brian At-herne." (Hey, I said it was a nitpick.)

Final Thoughts:
A tremendous performance by Marlene Dietrich at the peak of her powers (along with solid character turns by the supporting cast) makes this half-forgotten flick a gem worth seeking out. Highly Recommended. 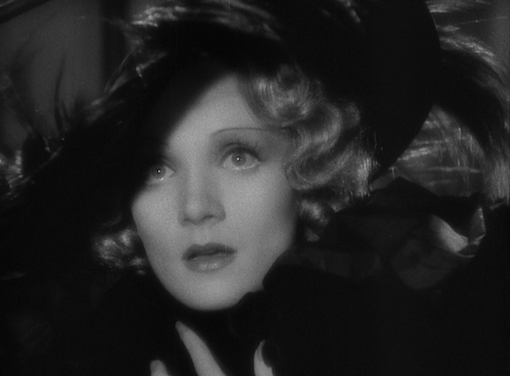