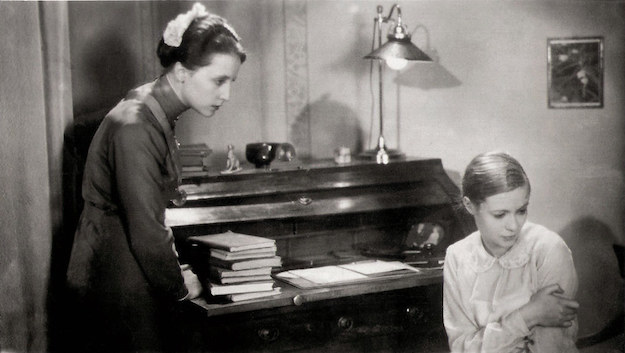 NOTE:The images accompanying this review are promotional stills that do not reflect the quality of the Blu-ray under review.

While the title Mädchen in Uniform (Girls in Uniform) might bring to mind a fetish-y exploitation movie, Leontine Sagan's early sound film is both more romantic and political in its taboo-breaking. Adapted by Christa Winsloe from one of her plays, the film follows a sensitive teenager as she enters an aristocratic all-girls boarding school and falls head over heels for one of her teachers.

Mädchen in Uniform didn't make an enormous splash in Germany upon release. But now, it stands as a landmark in queer representation onscreen. Mädchen was eventually banned by the Nazis, though this might have been more for its anti-authoritarian themes than for its lesbian characters. The headmistress of the film's boarding school (Emilia Unda) is obsessed with austerity and instilling discipline into her charges. Meanwhile, one of the teachers, Miss von Bernburg (Dorothea Wieck) is more compassionate and interested in listening to her students. The tension between the two women creates a faint whiff of Dead Poets Society except, instead of cajoling students to stand on desks, Miss von Bernburg gives all the girls in her dorm a goodnight kiss on the forehead.

This sort of behavior has given many a schoolgirl a crush on Miss von Bernburg, but none more intense than Manuela (Hertha Thiele). Manuela is the newest girl in school, sensitive and introspective with a rebellious streak. She has lost her mother, so initially her affection for Miss von Bernburg could be read as the character's yearning for maternal energy. But Manuela comes clean eventually that she doesn't just love Miss von Bernburg, she is in love with her. The fact that Miss von Bernburg gives Manuela a kiss on the mouth instead of the forehead -- and gives Manuela undergarments (!) from her own closet (!) to replace the girl's tattered clothes -- suggests that the feeling just might be mutual.

Early sound films were notoriously hamstrung by the bulk of soundproofed cameras, but director Sagan (aided by producer and "artistic director" Carl Froelich) creates a fluid look for the film as playful as the schoolgirl-filled setting. The school itself is imbued with a dark menace, but the main characters are often shot to glow like angels.

Hertha Thiele is highly sympathetic in the lead role, but the whole ensemble of young women playing the students are well-cast. The show is consistently stolen by Ellen Schwanneke as an enthusiastic troublemaker named Ilse, who thumbs her nose at the stuffy headmistress and her attendant flunkies. I kept thinking she's kind of a Clea DuVall type, roughly 65 years before Clea DuVall embodied that type.

Mädchen in Uniform is not without some corny or oddly handled moments but, for the most part, it is a refreshing and sometimes ravishing portrayal of young love and coming-of-age. 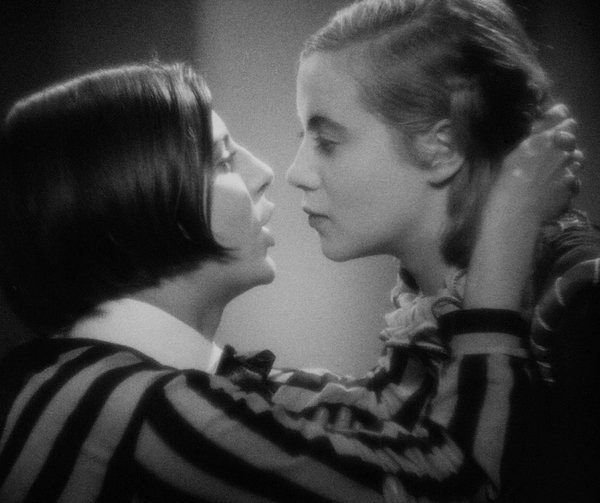 The Video:
The AVC-encoded 1080p 1.19:1 presentation shows some signs of age damage, but is mostly quite clean and stable. The clarity and contrast are quite good, except when the cinematography intentionally goes into soft focus. There are also moments where the whites blow out, and usually this also seems to be an intentional choice of the filmmakers.

The Audio:
Some age and some surface noise is also present on the German LPCM mono audio track. But, as with the picture, it seems like a fair amount of restoration has been done to minimize these distractions. Optional English subtitles are provided.

- Filmmaker and LGBTQ film historian Olson discusses the film's history and its portrayal of lesbian characters. Olson's voice is a bit low-key and dry, but her reading of the film is cogent and engaging.

Final Thoughts:
Young women might have a special affinity for this flick, but all fans of classic cinema should be pleased. Highly Recommended. 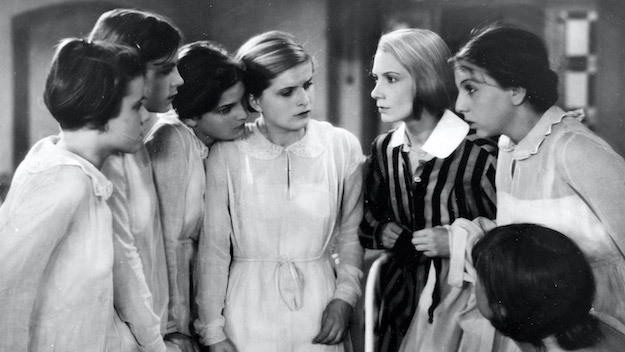