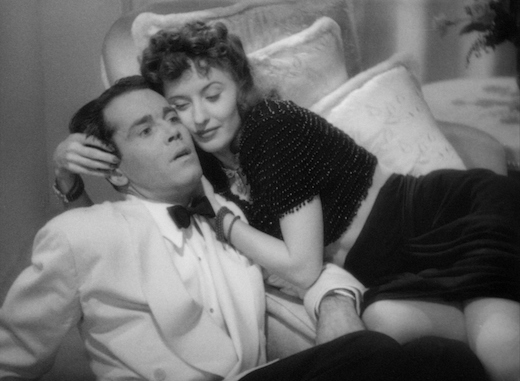 One of Preston Sturges's best-loved films, the 1941 screwball comedy The Lady Eve gets the Blu-ray upgrade from the Criterion Collection, who first put the movie on DVD in 2001. (It also appeared in a Universal box set of Sturges films.)

The film stars Barbara Stanwyck as con woman Jean Harrington, who sets her sights on snake scientist and heir to an ale fortune, Charles Pike (Henry Fonda). Pike is handsome and booksmart but totally naive, making him a big fat mark for Jean and her card sharp papa, known as the Colonel (Charles Coburn). Stanwyck is perfectly in her element, savvy and sexy in Edith Head's flattering gowns. Fonda, though better known for drama, is a marvelous comic milquetoast who finds himself constantly tripped-up -- often quite literally -- by his female co-star.

For Jean, the idea is to make Charles fall in love with her -- which happens quite easily. The complication comes when Jean realizes she's falling for Charles just as hard. When it comes time for the Colonel fleece the shnook for all he's worth, Jean steps in and saves her oblivious suitor. However, when Charles learns the truth about Jean -- thanks to the snooping of his streetwise pal Muggsy (Sturges's regular secret weapon, William Demarest) -- their brief courtship ends in acrimony.

For the second half of the film, the embittered Jean decides to make good on that con she fouled up by being a lovestruck sucker. She poses as visiting British nobility, the Lady Eve Sidwich, and seduces Charles all over again. When "Eve" shows up at the Pike mansion for a party, Muggsy argues with Charles that Eve is clearly Jean. "Positively the same dame," becomes the sidekick's mantra. Charles retorts that Eve looks too much like Jean to actually be her. His gut tells him that if this was Jean trying to pull a fast one, she would be more clandestine about it. Leaning on that kind of pretzel logic, Charles's comeuppance is almost completely assured.

The Lady Eve is a lightning-in-a-bottle production where the chemistry of the cast converges with the wit and economy of the material to make magic. And while the chemistry of our leads is almost miraculous -- as evidenced in an oft-referenced long-take two-shot, where Stanwyck and Fonda's faces are smushed side by side, with her playing with his hair as they talk about love -- every single part is filled by a memorable character actor who seems tailor-made for their role. Demarest as Muggsy. Coburn as the world-weary and wise Colonel. Eugene Pallette as Charles's bulldog of a dad. Eric Blore as a cheeky British con man whose noble racket gives Jean her inspiration for Eve. And on and on.

While The Lady Eve is not my favorite Sturges -- that honor belongs to The Palm Beach Story -- it's hard to deny that this film features some of his best dialogue and best scenes. It's just flawlessly executed. 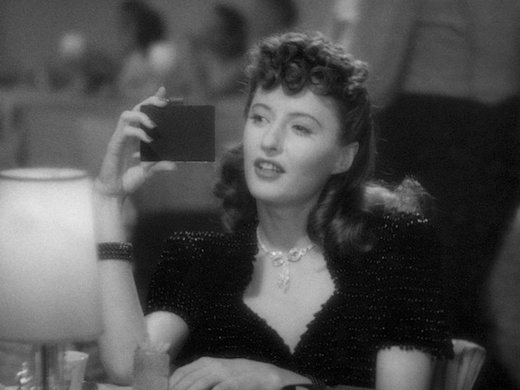 The Blu-ray
The Lady Eve comes packaged with a booklet that includes an essay by Geoffrey O'Brien and a 1946 LIFE magazine profile of Preston Sturges by Noel F. Busch.

The Video:
Sourced from a new 4K restoration, this AVC-encoded 1080p 1.37:1 presentation looks excellent. This isn't sourced from the original negative, so it's not startlingly crisp. But there is noticeably more fine detail than the old SD version. And the image is stable and clean, with good contrast.

The Audio:
There are some age-related limitations on the LPCM mono audio, but it's a strong lossless upgrade. None of the dialogue gets lost, and really the dialogue is what we're all here for.

- Originally featured on the 2001 Criterion DVD. A well-prepared and nicely polished dissection of the film as it unspools.

Final Thoughts:
Criterion does a great job updating their DVD edition of The Lady Eve, with a great-looking main feature and some thoughtful new extras. The film itself is a must-own anyway, so this edition is an easy inclusion in the DVD Talk Collector Series. 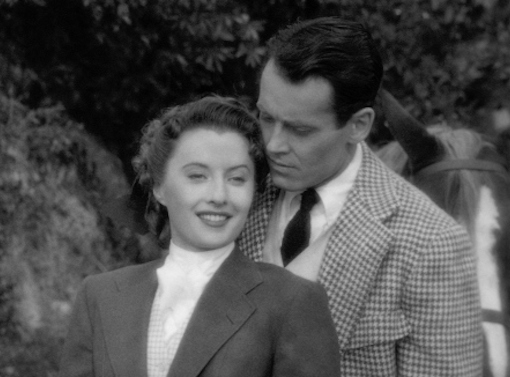