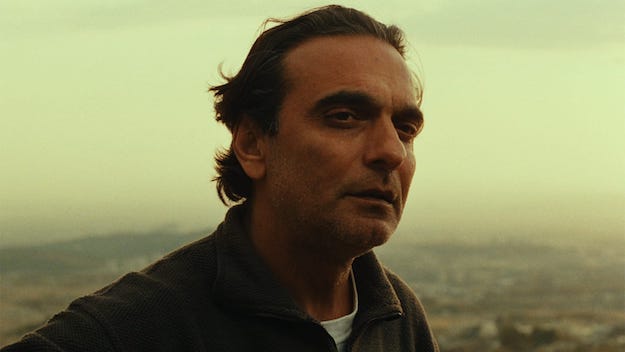 The 1997 Palme d'Or winner* Taste of Cherry was an early release of the Criterion Collection's DVD era (spine #45) that is finally seeing an upgrade to Blu-ray. Directed by Iran's Abbas Kiarostami, the film is simple, spare, and built around three long conversations that occur mostly while driving.

Kiarostami leaves out all manner of details about the characters who appear in this film, forcing us to fill in our own picture of these people as though we were meeting them ourselves. Depending on the temperament of the viewer, this can make Taste of Cherry hypnotic and resonant or unnerving and boring. As I watched the film, I was totally sucked in by its unusual rhythms and dusty landscapes. But I also had a side conversation in another part of my brain where I suspected I would have rejected the film as indulgent and aimless if I had seen it during its first run two decades ago.

The film's central character, Mr. Badii (Homayoun Ershadi), spends most of the film driving his Range Rover around, searching. We see him drive through crowds of poor men who are looking for odd-job work, but he seems to ignore most of them. We see him stop a man and ask him if he needs financial help, but the man responds by threatening to punch Mr. Badii out. Eventually, he picks up a young soldier and begins talking up a profitable opportunity for him.

A few reviews that I have read say that the ambiguity of the film makes it seem initially like maybe Mr. Badii is cruising for an illicit sexual hook-up, but there's something in Kiarostami's shot selection and the worn-out bleakness of the actor Ershadi's face, that kept me from going there. From the start, this seemed to me like life-or-death.

After a protracted build-up, it turns out to be exactly that. Mr. Badii is planning to overdose on sleeping pills and lie down in a hole he has already dug near a tree on a parched hillside. He wants to hire someone to check on him in the morning: if he wakes after some prodding, the person just needs to offer a hand getting Badii out of the hole, and if the pills successfully kill him, the person is to cover his body with dirt.

Even though Mr. Badii limits his potential facilitators to immigrants in intense poverty, he has trouble finding a taker. The young soldier runs away. A seminary student refuses predictably on religious grounds. Finally, an old taxidermist (Abdolrahman Bagheri) agrees to help Badii, but he kind of hijacks Badii's well-laid plan in the process. While Badii has dominated the previous conversations in the film, Mr. Bagheri takes over and tells the story of his own suicide attempt that wound up thwarted by an unexpected shift in perspective. To underline the power of this new viewpoint, Kiarostami has Bagheri ask during the conversation to take a scenic route that puts both Badii and the audience on a new journey full of unfamiliar turns and scenery. Even though the choice of a literal new route is relatively subtle, it foretells new doubts that appear for the previously resolute Mr. Badii.

Kiarostami allows this uncertainty to linger all the way through to an ambiguous closing passage, which has spurred and will continue to spur dozens of different understandings and interpretations.

Part of what is so wondrous about this film is that space that Kiarostami leaves for viewers to tell their own story within his situations and with his characters. It can be a frustrating adjustment for viewers used to definitive answers and clear-cut stories, but I found it a welcome and unexpected kind of provocation. It's an approach that even thwarts facile appreciations of the film's images as merely "poetic" and therefore not necessary to decode. There is meaning to be mined from Taste of Cherry and hopefully it will linger with you long after your viewing is done.

*Shared with Shohei Imamura's The Eel. 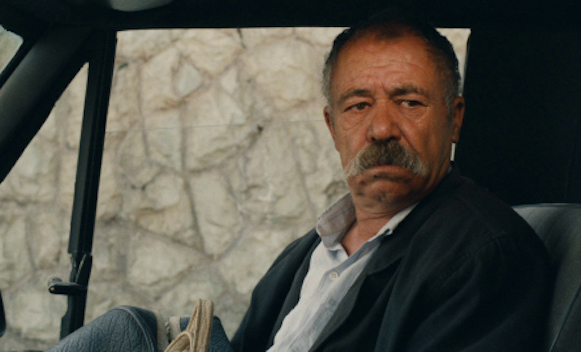 The Blu-ray
Taste of Cherry is packaged with a fold-out featuring an essay by A.S. Hamrah.

The Video:
A new 4K restoration is the source for this excellent AVC-encoded 1080p 1.66:1 transfer. Clarity is outstanding. Film grain is well-resolved, and the image is clean and stable.

The Audio:
There's an unforced naturalism to the Persian LPCM mono audio mix that fits the style of the film. Optional English subtitles are provided.

(HD upscale, 38:57) - Shot on video, this is partly a trial-run sketch of the film with Kiarostami and his son playing parts, in addition to the actors. It also features snippets of sequences from Taste of Cherry and some behind-the-scenes moments. It's an appropriately offbeat companion to the finished film.


Final Thoughts:
Abbas Kiarostami's Taste of Cherry looks excellent in its newly restored HD presentation. The patient, ambiguous storytelling may put off some viewers, but others are sure to be swept up by the originality and carefully honed naturalism. Highly Recommended. 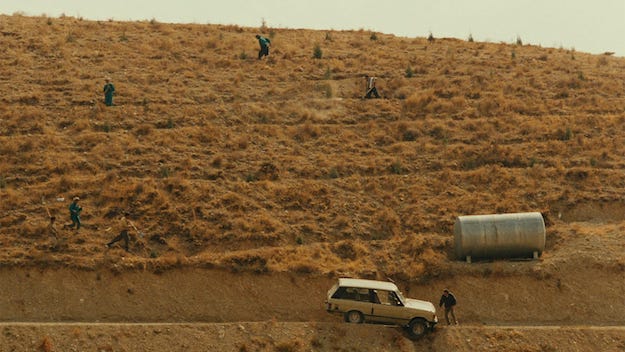