Cult Epics delivers us Americans another film from Italy's Tinto Brass, known by some as the "absolute master of erotica". He's probably best known here for 1979's Caligula, which many think of as a "big-budget porno" but those who've actually seen it know is more of a campy historic tale with some hardcore shots spliced in by producer Bob Guccione. Brass began in the 1960s making experimental films with somewhat explicit content, and leaned more towards light-hearted adult fare by the late 80s which this 1995 tribute to himself fits in with. Titled Fermo Posta Tinto Brass in its original Italian, it's a series of vignettes based on fan mail he's received. 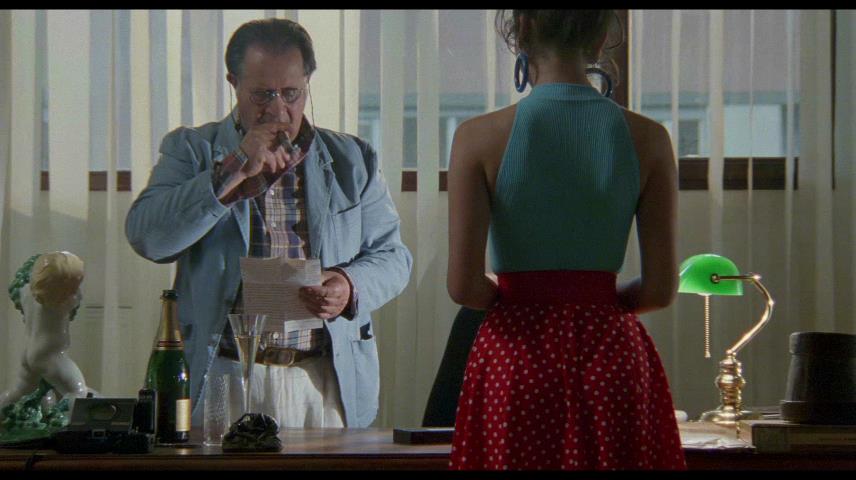 The setup has Brass in his office with assistant Cinzia Roccaforte bringing in the day's mail, consisting mostly of fan letters. They begin reading and the scene transitions to the narrative playing out onscreen, sort of like a 1980s Playboy Channel show but with far better filmmaking technique. The first is from a girl describing how she and her fiance snuck out to a remote location near a beach to make out, only to soon have another couple with the same idea appear nearby. She finds that she enjoys being watched and wonders whether there's anything wrong with that or not. Another bit has a married woman with a rather uptight husband secretly working as a hostess at a brothel in a neighboring town. One day her husband shows up as a customer, yet pretends not to know her and acts much differently than his normal self. Another couple even sends in a VHS tape which Brass immediately watches that turns out to be two couples frolicking in a park and is obviously shot on film rather than with a consumer camcorder.

Brass is handed a letter from a male fan as well, but orders that one immediately trashed. He also gets a visit from a couple handing him photos hoping to be cast in a future movie- he asks the woman to give him the real test of showing how she picks a coin up off the floor. She does it two different ways to cover her bases. One does need to have at least a slight familiarity with Tinto Brass's career to appreciate this film more than just another cheap thrill. There's a few slight references to previous films and while it's a bit silly on the surface, it also gives Brass a chance to poke some fun at himself.

This limited release also includes the documentary Istintobrass, the title of which might make a bit more sense if I knew Italian. This gives the viewer a crash-course of Tinto Brass's career and his earlier days when he would routinely go see a movie and follow that with a visit to the nearby brothel, thus cementing the two biggest loves of his life. Through interviews with him as well as many he's worked with, we learn about how he started out assisting other Italian filmmakers and by the end of the 1960s had made several films that were quite experimental and also pushed content boundaries.

The producers of 1971's A Clockwork Orange had actually wanted Brass to direct that movie rather than Stanley Kubrick, but Brass was already occupied with other projects and couldn't work that into his schedule. Caligula was his first chance at a really big, prestigious movie, but that ran into a number of problems during production and producer Bob Guccione had basically taken it over before it was completed with Brass feeling that it simply wasn't "his" movie by that point.

Tinto Brass is often referred to in the past tense here, so much that I had to check online to make sure that as of this year he was still alive. Indeed he is, but an interview with director Massimiliano Zanin included as an extra on the disc explains what got him to make this documentary: he had started working with Brass on a sort-of parody of Caligula shot in 3D that unfortunately never got off the ground mainly because Brass had a stroke. Zanin then decided that a proper documentary on him needed to be made. 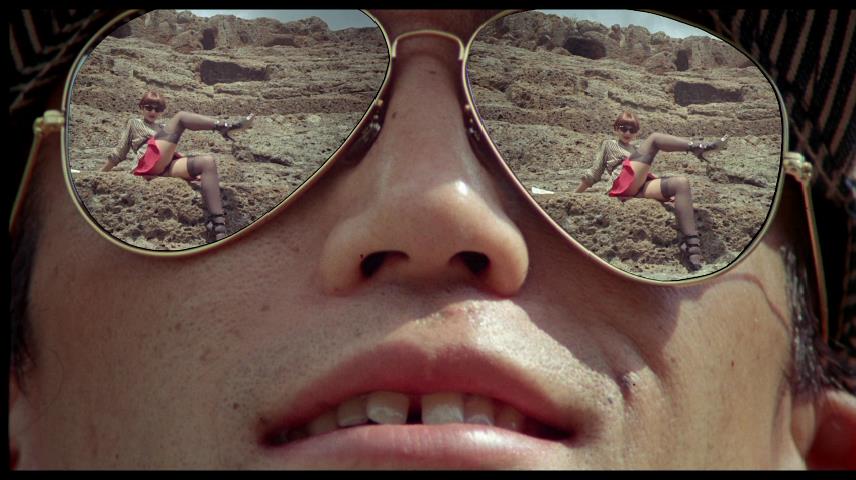 PO Box Tinto Brass was shot on good old 35mm film and is presented in a 1.85 aspect ratio that appears a bit tight in some shots with actors' heads close to being cut off. The usual non-scope ratio for most European films has actually been 1.66 and I'm suspecting that was the proper ratio for this movie, especially since that's how the included trailer is presented. The picture is very clean and detailed other than that, aside from just a very slight digitally compressed look in a few dark scenes.

Istintobrass was shot on digital video in 24 frames per second- as I've said numerous times before, I'm not a fan of that look as it doesn't look like film and just appears jerky. Gradient banding apparent from the animation in the opening credits doesn't help matters either, but there are several film clips from Brass' other movies that look fine.

As this is a US release, it's assumed that most viewers won't understand Italian. PO Box oddly has two audio tracks of its original language version- one in 2-channel Dolby Digital and the other in 2-channel DTS Master Audio. The Audio and Subtitle buttons are disabled during the movie, and English subtitles are turned on when the Italian tracks are activated (though there is a trick to keep them off at least while playing the DTS track) and off when the rather poor-quality English dub is selected. A message explains that the English version had a few lines of dialogue omitted (this is where you can perform the trick to keep the subtitles off) and so here those are kept in Italian with English subtitles that are on the actual video and cannot be turned off. Istintobrass also has hard-coded English subtitles. Although the cover boasts "DTS-HD MA 5.1 Surround" for the documentary, it's actually just in 2-channel Dolby Digital and is a mono mix at that. 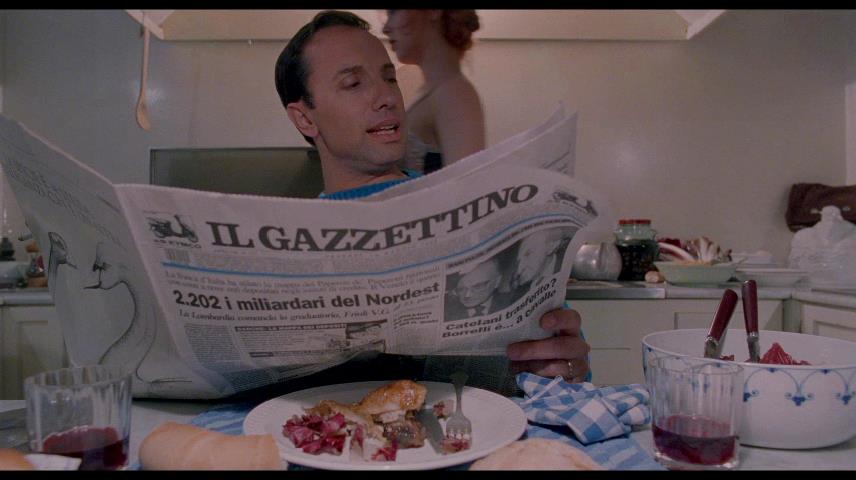 Aside from the aforementioned trailer and interview, PO Box includes another interview with Tinto Brass discussing his outlook on life and cinema and a still gallery of posters and production photos. Istintobrass also includes its own photo gallery including shots from many of Brass' past films, and the package even includes a 48-page book of more photos all of which are referenced as to which films they represent. 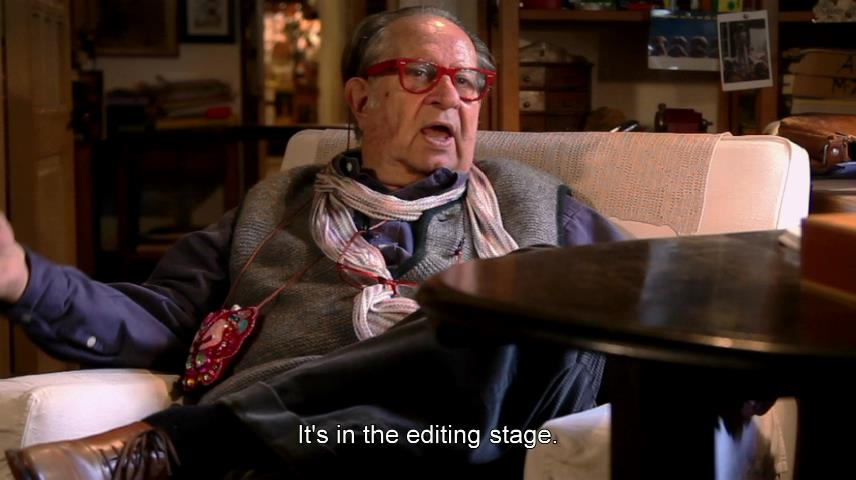 Tinto Brass may not exactly be a household name in the US but he does have his fans here, and this limited release is geared towards them. Newcomers may find PO Box amusing but not quite be able to "get" it, although the documentary may clue them in and drive them to seeking out his other films, many of which are available here from Cult Epics.