The Collection:
Kino Lorber presents a trio of pre-Code Paramount romances featuring Carole Lombard. One of them previously appeared on DVD in Universal's Carole Lombard Glamour Collection, while the other two got stand-alone DVD releases. 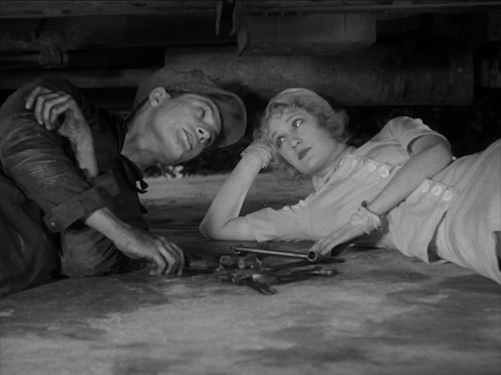 ), in which Lombard gets second billing despite not appearing in all that much of the movie. (The fact that Kino gives her top billing on the Blu-ray cover is frankly ludicrous.) The real star here is Miriam Hopkins (The Story of Temple Drake). Hopkins plays a rich girl set to marry a boring English gentleman, because her family desires the social status. Hopkins blows off her own engagement party and ends up meeting handsome mechanic Charles Starrett down by the beach. Meanwhile, Miriam's papa Frank Morgan tries to convince chorus girl Lombard to break off her engagement with his lush of a son. There are slight shades of Holiday here, but the dialogue (credited to Preston Sturges, based on a play by David Gray and Avery Hopwood) never reaches the sparkling heights of that Cukor film. Hopkins is delightful in the scenes where she either woos or wars with Starrett, but Fred Newmeyer's flat direction makes this too much of a slog, even with a 70-minute run time. 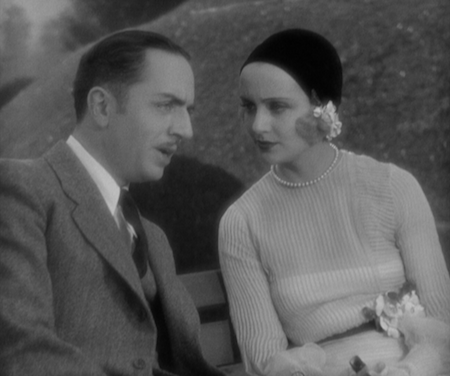 ). It's her first pairing with future (first) husband William Powell (My Man Godfrey). Powell plays an American expatriate in Paris known as Michael Trevor. This so-called Trevor is a disgraced newspaperman who has resorted to printing a scandal rag that he uses to blackmail wealthy tourists for the privilege of keeping their names out of his paper. But something happens when he encounters Mary (Lombard), the niece of his most recent mark. Suddenly, he's falling for this girl, and thinking about giving up the racket. Trevor's ex-lover and current partner-in-crime Irene (Wynne Gibson) is none too happy about the idea, and she is more than happy to show Trevor that he can never escape his past. The script by Citizen Kane writer Herman J. Mankiewicz has enough style and zip to potentially offer the impression of a comedy, but the film gets pretty grave in the late going. The ending is downright hard-boiled. 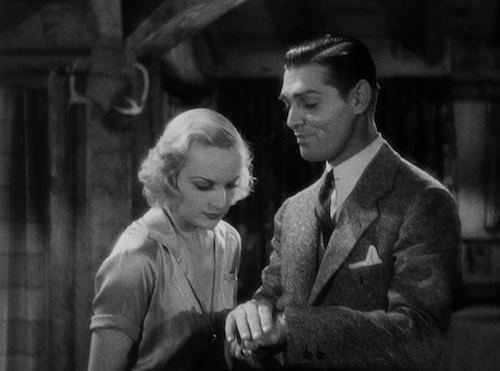 ), that we start to get a glimmer of the Carole Lombard persona that would break out in her better known films. Here, Lombard is paired with her future second husband, Clark Gable (although the pair reportedly felt no fireworks during filming). Gable plays card sharp Babe Stewart, who flees New York for a time to throw the Vice Squad off his scent. While laying low, he spots small-town spark plug Connie (Lombard) and starts his pursuit. Babe is purely a lover-then-leaver, but Connie is smart enough to evade being another in a long line of headboard notches. She gets the gambler to marry her (after he loses a coin flip to her). This forces him to pretend go to work everyday and act like an upstanding citizen. You can pretty much imagine where it goes from there. No Man of Her Own is easily the highlight of this set, because the funny bits are extremely funny and the romance is like a few of my favorite sauces: sweet and hot. A scene where Lombard answers the phone in her underwear and high heels is decidedly pre-Code, as are her post-nuptial bedroom eyes. 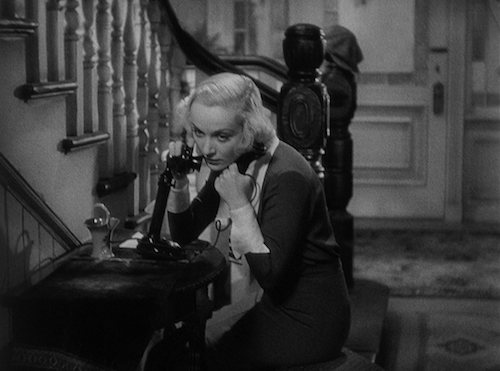 The Blu-ray
The 3 films in the Carole Lombard Collection I box are all on their own discs, in three separate standard-sized keepcases.

The Video:
The picture quality gets incrementally better with each film. Fast and Loose looks like a flat HD scan of a good print that has scattered evidence of dirt, density fluctations, and damage. The box lists the aspect ratio as 1.20:1, but Fast gets an AVC-encoded 1080p 1.33:1 presentation, suggesting the print may have been cropped or resized when it was duped. Man of the World looks like another flat transfer, but the source print is more stable than Fast's. This presentation is a definite bump up from SD, but the 1.20:1 presentation is pretty soft throughout. On the other hand, No Man of Her Own looks like the kind of digital restoration viewers expect for vintage films. Crisp detail, with well-resolved film grain. Richer blacks and nuanced contrast. This final film is presented at 1.37:1.

The Audio:
All three films are presented in DTS-HD MA mono audio mixes. As with the picture, the sound gets incrementally better with each film. Fast and Loose is pretty brittle and has noticeable surface noise. Man of the World is narrow and has a little bit of hiss, but it is a marked improvement over the first film. No Man of Her Own has similar age-based limitations, but it benefits from relatively more support and subtlety within its soundtrack's dynamic range. English subtitles are available on all three films.

- Featured on the Fast and Loose disc, these are all other Lombard films released by Kino: Made for Each Other, Nothing Sacred, and Supernatural.

Final Thoughts:
No Man of Her Own is the real gem of this set, but Man of the World is quite good and Fast and Loose has its moments. One suspects that, at some point down the road, No Man of Her Own will get a stand-alone release. If you can't wait for that day, this three-disc set comes mildly Recommended. 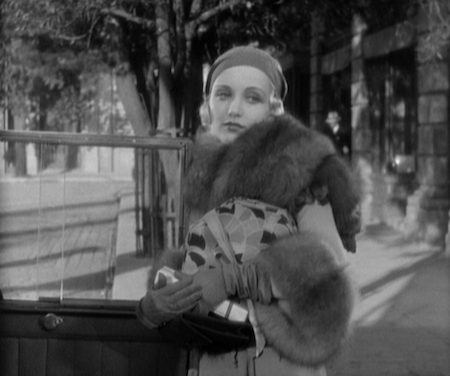