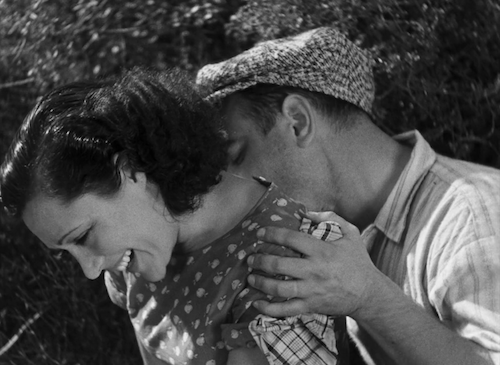 Director Jean Renoir's 1935 film Toni is often cited as a stylistic precursor to Italian Neorealism. Shot in the south of France, far from the soundstages and streets of Paris, the film explores the world of immigrant workers from Spain and Italy. Inspired by a real-life crime of passion, Toni sets a fairly melodramatic story in a naturalistic setting, filtered through the poetic visual style of Renoir and his cinematographer/nephew Claude.

When quarry worker Toni (Charles Blavette) arrives in Martigues, he pretty quickly starts an affair with his new landlady, Marie (Jenny Hélia). Renoir's film abruptly jumps over the good times in their relationship. Instead we get paranoid Marie, ranting about how Toni is going to leave her for another woman. Meanwhile, Toni can only grumble and head out to work. Soon it becomes obvious that Marie is not so paranoid: Toni actually is smitten with someone else. The lively and lovely Josefa (Celia Montalvan) represents a way out for Toni, not only because she seems like a better romantic match, but because her uncle's farm would offer a more satisfying place to work than the punishing quarry job.

The film's most memorable scene -- referenced semi-obliquely in Criterion's Blu-ray art -- is a sensual moment of flirtation and connection between Toni and Josefa. Josefa asks Toni to snatch a bunch of grapes for her. He obliges, but there is a wasp on the bunch that flies into Josefa's dress. She gets stung, so Toni unbuttons the back of her dress and cuts out the stinger. At Josefa's insistence, he sucks the venom from the wound. With his mouth on her back, he wraps his arms around her. She playfully swats him away, but clearly delights in what has transpired.

Alas, their romance is doomed before it can start. The oafish quarry manager Albert (Max Dalban) has his eyes on Josefa too, and he claims her as a kind of prize. Toni resigns himself to Marie. In a move that is not so unusual for a small town, but which plays as undeniably cruel to the characters we like, a double-marriage ceremony is conducted for Josefa and Albert and for Toni and Marie. While the town relishes the moment to rejoice, both Toni and Josefa look miserable at the reception, facing down the lives to which they are respectively committing.

Toni never gives up hope that he can find a way for him and Josefa to be together, but best laid plans and all that.

Toni is a lesser-known entry in Renoir's sizable filmography, but it shows the director in full command of his craft. His films sometimes vacillate between open humanism and bruised cynicism, but Renoir's empathy for his worker characters is palpable in every frame. He seems enchanted by this world, even as he dutifully recounts the hardships and tragedies which characterize it. I found myself far more taken with the mood and point-of-view of this film than I was engaged by its story. Fortunately, Renoir and his collaborators often plenty to savor that transcends narrative. 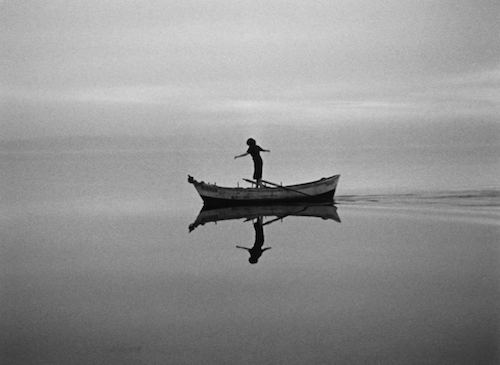 The Blu-ray
Toni is packaged with a booklet featuring writing on the film by director Jean Renoir and a new essay by Ginette Vincendeau.

The Video:
Sourced from a 4K restoration, this AVC-encoded 1080p 1.37:1 presentation is outstanding. Clean and stable with well-resolved film grain. There are a few dropped frames here and there, but no significant damage otherwise. Blacks are inky and contrast is well-delineated.

The Audio:
The French (with Italian and Spanish) LPCM mono audio is all location recording with no ADR, so there are some passages that are a little garbled by natural interference. But it sounds like a plausibly accurate representation of the original audio. Limited but not too brittle. Optional English subtitles are available.

- Recorded in 2006, this is an appealingly conversational dissection of the film by critics Jones and Lopate.

Final Thoughts:
In his 1974 review of Toni, Jonathan Rosenbaum called it "neither a major nor a minor work in the Renoir canon." This nicely captures the simultaneous seriousness and unforced naturalism of the film. It's alternately charming and devastating. Criterion's release looks great and is well-supplemented. Highly Recommended. 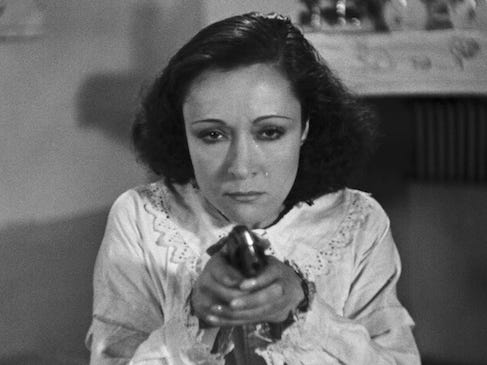