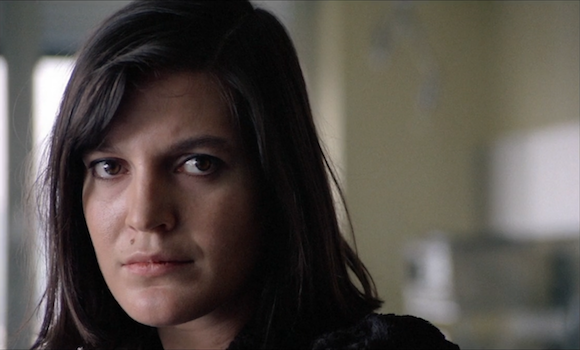 The Lost Honor of Katharina Blum was made in reaction to the political situation in West Germany in the 1970s, but it has remained sadly relevant in more far-reaching ways over the years. When Criterion Collection initially released this 1975 drama on DVD, it was the early '00s, and the film's exploration of fear-mongering and overzealous anti-terrorism seemed to eerily foretell the Patriot Act era. Now, with Criterion's Blu-ray release, the film's infuriating portrayal of character assassination by corrupt press and police personnel working in cahoots echoes the ongoing discussion of #MeToo sexism, police reform, and propagandizing fake news.

Heinrich Böll was inspired to write the source novel after he had been the consistent target of the conservative tabloid Bild, which made unfounded claims that Böll was a terrorist agitator. The story of Lost Honor could be thought of as a revenge fantasy, but Böll was smart enough to imagine someone without his resources and cultural privileges ending up in his situation. Böll's protagonist, Katharina Blum (played by Angela Winkler in the film), is a lower class young woman working as a maid and aspiring to upward mobility. She is a bit of a goody-goody -- dubbed "the nun" by her acquaintances -- and relatively naive.

Katharina finds herself a political target after she meets the charming Ludwig (Das Boot's Jürgen Prochnow) at a party and takes him home for the night. The next morning, her apartment is stormed by police in full militarized tactical gear. Katharina is taken in for questioning about her connection to Ludwig, whom the police describe as a terrorist bank robber. Since the police were watching Katharina's building, and since Ludwig escaped under their nose, they are bitter toward her. The lead investigator, Beizmenne (Mario Adorf), bullies Katharina in the hopes she will admit that the meeting at the party was a set-up. He accuses her of being a floozy and a part of Ludwig's terror cell. Katharina, shocked and incredulous, resists these accusations.

In the meanwhile, an unscrupulous reporter, Tötges (Dieter Laser), begins digging up dirt on Katharina. However, Tötges can't really find satisfactory dirt to fit his pre-conceived narrative, so he mostly fabricates details and interviews. At one point, he jeopardizes the health of Katharina's hospitalized mother by sneaking into her ICU room in search of a scoop.

Writer-directors Volker Schlöndorff and Margarethe von Trotta's approach is muted and realistic; they do not melodramatically turn Katharina into a modern-day martyr. The film weaves in a bit of mystery about Katharina's personal life, muddying viewers' sympathy just enough to make us wonder if there is a glimmer of truth to the charges. There are holes in the story that Katharina tells the police and obvious secrets that she keeps. Of course, as we slowly learn the truth behind these secrets, it becomes obvious that neither we nor the police actually need to know this; we're slightly complicit in invading her privacy just to have our curiosity sated.

Angela Winkler is an intriguing presence in the lead role. Not blank, but Winkler is seemingly withdrawn and even-keeled as her character sticks to her ideals and navigates this awful situation -- which also includes harassing phone calls and letters from strangers, calling her a commie slut (ah, it's like the internet before the internet: plus ça change...).

Eventually the patina of stiff-upper-lip civility has to be shattered in Katharina. One memorable moment acts as a kind of foreshadowing. Katharina's uncle and aunt return her to her apartment after police questioning. Katharina has received more hate mail, and her aunt picks up the ringing phone only to be met predictably with an obscene caller. Katharina's uncle tries to mitigate things: "It's nice and cozy again here." SNAP! Suddenly, Katharina begins smashing up her kitchen and dining room while her relatives watch in silence.

Wrecking her apartment to match her mental state is not enough catharsis for Katharina, and the film eventually makes good on dramatizing its original subtitle: "How violence develops and where it can lead." Böll's novel and Schlöndorff and von Trotta's film complicate the story trope of revenge, and viewers are left ambivalent over the use of violent tactics. Violence here provides more fuel for the political fires and grist for the tabloid mill. In other words, is any honor regained? 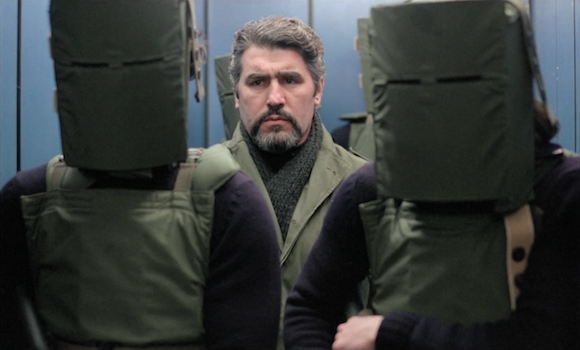 The Blu-ray
The Lost Honor of Katharina Blum is packaged with a fold-out featuring a new essay by Amy Taubin.

The Video:
Sourced from a new 4K restoration, the AVC-encoded 1080p 1.66:1 presentation is crisp and clear, with a textured film look. The film itself has an intentionally drab palette overall, apart from some pops of color during Carnival celebration scenes. A worthwhile upgrade.

The Audio:
A similarly satisfying refurbish is presented by the German LPCM mono audio (with optional English subtitles). Dialogue is clear and understandable. The score by Hans Werner Henze is edgy and dissonant, underlining the tension building inside Katharina.

(HD upscale, 29:39) - Like all of the video extras, this featurette is carried over from Criterion's 2003 DVD. Recorded the year before, Schlöndorff tries to provide historical context for the film, comparing the reaction to the Baader-Meinhof gang in Germany to something akin to America post-9/11. von Trotta joins him to discuss working as directorial collaborators, dealing with different performers and certain thematic elements of the film. Schlöndorff also discusses his work with the film's composer and the life-imitates-art threats that he and von Trotta were subjected to after the release of the film.

Final Thoughts:
The clash of authoritarianism and everyday idealism in The Lost Honor of Katharina Blum sadly feels quite timely. It's a character study and political thriller that achieves its biggest shocks through understated realism. Highly Recommended. 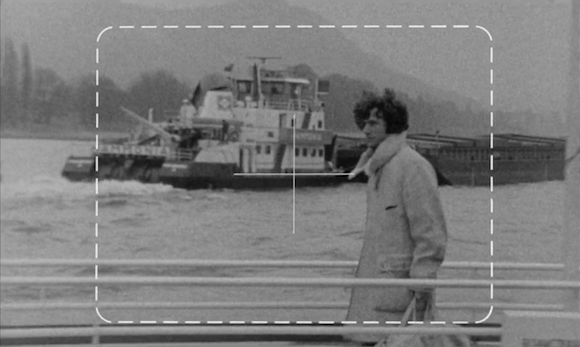