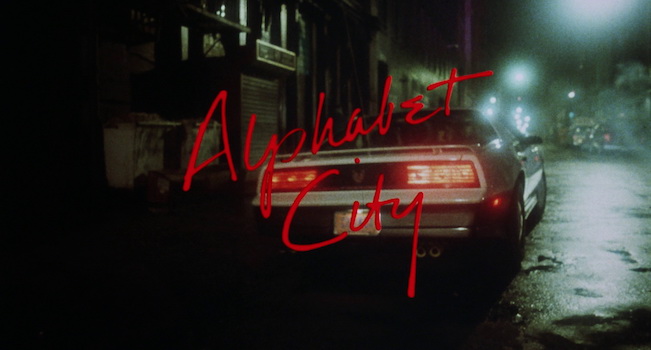 It's always exciting to discover a new company dedicated to putting out lesser-known and little-loved titles on Blu-ray with the kind of affection and attention they haven't received in the past. Fun City Editions has thrown their hat into the ring with a handful of titles so far, produced in cooperation with the fine folks at Vinegar Syndrome (meaning you can get some nifty limited edition art with your flick if you manage to snag one of those LE versions from the VS website).

The label's first release is Amos Poe's Alphabet City from 1984. Poe was a significant part of the late '70s/early '80s downtown New York scene -- his Blank Generation is a key punk-rock film -- and Alphabet City is an idiosyncratic blend of New York underground film attitude and a more commercial low-budget crime flick.

The film follows a night in the life of Johnny (Vincent Spano, Baby It's You), a mid-level mob guy who runs the drug rackets and collects money on Avenues A, B, and C (aka "Alphabet City"). Johnny's boss wants him to burn down an apartment building on this particular night, but it happens to be the place where his family lives. Johnny's mother (Let's Scare Jessica to Death's Zohra Lampert) stubbornly refuses to heed her son's warning, and his sister (The Lost Boys' Jami Gertz) is preoccupied by her plan to start a new career as a high-price escort.

The film reveals its offbeat nature (for better and worse) in this early confrontation between Johnny and his family. The performances in Alphabet City have a rawness in the Cassavetes/Scorsese vein, with many dialogue scenes appearing improvised around some key story points. Unfortunately, all the actors don't always look completely comfortable without scripted dialogue. You can read in their attitudes when they are searching for something to say to further the scene along, and director Poe lets a lot of these moments play in unbroken takes. Rather than making things feel more real, it makes the theatricality of these moments more obvious.

Counterpointing these method-y improv fumbles, however, are a lot of excellent visuals-driven sequences. Poe notes on the commentary that Michael Mann hired this film's cinematographer, Oliver Wood, to shoot the original Miami Vice series because of the signature neon-lit style. A rundown dope house full of jonesing junkies is given a semi-dreamy/semi-hellish atmosphere that further escalates into abstraction when cops bust in with flashlights roving the smoke-filled air.

Michael Winslow, best known for his appearances in the Police Academy series, plays a walkman-sporting junkie who works for Johnny to pay for his fix. Their relationship is mildly contentious, but in the claustrophobic world of the film, he's the only character that Johnny can call a friend. Winslow's performance is impressively grounded, considering his later work, although he does inevitably squeeze some mouth-made sound effects into some scenes. (This film was shot before the first Police Academy, so it would have been an unexpected novelty at the time.)

Over the course of the film, it slowly becomes clear that Johnny is going to pick this night to get out of the mob. Not one for advance notice apparently, he tells his Greenwich Village artist girlfriend (Kate Vernon) to pack up and be ready to leave town with their months-old baby within hours. The girlfriend unsurprisingly balks at the idea, providing a little extra tension in this relatively plot-light picture. However, when hitmen show up at their loft building to stop Johnny's exodus, she quickly changes her tune. The climactic chase through the building -- up stairs and down elevators -- is thrillingly staged and satisfying enough to forgive the flick's final deus ex machina moment, which seems imported from a cornier mainstream movie.

Alphabet City is a fascinating time capsule, both of life on New York's Lower East Side and of a bygone era of independent filmmaking. While viewers who want to revisit NYC's bad old days will be thrilled, the flick offers enough action and stylish flair to satisfy your average genre fan as well. 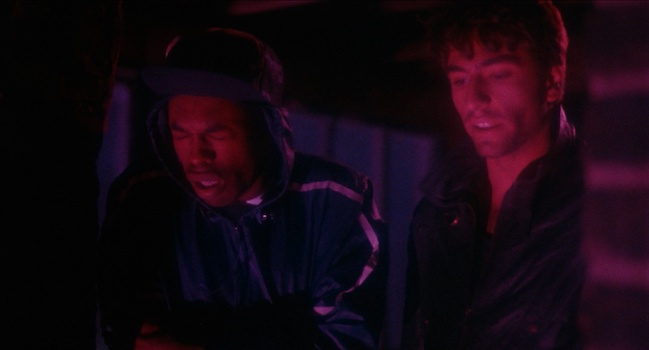 The Video:
The AVC-encoded 1080p 1.85:1 presentation is sourced from a new 2K scan of the 35mm interpositive. The end result is extremely clean with a satisfying film look. Oliver Wood's cinematography utilizes a lot of diffusion and utilizes extremely shallow depth of field, so fine detail is often hard to parse -- but that's by design. Despite the stylization, the overall look is much more grungy than slick. But it works with the milieu and the near-guerrilla filmmaking approach.

The Audio:
The film's soundtrack is presented as both DTS-HD MA 2.0 mono and lossy Dolby 2.0 mono (448kbps). Skimming the lossy version, it does not appear to be materially different from the lossless, so it seems a no-brainer to go with the lossless. While the soundtrack maintains some on-location ambience, nothing is too difficult to make out dialogue-wise. The music and song score by Nile Rodgers (the Chic mastermind who was producing Madonna's first album around this time) sounds excellent and provoked a strong (and funky) bass response from my system. An English SDH option is provided.

Final Thoughts:
Fun City Editions' first release sets a stylish and strange tone for the label. Alphabet City is a little arty and a little pulpy. The new Blu-ray beautifully presents the film in all its grungy, neon-soaked glory. Recommended. 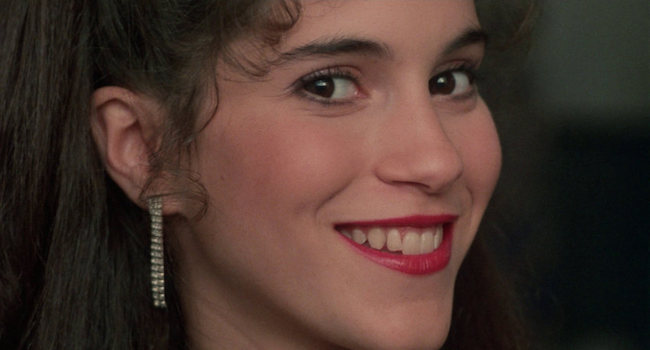