Kid Stays in the Picture, The 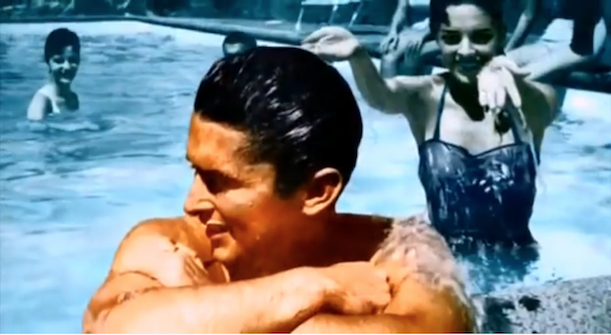 The images accompanying this review are promotional stills that do not reflect the quality of the Blu-ray under review.

Legendary movie producer and former head of Paramount Pictures Robert Evans famously wrote his memoir in 1994, and even more famously recorded the audiobook version himself. Evans's storytelling style and verbal cadence was exploited and parodied on The Simpsons, Mr. Show, and on Patton Oswalt's first comedy album, among other places.

The 2002 documentary version of The Kid Stays in the Picture initially seems like it just shouldn't work, because it is essentially the illustrated audiobook. At the time of production, Evans was still recovering from a massive stroke, so his participation in the film was limited to recording snippets of new voice-over to augment the existing recorded stories and a brief wordless glimpse of him sitting pensive in his massive Beverly Hills home.

You've got to hand it to filmmakers Nanette Burstein and Brett Morgen (previously Oscar-nominated for On the Ropes) for shaping Evans's treasure trove of schmoozy Hollywood anecdotes into a solidly structured rise-and-fall story. Visually the film depends almost entirely on stock footage and stock photographs but, thanks to then-novel digital manipulation, the viewer never feels like they are watching a flat, tasteful PBS special or an overblown PowerPoint.

Storywise, the film hits a lot of the expected bullet points: Becoming a film actor after Norma Shearer saw him dive into a pool, becoming Paramount studio head thanks to a glowing profile in The New York Times by future right-hand man Peter Bart, fighting with Frank Sinatra over Mia Farrow's role in Rosemary's Baby, turning Paramount's fortunes around with a slate of pictures that included Love Story, fighting with Coppola over (and, per Evans, rescuing) The Godfather, marrying Ali McGraw, losing Ali McGraw to Steve McQueen, going out on his own as a producer, making some hits, getting in over his head with cocaine, becoming persona non grata in Hollywood, and finally returning to producing as an elder statesman.

Only in the final quarter of the film does the anecdotal nature of the film start to play a bit rushed and jerky. It feels almost like the entire decade of the '80s is discussed in the same amount of time that is devoted to the shooting of Rosemary's Baby. Certainly, the availability of archival material might play into this, and Evans's self-satisfied snappy patter more than wallpapers over any minor gaps in viewers' pleasure.

The Kid Stays in the Picture pulls off the nifty trick of feeling like absolutely essential Hollywood history and breezy junk food all at once. 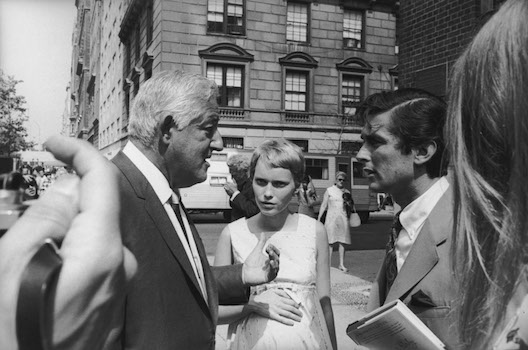 The Video:
Another Kino BD-50 disc with a generous bitrate that is slightly undercut by an old video master. There's nothing majorly wrong with this AVC-encoded 1080p 1.85:1 presentation, but the look of the 2002-shot footage of Robert Evans's Woodland estate is not as sharp as one might hope, feeling distinctly dated. The majority of the film however is mostly stock footage and stock photos, which all looks quite good. The early digital manipulation of the photos is still quite impressive.

The Audio:
The soundtrack is presented in both DTS-HD MA 5.1 surround and DTS-HD MA 2.0 stereo options. Both are well-designed, adding ambience to the Robert Evans voice-over that drives the film. An English subtitles option is provided.

Special Features:
All these bonus features are ported over from the Warner DVD release, although some of the titles have been slightly altered, for reasons I don't fully grasp. No matter, I will include the names utilized on the new disc.


Final Thoughts:
The Kid Stays in the Picture offers just the right mix of gossip and gravitas in its portrait of one of the key players of '70s Hollywood (and beyond). The DVD was already a pretty swell package, and thankfully none of that material has been lost in the transfer to Blu-ray. The video could be a little more spiffed-up, but it's no major bug. The whole package comes Highly Recommended. 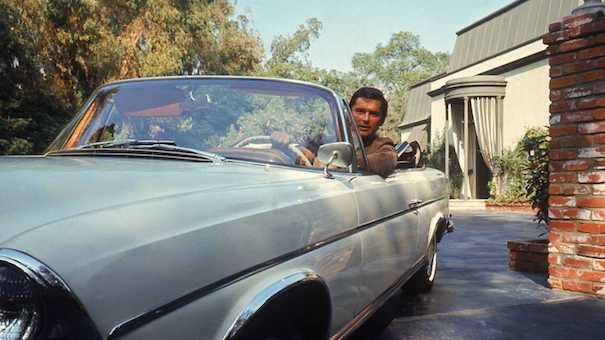