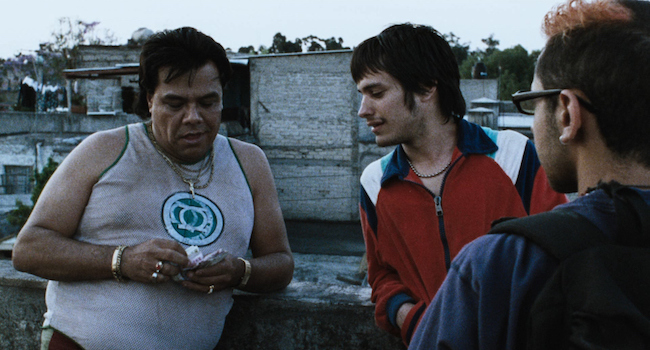 Amores Perros was one of the great films of 2000, jump-starting a global interest in Mexican cinema and making names for first-time director Alejandro González Iñárritu, first-time star Gael García Bernal, and cinematographer Rodrigo Prieto. The film rode the trend of telling three stories that overlap chronologically and intersect thematically, as seen previously in Quentin Tarantino's Pulp Fiction and Doug Liman's Go, but it managed to not feel gimmicky (something that Iñárritu and screenwriter Guillermo Arriaga's Hollywood follow-up 21 Grams decidedly failed to do).

Amores Perros alternates between frenetic intensity and stately introspection. It's buzzy, bombastic, intimate, and melancholy. DVD Talk's original review for the film calls it "relentlessly downbeat" and "a movie to watch when you're feeling depressed," but this reviewer has always found it too aesthetically thrilling and ultimately hopeful to entertain such a reading.

That's not to say the film is not without its share of ugliness. Amores Perros (aka Love's a Bitch) examines the big and small cruelties that humans deal out to each other -- not to mention to dogs. Canines play a central role in each of the film's three stories, and they can be seen as symbols both of loyalty and viciousness.

A violent car crash brings together three characters in three different strata of Mexico City's population. The first is Octavio (Gael García Bernal), a working-class teenager who gets into dogfighting as a way to get enough cash to run away with his brother's young wife, Susana (Vanessa Bauche). The second is supermodel Valeria (Goya Toledo), who moves into a new upscale apartment with her married boyfriend Daniel (Álvaro Guerrero), only to have their relationship deteriorate after she is injured in the car crash and her dog falls into a crawlspace. The third is El Chivo (Emilio Echevarría), a dirt-poor ex-revolutionary-turned-hitman who squats in a rundown shack and travels with a pack of stray dogs; his story involves an assignment to kill a businessman that leaves him wrestling with his chosen vocation and seeking some sort of redemption.

Each story has much to recommend it: Octavio and Susana's segment is spiked with tense action and teen lust, Daniel and Valeria's segment counterbalances Buñuelian class satire with well-observed relationship drama, and El Chivo's segment is the imperfect, damaged soul of the film, with the character and the filmmaker both looking to transcend the pitfalls of violence.

Amores Perros initially grabbed attention for its brash style, but it has remained relevant because of the quality of its performances. This goes for Gael García Bernal, whose wounded good looks helped him become an international indie it-boy, but it goes for the entire ensemble as well. The cast brings complex dimension to the drama so that it connects beyond the surface-level flash and grit.

And don't get me wrong: Rodrigo Prieto's cinematography isn't trendy garbage. While the choice to develop the film with a bleach-bypass process to emphasize the grain and contrast positively screams "Late '90s!," Prieto's handheld camerawork is totally fluid and organic, staying locked in on the performances and never stealing focus from them.

Iñárritu has gone on to become a world-class director -- one of the few to win the Best Director Academy Award back-to-back (for Birdman, or (The Unexpected Virtue of Ignorance) and The Revenant) -- but, to my taste, he has never made anything as good as his debut. The ability to brilliantly execute small moments while working on a huge canvas feels natural here -- and labored in later work. Iñárritu's self-consciously arty inclinations inject Amores Perros with invigorating originality -- and drag later films into boring pretension. In other words, Iñárritu is pretty much fully formed here, and he had nowhere to go but down. 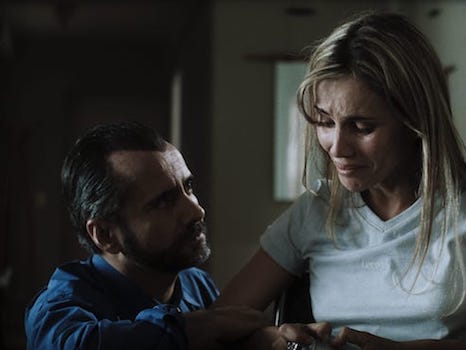 The Blu-ray
Amores Perros is packaged with a booklet featuring essays by Fernanda Solórzano and Juan Villoro.

The Video:
Sourced from a new 4K restoration, this AVC-encoded 1080p 1.85:1 transfer is stellar. Lionsgate previously released Amores Perros on Blu-ray, but bizarrely color-corrected the image to normalize the bleach-bypass development of the film and weaken the colors and contrast. This version restores the original look, making the reds and blues particularly vibrant. No noticeable film damage, and a clean, sharp image in general. Bleach-bypass makes for a grainer image, but the transfer never gets overwhelmed or noisy.

The Audio:
The film features a new Spanish DTS-HD MA 5.1 surround mix (with optional English subtitles) which, according to Criterion's booklet, includes a bit of new foley work to improve ambient detail. Without a prior viewing fresh in my head, it's hard to judge how different this is. But it's easy to assess this mix as immersive, with plenty of ambient effects and a powerful low end. Gustavo Santaolalla's moody score and the smattering of needle drops shine through boldly. Dialogue is also clearly discernible -- apart from a few subjective moments where the sound is intentionally distorted.

(HD, 28:20) - A Zoom call where My Summer of Love and Cold War director Pawlikowski prods Iñárritu for his memories around the making and release of the film.


Final Thoughts:
As someone who has become increasingly disenchanted with Alejandro González Iñárritu's work over the years, I was admittedly hesitant to revisit Amores Perros. Thankfully, the film has lost none of its power. And while Amores Perros is unapologetically bold in its style and structure, it is thankfully low on the goofy pretentiousness that sours me on most of Iñárritu's other films. Criterion's disc looks and sounds fantastic, and the half-dozen new supplements are engrossing and enriching. An absolute must-own. DVD Talk Collector Series. 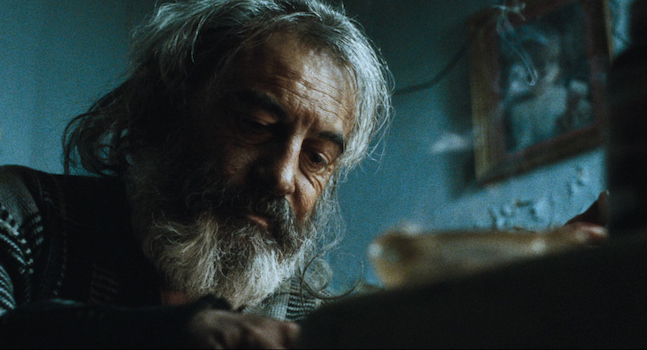