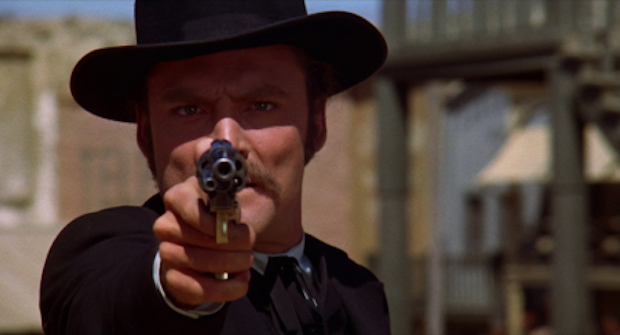 Kino Lorber releases the 1971 revisionist western Doc on Blu-ray, shortly after the company revived some other well-loved but little-seen films from director Frank Perry, Ladybug Ladybug and Diary of a Mad Housewife. The major difference between those films and Doc is that Eleanor Perry wrote the earlier efforts and they are often referred to as films by "The Perrys." Frank and Eleanor divorced after Mad Housewife, and Doc can be seen as Frank's declaration that he is still a major filmmaker even without Eleanor's contribution.

Initial reactions to Doc were mixed, with the bad notices seemingly colored by distaste for Frank Perry's treatment of his ex-wife (which is fair) and somewhat by the film's insistence on the making the Old West seem... unpleasant. New York journalist and first-time screenwriter Pete Hamill is gruffer in his dialogue than Eleanor Perry -- the main female character is affectionately called "Bitch" throughout the film -- and his characterization of formerly legendary figures is so realistic as to be unsparing.

Stacy Keach stars as John "Doc" Holliday and Harris Yulin stars as Wyatt Earp, but My Darling Clementine or Gunfight at the O.K. Corral this ain't. Keach's version of Holliday isn't so different from Clint Eastwood's later lead performance in Unforgiven: world-weary, looking for redemption, but unable to shake his identity as a killer. Yulin's Earp is unexpectedly cold and calculating, an opportunist looking only to gain political power. (According to Alex Cox's Blu-ray audio commentary, screenwriter Hamill partially envisioned his Earp based on his personal observations of Lyndon B. Johnson.)

Yet, while it's far from the most popular or iconic film version of the events that transpired in Tombstone a century and a half ago, Doc is a perfectly worthy rendition of events, heavily steeped in a grubby visual style reminiscent of McCabe and Mrs. Miller.

The film is framed around Doc's arrival in Tombstone, Arizona, at the invitation of his old pal and current territory Marshal, Wyatt Earp. Along the way, expert gambler Doc "wins" spirited sex worker Kate Elder (Faye Dunaway) from scruffy cowboy Ike Clanton (Michael Witney) in a card game. It starts off a slightly cracked love affair between Doc and Kate, as well as introducing a sure-to-be-fatal enmity between Doc and Ike Clanton.

Wyatt, it turns out, already has a long-brewing feud with the Clantons and their cohorts. He plots with his brothers to figure out how exactly to the get the pesky cowboys out of the picture. In a scene that underlines this film's "this ain't your daddy's western hero" attitude, Wyatt gives in to Ike Clanton's exhortations for a fair fistfight, but he takes cheap shots and kicks his opponent before being summarily beaten down. When Wyatt shortly afterward declares he has to kill the Clantons, it's clearly out of hurt pride rather than a purported quest for justice.

Meanwhile, Doc wrestles with his own legend. He takes the youngest Clanton, known as "The Kid" (Denver John Collins), under his wing and teaches him how to shoot. Doc is horrified when The Kid says he wants to be a gunfighter just like Doc. He sees himself in The Kid, but the volatile mixture of self-loathing and regret makes that resemblance more a curse than a blessing in Doc's eyes.

Similarly, Doc seems to yearn for domesticity with Kate but he can't fully commit to it. Faye Dunaway is called upon to bring the most nuance to her role, showing tenderness and affection for Doc despite a lingering hardness from her life "on the line" (in the parlance of the film). It says something about Dunaway's performance that she is sorely missed once the film becomes singularly focused on the inevitable showdown at the O.K. Corral and its aftermath.

This isn't to say that the rest of the cast is lacking. Keach brings a soft-spoken gentleness to his performance that consistently allows viewers to accept Doc as a fallible man, not a superhero legend. And Harris Yulin is frightening in his take on Wyatt Earp as a subdued sociopath, whose most shocking move might be the way he coolly turns the immediate aftermath of the O.K. Corral shootout into an opportunity for political speechifying to horrified onlookers.

Doc is decidedly a product of the era in which it was made, but its rough-hewn atmosphere and moody performances make this a western I'm more likely to rewatch than, say, Tombstone. The film is not without a few misguided stylistic flourishes -- especially certain rhythmic hiccups in the editing that are more distracting than refreshing -- but Frank Perry proves he can make a quite good film without his ex-wife generating the source material. Now, how Perry went from Doc to the camp craziness of Mommie Dearest in one short decade is a thinkpiece for another day. 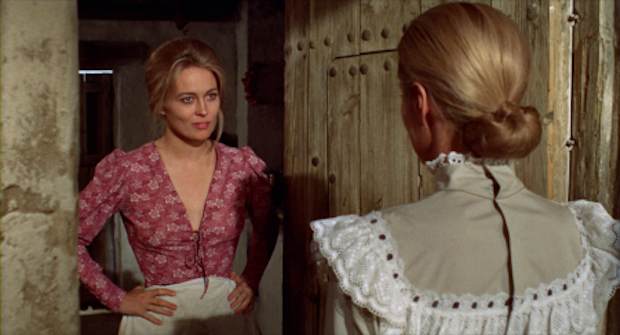 The Video:
Sourced from a new 2K scan, this AVC-encoded 1080p 1.85:1 transfer is excellent. The cinematography by Gerald Hirschfeld (Young Frankenstein, Fail Safe) is subtly stylish without sacrificing the naturalistic tone. The image on the disc is clean and stable, with a rich filmic texture. Excellent detail in both wide shots and tight close-ups. Color palette is earthy -- brownish, reddish -- and the skin tones look lifelike. Nicely saturated, with well-delineated contrast.

The Audio:
No complaints about the DTS-HD MA 2.0 mono audio mix. Dialogue cuts through, and effects are convincingly mixed in. The music by Jimmy Webb (songwriter of hits like "MacArthur Park") is fairly subtle and sparingly used, but effective. An English subtitles track is included; a few stray phrases in Spanish are not transcribed.

- Film director Cox made Straight to Hell in the same Spanish city (Almería) where Doc was shot and recently made his own O.K. Corral film, Tombstone Rashomon, so he brings his own experience to his analysis of Doc. He talks about the locations and the history, especially in the places where Pete Hamill and Frank Perry's vision diverges from what is actually known. He also offers charming observations on the filmmaking and performances. At one point, he mourns the fact that he is unable to flesh out his knowledge with further library research due to pandemic restrictions, but he provides an engaged and engaging reaction to the film nonetheless.

Final Thoughts:
Some westerns fans might sniff at the irreverent handling of these iconic characters, but the unique mood and striking performances more than justify this approach. Kino's disc is technically top-notch, and Alex Cox's commentary is a truly worthwhile listen. This one comes Highly Recommended. 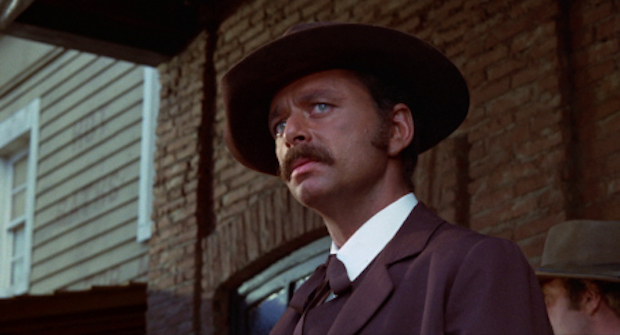