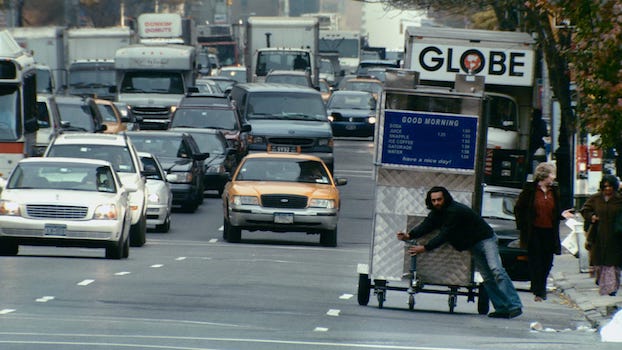 At the center of the film is Ahmad (Ahmad Rizvi), a Pakistani man whose romantic dreams of starting a new life in New York have been thwarted. At first, we mostly see Ahmad at work, manually schlepping a breakfast push cart through the streets of Manhattan -- because he has no car to drive it to his allotted spot -- and serving a sea of New Yorkers their morning coffee, bagels, and pastries. In his off-hours, he hustles bootleg DVDs for money for smokes and beer.

Bahrani's film gradually doles out details of Ahmad's life. He had a wife who died in the past year, and his in-laws refuse to let him see his son. All his toil seems to be with goal of getting enough money together to rebuild a life for him and his son.

Others enter Ahmad's life and complicate things. A pretty Spanish newsstand worker (REC 3's Leticia Dolera) becomes interested in Ahmad romantically, but he can't seem to let anyone in. A Pakistani business bro (Charles Daniel Sandoval) recognizes Ahmad as a former rock star from back home and offers to jumpstart a New York comeback for him, but Ahmad seems ambivalent at best about re-entering the world of music.

The film has a quiet, somber tone, but it doesn't revel in Ahmad's depression so much as it diligently documents how he keeps going, after his supply of hope should have reasonably run out. Bahrani has stated that he was inspired by Camus's reading of the myth of Sisyphus, and how the myth suggests that the toil and hardship of daily life gives people a reason to keep on living.

Bahrani's film touches on the prevalent xenophobia in post-9/11 New York and on the fatal flaws of American capitalism, but the film refrains from making broad points about these topics. The focus remains small and human, carefully portraying a life it would be easy to neglect or ignore. Bahrani's humanism has earned comparisons to Italian neorealism (while the filmmaker has noted Bresson and Kiarostami among his influences). The lingering pleasure of Man Push Cart (amidst the tragedy and pain of its narrative) is the way that Bahrani shows us the world we know in a way that we neglected to look at it. 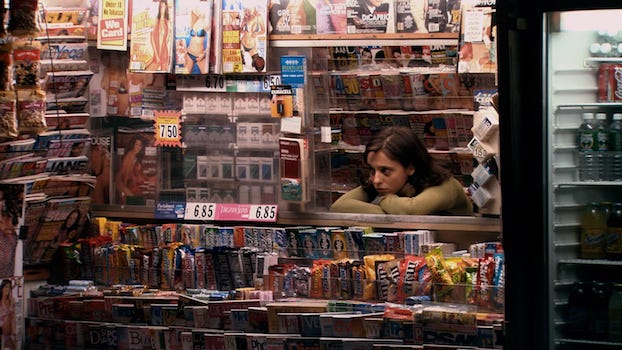 The Blu-ray
Man Push Cart is packaged with a fold-out featuring an essay by Bilge Ebiri.

The Video:
The AVC-encoded 1080p 1.78:1 presentation is sourced from a native HD recording. The look has a guerrilla flavor to it, with a lot of scenes shot with available light -- or what is designed to look like available light. That said, this has a satisfying organic feel, better than a lot of early digital cinema efforts. The semi-celluloid illusion isn't perfect, but clearly a lot of care went into Michael Simmonds's cinematography to find a natural simplicity without resorting to documentary blandness.

The Audio:
The English and Urdu DTS-HD MA 5.1 surround mix isn't flashy but is effective in evoking the bustling ambience of the New York streets. Dialogue is clear, considering the off-the-cuff atmosphere in which it was mostly captured. The disc offers an English subtitles option for the Urdu passages and a separate English SDH track for everything.

- Originally included on the DVD release. This is a chummy, upbeat discussion of the filmmaking process, full of detail and good spirit.


Final Thoughts:
Man Push Cart is the kind of quiet, character-driven, no-budget New York film that has dried up in recent years. It's hard to be nostalgic for the George W./Mike Bloomberg era in New York exactly, but the film is so evocative of the time and place that it feels like documentary reality. And the sense of being connected to real people in a real place offers its own kind of intoxication. The supplements also offer lots of satisfying behind-the-scenes chat with a whole crew of cinephilic creators. Highly Recommended. 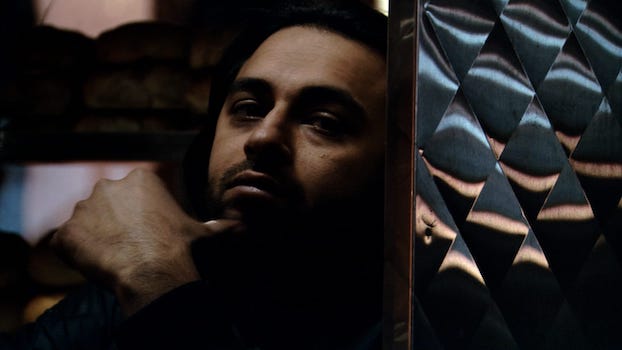