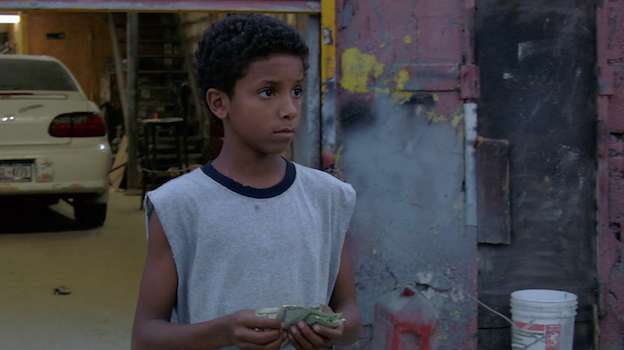 Like his first film, Man Push Cart (which was also recently released on disc by the Criterion Collection), Ramin Bahrani's 2007 film Chop Shop is a naturalistic New York drama about immigrant life with a documentary feel. Set among the body shops and auto junkyards of Willets Point, Queens, the film follows 12-year-old orphan Alejandro, aka "Ale" (Alejandro Polanco), as he finds different hustles to support himself and his teenage sister Isamar, aka "Izzy" (Isamar Gonzales). Early in the film, Ale's pal Carlos (Carlos Zapata) lets him know about a garage where he can work and sleep, with a nearby food truck for his sister to work in.

As with Man Push Cart, Chop Shop integrates its characters into real-life situations. We see the unique parade of motorists who drive past the body shops, as workers from all the shops -- including kids like Ale -- try to snag them for their boss's garage. The filmmakers told most of the surrounding businesses that they were making a documentary, and the finished product demonstrates a fascination for the way folks in this area do their work.

Viewers can be forgiven for assuming that most of the featured actors are playing themselves, because Bahrani creates such a naturalistic illusion. It's a credit to the young performers that they never resort to obvious acting approaches, even as the turns of the story enter territory that could be overblown and capital-D Dramatic in less assured hands.

Ale learns that his sister is turning tricks, so he quietly contrives different ways to keep her from sex work. The most charmingly misguided ploy is the tip jar he gives Izzy to put out at the food truck, as though that would fully replace her other stream of income. Ale's masterplan is to collect enough money to buy a used food truck that the two of them can turn into their own business. This plan echoes the one that Ahmad has in Man Push Cart, and although things don't play out in the same way for Ale and Izzy, they too wind up seeing their dreams backfire on them before the film is over.

Bahrani's film doesn't wallow in the heartache and disappointment of Ale and Izzy's lives. It's neither unduly harsh nor patronizingly cutesy. It acknowledges the kids' situation, while also showing their resilience in the face of long odds. It's this resilience -- shared also by Ahmad in Man Push Cart -- that makes this story so disarming. Chop Shop finds Bahrani once again tapping into the lifestyle and rhythm of a world most viewers would otherwise never get a chance to see. It's worth discovering. 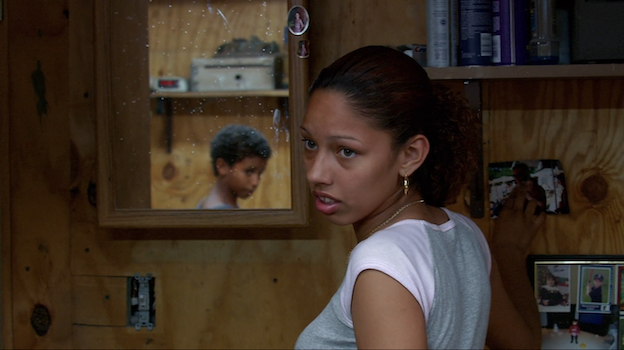 The Blu-ray
Chop Shop is packaged with a foldout featuring an essay by novelist Viet Thanh Nguyen.

The Video:
Shot natively on HD video, the AVC-encoded 1080p 1.78:1 presentation looks crisp and problem-free. Michael Simmonds cinematography has a loose documentary flavor to it, but the image is always balanced and well-composed.

The Audio:
The DTS-HD MA 5.1 surround has a naturalistic quality that nonetheless has clearly been carefully mixed and sound designed to immerse the audience in the world of the characters. One subtitle option: English SDH.

- This is ported over from the 2008 DVD release of the film. It pairs well with the "Making Chop Shop" (see below) featurette, because it features fresh memories of the filmmaking process.


Final Thoughts:
Ramin Bahrani's sophomore film demonstrates many of the same concerns present in his debut -- namely, an interest in the working poor who are instrumental in maintaining the lives we lead but are often ignored. Chop Shop's orphans have troubles that can't be contained or wrapped up in the length of a feature film. But Bahrani's empathetic and sensitive approach gives us privileged access to their world. Criterion's presentation, like their Man Push Cart disc, is excellent. Highly Recommended. 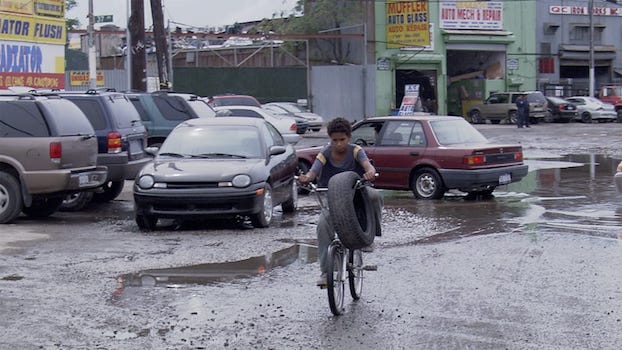