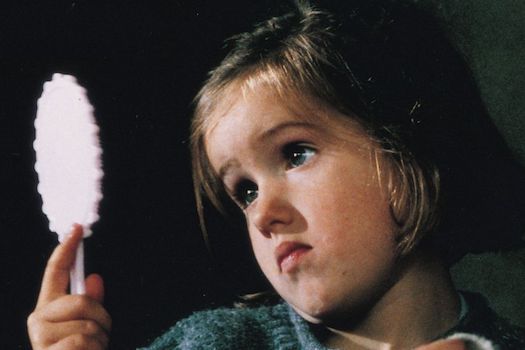 Jacques Doillon's 1996 film Ponette is one of the absolute best fiction films centered on the experience of very young characters. (A more recent example that comes to mind is Carla Simón's Summer 1993, which could be considered a sister film to Ponette.) Doillon's film puts its 4-year-old central character in the impossible position of coping with the death of her mother and sensitively explores the confusing emotions that situation presents.

Young Victoire Thivisol plays Ponette so naturally that we never doubt the honesty of what she's doing. The whole world of the film is populated with young people who are utterly unselfconscious on camera, avoiding cutesy-poo "kid acting." The film does not demand improbable maturity from the young performers either. This is a kid's-eye view of heavy existential issues.

Ponette begins the film in a hospital bed. She has been in a car accident that we soon find out has claimed the life of her mother. Her father (Xavier Beauvois) is rational to a fault; he complains to Ponette about how stupid his wife was to endanger their lives and get herself killed. All Ponette can do is protest that her mother was not stupid.

Ponette's father has to work, so he leaves Ponette with her aunt (Claire Nebout) and cousins out in the country. In a well-meaning attempt to comfort Ponette, her aunt tells her the story of Jesus' resurrection. This causes Ponette to focus on the idea that her mother can come back from the dead.

This is one in a series of instances where others will try to comfort Ponette with religious ideas, only to essentially confuse Ponette's understanding of death. On top of this, her cousins and schoolmates concoct fantasy ideas that muddy the waters further. If you say this magic phrase, the dead will be resurrected. If you successfully play this game of "the floor is lava," you'll be able to talk to your mother. Ponette does the tasks and takes the tests. She so badly wants to see her mother that she is willing to trust the questionable expertise of all those around her.

Apart from the potency of its emotions, Ponette is remarkable for how effectively it realizes the world of its young characters. Ponette's cousins and classmates are fully formed, with their own little games, rituals, and knotty webs of relationships. The small moments of careful attention and mock-romance between Ponette and her young male cousin ring particularly true and can only exist in a world outside of adult influence.

The film resolves Ponette's situation in an unusual way that goes outside of the established naturalism of the film. In his unrepentantly spoiler-y review, Roger Ebert considered this a dishonest misstep on the film's part. To this viewer, it is a choice that defines the film as being about Ponette's yearning and not about her misery. I prefer that choice. 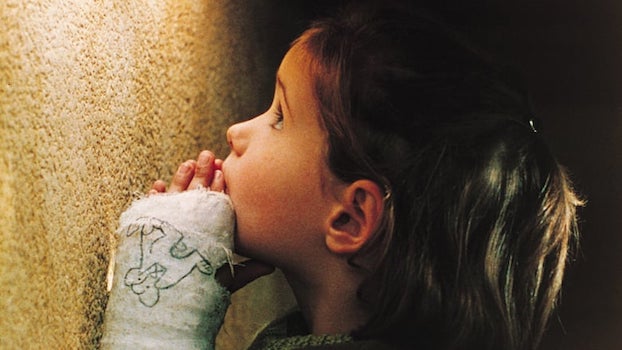 The Video:
The AVC-encoded 1080p 2.35:1 presentation from a gorgeous new 4K restoration. A few light scratches at one point -- which, from the look of it, might have been on the negative -- but otherwise a clean and crisp transfer. Colors and detail are both strong.

- Deighan turns in another first-rate scholarly commentary, analyzing the film as well as discussing its history and production process.

Final Thoughts:
A sensitive and unpretentiously shattering look at the life of a four-year-old girl dealing with grief. Although it garnered a lot of positive critical attention in the U.S. upon release, Ponette has been sadly neglected in recent years. This great-looking Blu-ray will hopefully revive the film in cinephile circles, because it deserves it. Highly Recommended. 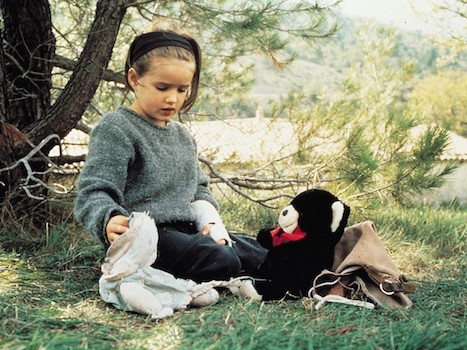