Belle of the Nineties 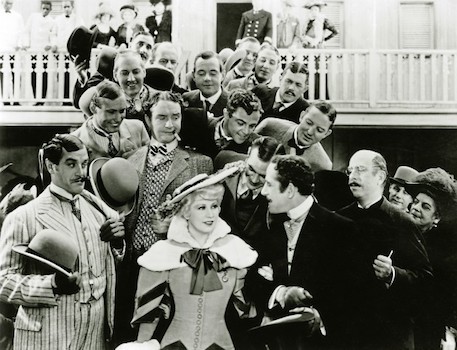 NOTE: The images presented here do not represent the quality of the Blu-ray under review.

This month, Kino Lorber is releasing Blu-rays of Mae West's nine films from her star-making run at Paramount Pictures. While not as famous as the two films that preceded it (She Done Him Wrong and I'm No Angel), 1934's Belle of the Nineties is a solid showcase for West's inimitable talents.

West stars as Ruby Carter, a St. Louis stage sensation who sings and saunters (and we must presume, despite Hays Code-mandated chasteness, strips). Ruby is getting serious with a boxer, Tiger Kid (Roger Pryor), but decides to cool it when the Kid gets jealous. She takes up a contract in New Orleans, where she is the toast of the town. She quickly becomes embroiled in a kind of bidding war for her affection, with her new boss Ace Lamont (John MIljan) a particularly bitter competitor.

Director Leo McCarey made Belle of the Nineties as a follow-up to his outing with the Marx Brothers, Duck Soup, and he brings an invigorating energy with him. The flick's plot has enough of a melodramatic kick to fuel its relatively short runtime. The real attraction, however, is West's fully stocked arsenal of subversive quips (Q: "Are you here in town for good?" A: "I'll be here -- but not for good") and a series of singing performances backed by Duke Ellington's orchestra. No one is going to mistake West for a vocal virtuoso, but her sultry performances of "When a St. Louis Woman Comes Down to New Orleans" and "My Old Flame" have charisma to spare.

West's choice to showcase black performers like Ellington and George Reed, who appears as a street preacher in the film, was progressive for its time. Modern viewers can be forgiven, however, for being horrified at the grinning, bug-eyed stereotypes the film demands that most of these performers portray. 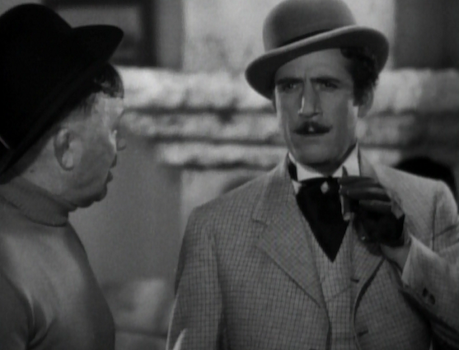 The Video:
The AVC-encoded 1.37:1 presentation is a definite step-up from DVD but is relatively lacking in the clarity department. As my colleague Kurt Dahlke noted in his review of Go West Young Man, these Mae West BDs are sourced from safety dupes rather than film negative. Decent detail in close-ups, but wide shots are noticeably soft. Considering that, the flick looks pretty good. Some specks, scratches, and minor density issues, but contrast and image stability are solid.

The Audio:
The DTS-HD MA 2.0 mono audio mix is good, with notable age-based limitations and sporadic moments of distortion. (In one of Mae West's musical numbers, the "s"s that she sings sound like they sizzle.) Dialogue is discernible throughout, and the music holds it shape even within the boxy soundstage. An English subtitles option is provided.

Final Thoughts:
With its mix of music, comedy, and broad melodrama, Belle of the Nineties is a slightly uneven but highly satisfying showcase for leading lady Mae West. Recommended. 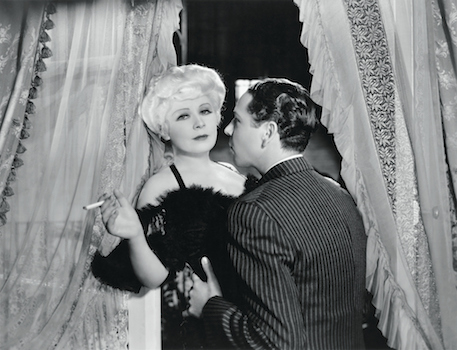