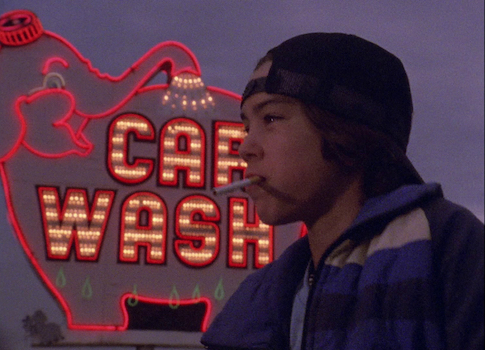 The 1984 documentary Streetwise began with a LIFE magazine article about kids living on the streets of downtown Seattle, written by Cheryl McCall and photographed by Mary Ellen Mark. For the film, McCall and Mark collaborated with Mark's husband, cinematographer-director Martin Bell (all three share the possessory "a film by" credit).

The film drops in on the lives of roughly a dozen poor and runaway kids who frequented a bustling stretch of Pike St. not far from the famous Pike Place Market. At first glance, it might just look like a happening spot for kids to hang out, razz each other, flirt, and fight. But these kids all have some sort of hustle. The females are looking to score "dates" at forty bucks a pop, while the males act as pimps or they hound passersby for spare change.

On the audio commentary recorded for Criterion's new release of Streetwise, director Bell says that the way the kids acted in the streets was already a kind of theater that required no prodding or coaching from him. Many of the kids have nicknames straight out of a pulp novel: Buddha, Red Dog, Munchkin, Shadow. They talk about petty crime and the mechanics of sex work with the same matter-of-factness that other kids talk about trying out for the soccer team.

The two kids who score the most screen time are Tiny, a 14-year-old sex worker who dreams of wealth and a big family, and Rat, a runaway petty thief who squats in an abandoned hotel. There's something almost romantic about the way Tiny and Rat seem so free and natural in their surroundings -- when Rat jumps off a bridge to land fully clothed in the river below or when the two of them roller skate down the empty hallways of the hotel. But the film doesn't shy away from the damage that pushed these kids into their current situation.

We are shown some of the kids at their homes, and there are sadly few surprises. Alcoholism, sexual abuse, and simple indifference all contribute to environments that make the kids feel less safe with family than they do out on the streets. A 16-year-old named Dewayne visits his father in prison, and the old man harangues his son not to make the same mistakes he's made. Watching this conversation play out, we hope that the words will make a difference but can't help assuming they won't.

Streetwise is loose, a harrowing slice-of-life without much in the way of resolution. This means that, similar to Lech Kowalski's Story of a Junkie from roughly this same time period, there is no shoehorned message to swallow. Thankfully. But some viewers might be discomfited to realize that, by eschewing a lot of contrivance, the film doesn't offer much hope either. 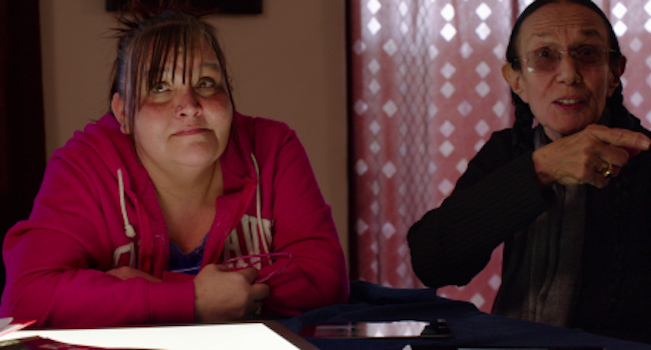 A look at Streetwise's Wikipedia page confirms that many of the subjects wound up in bad situations. One of the subjects, Tiny, aka Erin Blackwell, has remained in touch with Mary Ellen Mark and Martin Bell since the film was made. Mark has photographed Tiny many times, and Bell directed two follow-up shorts and a feature, checking in on Tiny's life.

The 2016 feature Tiny: The Life of Erin Blackwell acts both as a coda to Streetwise and as a chance for Mark to say goodbye to her frequent subject. (Mark died in 2015.)

Erin has tried to clean up and be a good mother, but often we see her sleeping in the midst of chaos -- presumably the side effects from the methadone she's taking. Her children seem to get along and behave sweetly when they're together, but many of them are heading down similar tortured roads as their mother. Erin's adult son Daylon, who is the father of a young baby, admits that he is addicted to smoking heroin.

Throughout Tiny, Mark and Bell use iPads to show Erin and some of her children the photographs and footage that has been shot of them over the years. Revisiting these images brings up lingering regrets, some resentments, and even some nostalgia; Erin's older children seem to understand intellectually why she wasn't there for them as young kids, but it doesn't make it hurt any less.

Tiny does not offer the same visceral shock as the original Streetwise, but its portraiture is similarly surprising and complex. In a way, it's nice to see that Erin was able to make it to middle-age, let alone to have a family. On the other hand, it's sad to see that the traumas which were dealt to Erin are also being passed down to her kids. 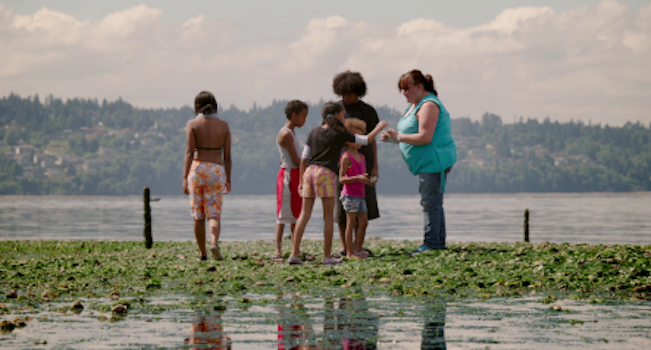 The Blu-ray
Streetwise / Tiny: The Life of Erin Blackwell is packaged with a booklet featuring an essay by Andrew Hedden, the original LIFE magazine article, "Streets of the Lost," and a 2015 reflection by Mary Ellen Mark.

The Video:
Streetwise is an AVC-encoded 1080p 1.40:1 presentation sourced from a new digital scan of the 16mm negative. Criterion's work with 16mm sources is consistently the best I've seen, and this is a clean and stable transfer with strong colors and detail. There are a few scene transitions that have a strange one-frame flaw that resembles an interlacing error, but these quirks are fleeting and few. Tiny is an AVC-encoded 1080p 1.85:1 presentation sourced from new digitally shot footage, plus older clips from Streetwise and Martin Bell's short films (see Special Features below). The new footage and the film footage both look excellent.

The Audio:
Streetwise comes in an LPCM mono audio mix that is excellent. The subjects frequently wore radio microphones, so the things they say are rarely garbled even when the camera is far away. There is also excellent editing and mixing of diegetic atmosphere and music on the street. Tiny comes in a DTS-HD MA 5.1 surround mix that is similarly better recorded and mixed than most fly-on-the-wall style docs. You're not going to use Tiny to show off your sound system, but care has been taken to create a subtly immersive mix. Both films have one subtitle option: English SDH.

- Director Bell offers an outstanding commentary that covers both the personal and technical aspects of making the film. He's surprisingly self-effacing, calling the film "flawed" at one point, and full of relevant memories about the production and completion of the film.

Final Thoughts:
Fair warning: the subject matter of Streetwise and the other docs included on this disc can be depressing. However, the filmmakers' bracing honesty, complimented by their sympathy and affection, makes these works electric and essential viewing. Highly Recommended. 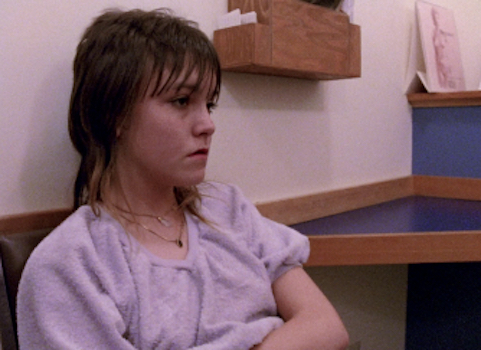