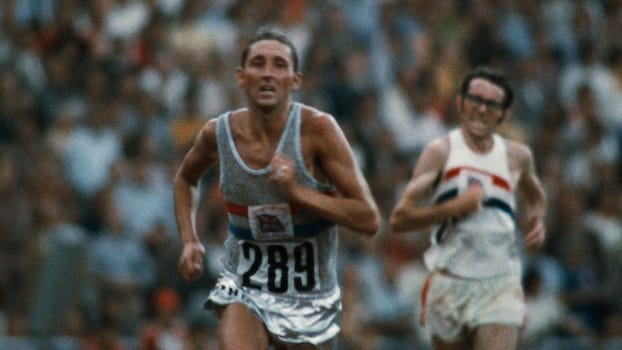 Four years ago, Criterion released the glorious 100 Years of Olympic Films: 1912-2012 box set, which compiled 53 films from 41 Games. As a sports non-fan with an odd affinity for sports documentaries, this set is a goldmine of blissfully pure cinematic moments (and some banal, clunky stuff). A handful of these Olympic films have managed to break out from the pack and gain notoriety in cinephile circles over the years, like Leni Riefenstahl's Olympia and Kon Ichikawa's Tokyo Olympiad. The latter was released as a deluxe standalone edition by Criterion last year, presumably to coincide with the scheduled return of the Olympics to Tokyo.

So... take two. To tie in to the re-scheduled 2021 summer Olympics, Criterion has released a deluxe standalone edition of another auteurist entry from this history of Olympics films: Visions of Eight, a hit-and-miss anthology film captured at the 1972 Munich Olympics.

Billed as eight short films overseen by international heavy-hitters like John Schlesinger, Arthur Penn, Miloš Forman, Claude Lelouch, and a returning Kon Ichikawa, Visions of Eight is assured to be at least somewhat interesting -- and it is. However, the relatively free rein producer David Wolper (Roots) gave to each filmmaker doesn't make for a cohesive whole. Certain short films suffer from placement near other visually or thematically similar films, and the narrow, impressionistic approach fails to give viewers a palpable "big picture" sense of this edition of the Games.

The most formally rigorous and overall most rewarding short is Penn's hyper-slo-mo examination of the pole vault event. The film begins literally out-of-focus, showing the act of pole vaulting as a vague, poetic sense of movement. Gradually, the event comes more into focus and a narrative emerges. The battle each athlete has with gravity and that blasted pole is made grandly operatic, and eventually two leading competitors -- an American and a West German -- are placed head-to-head by the editing of the legendary Dede Allen. While most of the films here strain for abstract poetry, Penn's segment achieves it and finds a narrative coherence that eludes many of the other segments.

Like which segments? To be blunt, the opening segment credited to Soviet director Yuri Ozerov and the segment on the influx of women athletes by West German director Michael Pfleghar, are slickly edited and nonsensical. In Ozerov's case, his work was reportedly recut, which is frequently a recipe for pabulum... so I'll just leave that be. Pfleghar's film, however, is hilariously empty-headed in approaching its topic, seemingly saying, "Here indeed are some shots of women." The camerawork mostly feels like leering, and the zippy Henry Mancini music adds to the vapidness. 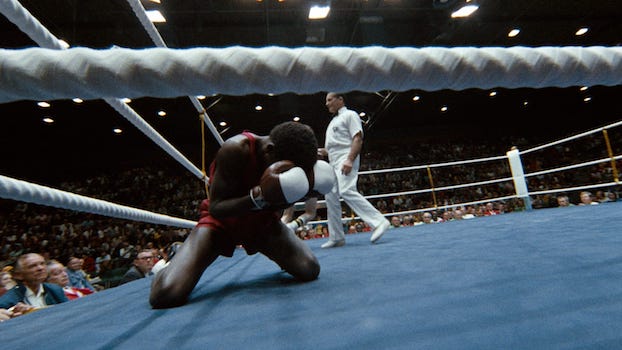 Mai Zetterling and Claude Lelouch both deliver the most interesting portraits of athletes at work. Zetterling, better known as an actor and the only female director here, focuses on weight lifting. The effort that goes into training for the sport is relayed in witty vignettes, and Zetterling's stated mission to examine the obsession that goes into these feats of strength is present in every frame. Lelouch chooses to focus on losing. Because of the broadness of his theme, we actually get to see a greater variety of events than in most of these pieces. The moments that Lelouch chooses are disarming and intense. We see years of work and burning lifelong desires snuffed out in a moment. We see one wrestler continue a match after an injury, and we realize before him that he should just forfeit.

The segments from Forman, Ichikawa, and Schlesinger would arguably all benefit from being seen in isolation, rather than in this omnibus. They all deal with running to varying degrees, which creates a sense of sameness that undercuts their idiosyncrasies.

Ichikawa uses 35 cameras, almost all of them overcranked, to achieve a slo-mo dissection of what happens to runners during a 100-meter race. Considering the prevalence of slo-mo in the film as a whole, the end product feels oddly impersonal and bland. The scientific aspect of the piece -- namely, slowing down fast movements -- similarly packs less than its intended punch, thanks to thousands of sports broadcasts that have recapitulated the slo-mo replay into a tired trope.

Meanwhile, Forman's piece is a tonal standout, in that the pomposity-deflating satirical tendencies of early films like The Firemen's Ball are present and accounted for. Forman comically intercuts footage from the decathlon with corny Bavarian folk music performances, skewering the pageantry of the Games through the juxtaposition. While most of the films in Visions of Eight seem to ignore the details of the competitions they are purportedly documenting, this segment's irreverence seems almost a step too far, clashing uncomfortably with the generally earnest tone of the rest of the film. However, I watched this segment on its own, a day after watching the feature, and I had a greater appreciation for it.

The same holds true for John Schlesinger's closing vignette, "The Longest." Schlesinger tries to do a lot -- including tying a bow on the unruly film that preceded. His original vision was a portrait of English marathon runner Ron Hill that included a much broader scope, including footage of Hill at home. By necessity, Schlesinger had to fold in a thread about the infamous hostage situation that came to define the '72 Olympics (he was the only filmmaker on the project left in Munich at that time). The way in which Hill forcefully ignores the new developments about the doomed Israeli athletes is framed as typical of a person obsessed with one goal. Schlesinger's segment feels like the most ambitious -- which earns it some points -- but it still remains artsy and strange enough to land as a too-esoteric ending. Divorced from the expectations built up by the preceding film, however, it's a striking stand-alone short.

The feature's minutiae-driven approach might be off-putting for viewers seeking a more straightforward history -- especially considering the major historical events that occurred at the '72 Olympics -- but there are enough artistically rewarding moments in Visions of Eight to justify including it in the upper echelon of Olympics films. 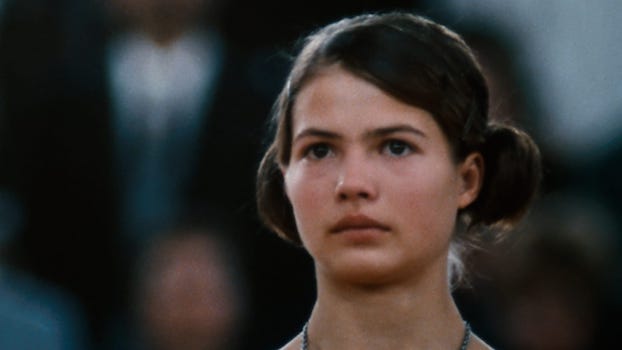 The Blu-ray
Visions of Eight is packaged with a booklet featuring writing by George Plimpton, David L. Wolper, and Sam Lipsyte.

The Video:
The picture quality of the AVC-encoded 1080p 1.85:1 presentation is markedly better than the 2011 Olive DVD It is quite similar to Criterion's 2017 box set presentation, but with a more generous encode bitrate that gives this version an edge. For the most part, everything is stable and free from damage. Certain passages are a bit soft due to focus-pulling issues or a bit of photochemical optical tinkering, but much of the film offers satisfying depth. The grain level fluctuates, but this feels natural to the era and style of filmmaking.

The Audio:
Like the picture, LPCM mono audio soundtrack is well-restored. Narration and music are the most notable audio components, and they are both well-supported. Henry Mancini's score vacillates between various moods: subtle, swinging, rousing, and moody space-age electronic sounds. An English SDH option is provided.

- Three podcasters from the Ringer sports/pop culture empire discuss the film. It offers some interesting research and some smart, approachable analysis. The whole track has a jovial, chatty tone. An enjoyable listen!


Justin Remer is a frequent wearer of beards. He directed a folk-rock documentary called Making Lovers & Dollars, which is now streaming. He also can found be found online reading short stories and rambling about pop music.