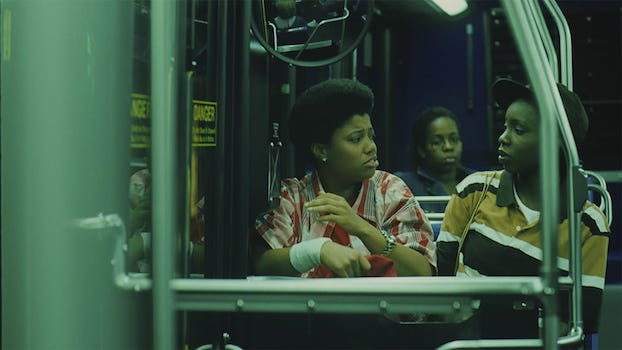 The 2011 coming-of-age drama Pariah could be mistaken for residing in a niche within a niche. It's a Black Film AND it's a Lesbian Film. And while Pariah doesn't try to soft-pedal either of these aspects, it also doesn't seem unduly burdened to represent anything other than the emotional honesty of its characters. This gives the film a universal appeal, and it deserves to reach beyond a specialized audience.

Pariah is a film that overflows with empathy, thanks primarily to the sensitive and perceptive script and direction by Dee Rees (Mudbound). The actors follow Rees's lead, shaping characters who are far from perfect but whose foibles and desires are wholly understandable and relatable.

Adepero Oduye (The Falcon and the Winter Soldier) stars as 17-year-old Alike, or "Lee," a shy, artistic Brooklyn teen who feels too awkward to hit on women at clubs. She hides her queerness from her folks by swapping out the baggy baller gear she prefers for more traditionally feminine clothes when she is at home. Alike's mother Audrey (Kim Wayans) is a churchy woman who feels herself losing her grip on her family. She intuits her daughter's secret and tries to force her to change: Audrey forbids Alike to see her butch friend Laura (Pernell Walker) and instead contrives for her to spend time with a "good influence," Bina (Aasha Davis). Little does Mom know that Bina has a crush on Alike, and she's much more interested in making out (and more) than Laura ever was.

For a low-budget film, Pariah is pretty to look at: Bradford Young's purple-and-teal-heavy cinematography intensifies the everyday beauty of the characters and their world. Adepero Oduye is often framed in tight close-ups, emphasizing the way Alike is hemmed in by the expectations and projections of all the other characters around her. Rees allows us to project on Alike a bit too, giving us a sense of her burgeoning talent as a poet without letting us know exactly what Alike sees for herself in the future.

Even acknowledging Pariah's striking beauty-on-a-budget style, the film's lived-in relationships are clearly its greatest asset. In contrast to Alike's fraught relationship with her mother, there's a natural ease with her father Arthur (Charles Parnell). They can play basketball and share jokes that Audrey and Alike's sister Sharonda (Sahra Mellesse) would never understand. When Alike picks up on the fact that her father might be stepping out, Rees gives Alike a scene where she tries to buddy up to her dad to find out what's going on. The ensuing dialogue reveals the gulf that actually exists between them, which ends up exacerbated by Arthur's resistance to the idea of his daughter being gay.

No one in Pariah is a saint, but no one is a cut-and-dry monster either. The revelation of Arthur's affair ends up softening our reaction to Audrey. We realize that she sees the family she prizes so dearly crumbling and mutating around her, and she's reacting in the way that she thinks makes sense. The fact that she's adding harm instead of help makes her more tragically sympathetic.

The performances in Pariah are sensitive and layered across the board. Adepero Oduye and Kim Wayans are in the spotlight roles, but Pernell Walker's character Laura is given a number of unexpected emotional grace notes throughout the film that counterpoint Alike's situation and enrich our view of this world. Aasha Davis brings a casual subtlety to Bina that is constantly surprising and makes her more than a flat love-interest character. Charles Parnell is so ingratiating as Arthur that his character's turn toward hardness feels almost as hurtful to us in the audience as it does to Alike onscreen.

Although it became a kind of calling card for Dee Rees, Pariah has continued to fly under the radar of most cinephiles. Maybe this is due to a lingering resistance to Black Films or Lesbian Films or (gasp!) Black Lesbian Films. If so, that's a real shame. This is a film that transcends those labels without any calculated attempt to court a broad audience. If you're continuing to stay away, it's your loss. 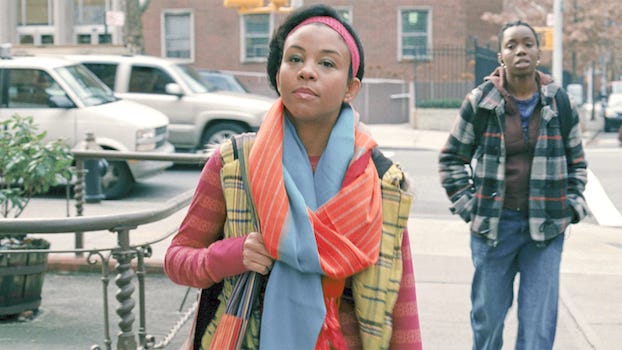 The Blu-ray
Pariah is packaged with a fold-out featuring an essay by Cassie da Costa.

The Video:
The AVC-encoded 1080p 1.85:1 presentation is extremely strong. Bradford Young's cinematography blends scrappy low-budget aesthetics with boldly colorful sensuality. The effect is memorably idiosyncratic, and it is beautifully preserved here. Colors are richly saturated, and the nuance in the contrast and shadows is utterly satisfying.

The Audio:
The DTS-HD MA 5.1 surround audio is immersive and effectively employed. It's typically a naturalistic mix, but there are certain subjective and music-driven moments that stand out as cleverly designed. An English SDH option is provided.

(HD, 35:04) - Documentary filmmaker Parkerson interviews Rees about the process that went into creating the film, including the NYU short film that she based on her original draft of the feature script.

Final Thoughts:
Criterion's release of Pariah is a welcome addition to their growing collection of excellent 21st Century indie flicks (Ramin Bahrani's Chop Shop is another example). Technically, the disc looks and sounds great, and the bonuses are all thoughtfully curated and executed. Highly Recommended. 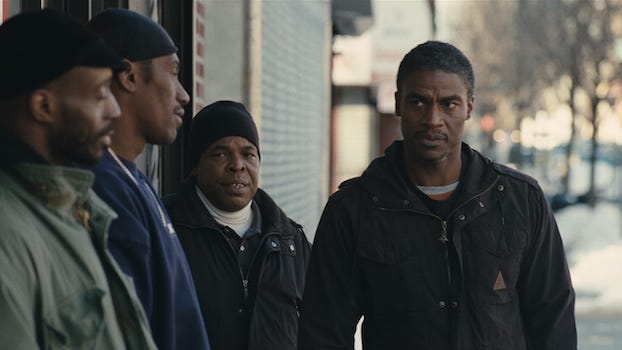