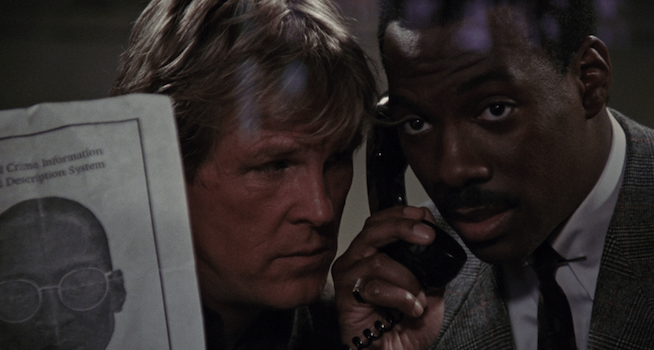 A lot transpired in the eight years between the release of the 1982 hit 48 Hrs. and its 1990 sequel Another 48 Hrs.. Director Walter Hill bounced around from mild successes like Brewster's Millions and Red Heat to quirky disappointments like Johnny Handsome. The original film's producers Lawrence Gordon and Joel Silver became two of the go-to guys for blockbuster '80s action, with credits on Predator, Lethal Weapon, and Die Hard. Most importantly, Eddie Murphy went from a rising comedy star to one of the biggest movie stars in the world, who had also begun conceiving, producing, and, in the case of 1989's Harlem Nights, directing his own projects.

As Walter Hill puts it in his interview on Paramount's new Blu-ray for Another 48 Hrs., the sequel exists because Eddie wanted to make it. Hill didn't love the idea of the retread, but he returned because he didn't want someone else having a hit with it. Lawrence Gordon returns as producer, and one feels that Another 48 Hrs. is designed to build on the legacy of his more spectacular '80s productions as much as it is supposed recapture the fun of the first 48 Hrs..

The grimy procedural vibe and smaller scale setpieces of the original 48 Hrs. have been upgraded to enormous shootouts, daredevil motor vehicle stunts, one hell of an explosion, and tons of shattered glass. As a sensible adult, I can see that Another 48 Hrs. is a clear case of bigger-is-better sequel-itis, in which the follow-up is like a garish, funhouse-mirror version of the original. As an action fan, who literally grew up watching the Gordon-Silver films throughout my childhood, I can't help but enjoy the brash pageantry -- maybe even a little more than the original.

The story this time around puts Jack Cates (Nick Nolte, looking somehow both healthier and more bedraggled than last time) on the trail of an elusive drug kingpin called the Iceman. A shootout gone wrong puts Jack on the wrong side of internal affairs' Lt. Wilson (expert hard-on Kevin Tighe), and he needs to clear his name quick. (48 hours quick? Probably, but the movie thankfully removes the on-the-nose dialogue featured in the theatrical trailer about the specific time frame required to get things accomplished.)

Jack learns that Reggie Hammond (Murphy), his one-time two-day partner, is on the Iceman's hit list. Jack coerces Reggie into teaming up again. Reggie, who is newly released from prison, naturally resists. That is, until a gang of psycho bikers hired by the Iceman comes after him, guns blazing.

In a bit of "sure, why not," sequel logic, the central psycho biker is Cherry Ganz (Andrew Divoff), the disgruntled younger brother of the bad guy from movie 1. Sure, it's more fun to give the psycho biker hitmen a personal grudge against Jack and Reggie, but it makes the final stretch of the film -- when the Iceman's secret identity is revealed and everyone starts shooting everyone else -- oddly convoluted and mildly confusing.

Although Walter Hill does not address it in his new interview, there is plenty of digital ink spilled about the runtime of the film. Reportedly, the film was abruptly trimmed from about two hours to about 95 minutes shortly before release. I'm opposed to arbitrary studio meddling, but here's the thing: apart from that mild confusion I just spoke about and a peculiar dangling thread about Reggie being detained in prison for five extra years on trumped-up charges, I don't think the film is crying out to be longer. Like the original 48 Hrs., this is a story that benefits from being lean and mean. We want to see the characters we remember get in some scrapes, joust verbally a bit, and get out of there.

Another 48 Hrs. is fairly shameless in repeating and riffing on well-liked moments from the first film -- Reggie's cartoonish out-of-tune singing is a notable example -- but this sort of fan service feels oddly quaint and cuddly when compared to the incessant Easter Eggs of the MCU era. Murphy and Nolte fit so smoothly back into their characters that I'm more than willing to forgive a dopey story that is essentially about a cop threatened by -- gasp!! -- bureaucratic oversight.

Blow it up, shoot it up, yuk it up. Who's got the popcorn? 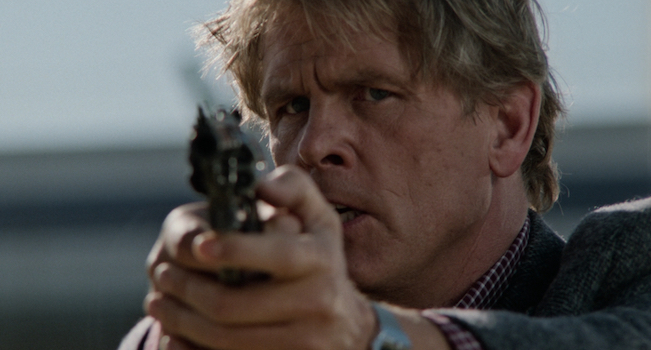 The Blu-ray
Another 48 Hrs. is spine #20 in the Paramount Presents series. The standard keepcase has a glossy cardboard slipcover that opens to reveal the theatrical poster design. A Digital HD code is included.

The Video:
Like the first film, this AVC-encoded 1080p 1.85:1 presentation is sourced from a gorgeous new 4K restoration. Great depth and detail. Colors are a bit desaturated by design, but the look is consistent and lifelike.

(HD, 14:35) - Hill talks frankly about the difficulties of making a sequel that had to be the same but different. The piece also features some fun EPK material with the stars making fun of each other.

Final Thoughts:
I am almost certain that I am in the minority here when it comes to Another 48 Hrs. I understand that it's a cynical retread with a threadbare story. That doesn't influence my enjoyment. I'm glad that Paramount gave this an A/V polish along with the first one. As perfectly as the first film spoke to its era of Hollywood filmmaking, this sequel ironically does the same thing for the more cynical '90s. Recommended. 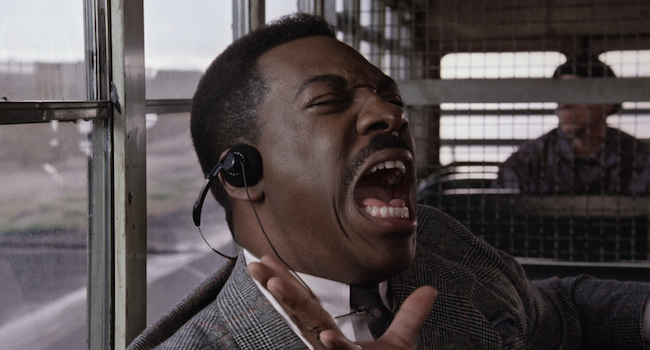