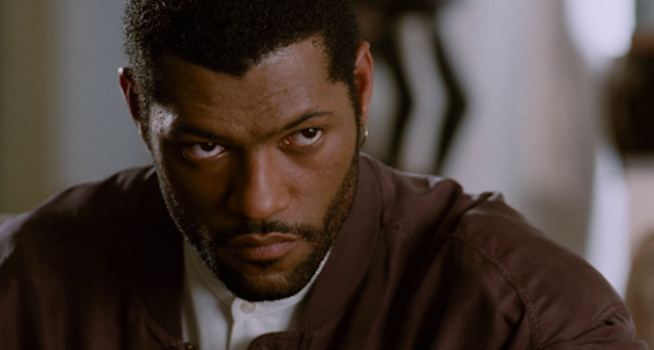 Deep Cover is a classic sleeper, well-regarded by folks who bothered to watch it but sadly ghettoized as an "urban" (read: black) film and deprived of an appreciative wide audience. Originally released in 1992, Deep Cover was part of a wave of low-budget crime films from black directors, including New Jack City, Boyz N the Hood, and Juice. Lost in the shuffle at the time, Deep Cover stands out as a superior modern film noir overstuffed with note-perfect actors delivering the goods.

Laurence Fishburne (still credited as "Larry" at this time) stars as Russell Stevens, a young cop whose whole life seems to be predicated on the effort to not turn out like his father (Glynn Turman, in a memorable brief appearance). In an opening prologue, young Russell sees his father shot to death after a liquor store robbery, committed to help finance the elder Stevens's drug addiction. Russell seems a natural candidate then to go undercover to help bring down the major players in a drug syndicate. Charles Martin Smith, known for affable performances in Never Cry Wolf and American Graffiti, is perfectly offputting as the unsavory bureaucrat who oversees Russell's mission.

Russell is relocated from the midwest to Los Angeles and renamed "John Hull." He quickly finds his footing in the world of street dealers, despite his lingering reluctance. The film smoothly tracks Russell's corruption, goaded in part by his superiors, as he overtakes the flashy Eddie (Spike Lee regular Roger Guenveur Smith) to buddy up to shady lawyer and cartel middleman David Jason (Jeff Goldblum). Bible-clutching detective Taft (Clarence Williams III, Tales from the Hood) targets "John Hull," not only because he's the new player in town but maybe because he senses something about the man's fading decency.

As with most noir narratives, our hero appears to be ahead of the game until it becomes clear he's playing the wrong game. Deep Cover is not afraid of melodramatic flourishes, but Fishburne's portrayal of his character's surrender to the dark side is oddly affecting in how grounded and believable it is. As his character puts it: "This whole fucking time I'm a cop pretending to be a drug dealer, I ain't nothing but a drug dealer pretending to be a cop." Goldblum, meanwhile, embraces his inner Richard Widmark as David Jason teams up with "John" to rob his superiors. The performance isn't as cartoonish in its Goldblum-ness as some of his recent roles (Thor: Ragnarok, for example), but when the actor sets his jaw and declares, "I want my cake and eat it too!," you can hear the clacking of keyboards as thousands of .gif makers around the globe are put to work.

One of the noteworthy aspects of Deep Cover is that it was conceived by screenwriter Henry Bean as a sequel to the now-forgotten Richard Gere-Andy Garcia film Internal Affairs. There are enough familiar genre elements in Deep Cover that one can see the rote crime film that could have been made from this material without too much effort. It's a tribute to director Bill Duke (The Killing Floor) that he chose to develop the film into the more interesting and ambiguous version. Making the main character African-American gives the story instant political heft, and it makes Russell's choice to actually become the role he's playing less about greed or general human flaws and more a pointed critique of the power structures forcing his hand. At the end of the day, Deep Cover is built for entertainment, but refreshingly, it's much more thoughtful than your standard-issue shoot-'em-up. 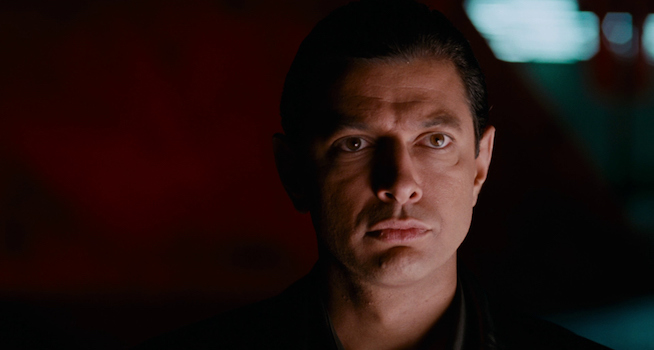 The Blu-ray
Deep Cover is packaged with a fold-out featuring an essay by Michael B. Gillespie, who also joins a discussion of the film in one of the featurettes (see Special Features).

The Video:
Sourced from a new 4K restoration, the AVC-encoded 1080p 1.85:1 presentation is outstanding. The cinematography by Bojan Bazelli is typically high-contrast with splashes of colored lighting. Excellent detail and depth. Good nuance in the shadows. Colors are saturated and appealing.

The Audio:
The DTS-HD MA 2.0 stereo is well-balanced and nicely preserved. The soundtrack is a mixture of score by Michel Colombier and a now-classic mix of hip-hop tracks (one suspects MANY more folks had this album than ever saw the movie originally). Dialogue cuts through beautifully without spoiling the mood. Effects are aggressive, almost comically so at times. (The increased stakes of a game of slapsies are emphasized by the loudest knuckle punches ever committed to film.) An optional English subtitles track is provided.

(HD, 18:16) - Director Duke talks about his long career as an actor and director before getting into Deep Cover specifically. His anecdote about working with Samuel Fuller is a real gem. 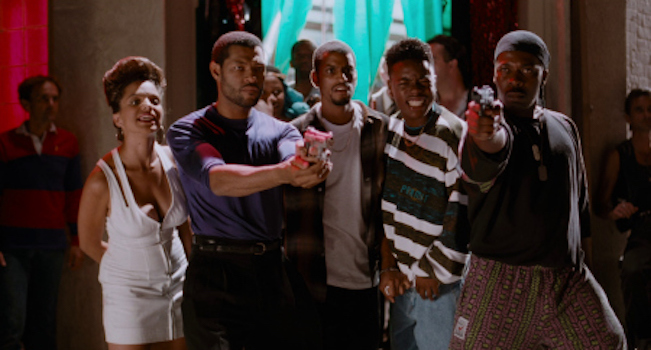