"The desperate love between children. Is there anything in the world forgotten so soon?"
"I would say, Colonel, it was forgotten the last thing of all." 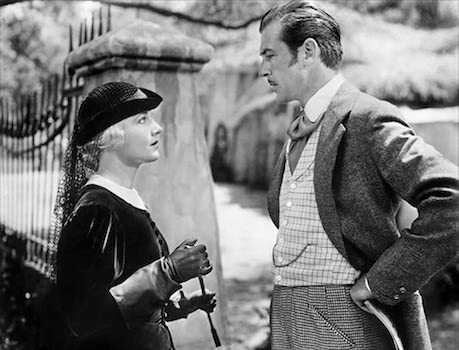 The tragic romantic fantasy Peter Ibbetson is a top-tier weepie that is wholly unlike anything you're likely to have seen. Its unique dreamworld atmosphere earned the approval of the French Surrealists upon release in 1935, but the film failed to connect with mainstream audiences and was largely out of circulation until its inclusion in Universal's Gary Cooper Collection DVD set in the mid-'00s.

The film, adapted from Svengali creator George Du Maurier's novel, concerns a couple seemingly fated to be together from childhood. Peter Ibbetson's opening section is set in the rural outskirts of Paris where two young children of privilege, "Gogo" (Dickie Moore) and "Mimsey" (Virginia Weidler), live in neighboring country houses on either side of a wrought iron fence. They bicker over what they can build with a pile of boards like a classic screwball couple. Their obvious love for each other is made all the more touching by how naive and childish they are. This idyllic young romance is soon interrupted by the death of Gogo's mother, making the lad an orphan. When Gogo's strict uncle (the "Colonel" referred to in the dialogue excerpted up top) swoops in and drags Gogo off to a new life in London, it's a prime tearjerking moment in a film chock full of tearjerking moments.

The next section flashes forward many years to Gogo's life as a young man in London. His uncle has made him adapt his birth name, Pierre Pasquier, to the more English "Peter Ibbetson." But adult Peter (Gary Cooper) has otherwise thwarted his uncle's designs to make him a proper horseman -- ironic considering Cooper's already robust career in westerns at the time -- and instead has pursued his artistic instincts to a job at an architectural design firm.

Peter is a peculiar sort, uninterested in socializing with the fellas and seemingly turned off by women. His boss sends him to Paris to sow some wild oats, but rather than yuk it up with an expat English lass (played by an overqualified Ida Lupino, complete with cockney accent), Peter gets caught in a reverie about his childhood in the country.

Perhaps it is fate that causes Peter to be assigned to redesign the stables for the Duke of Towers (John Halliday) then. You see, as the audience realizes long before Peter does, the Duchess of Towers (Ann Harding) is actually Mimsey, or rather Mary, all grown up. Her peculiar architectural ideas for the stables -- not unlike her long-ago impractical plans for a dollhouse made out of long wooden boards -- should have been the tip-off. Once the truth of their identities is revealed, Peter and Mary are respectful of Mary's husband -- but the Duke is not blind to their obvious affection.

In the film's final section, the story shifts into the realm of spiritual fantasy. It's hard to talk about Peter Ibbetson without exploring this shift, but it's also a pleasantly original surprise to discover while viewing, so I leave it to you to read on or skip below the spoilers.

*SPOILERS* In the midst of an argument, Peter kills the Duke in self-defense. Nonetheless, Peter is sentenced to life in prison as punishment. Faced with the probability of never seeing the love of his life again, Peter resigns to die quickly in prison. Mary finds a way to keep him alive by contacting him in his dreams. (Earlier in the film, it is nonchalantly revealed that the couple has shared a dream but without much reflection upon what it means.) Peter chooses to live into old age because he is able to spend his life with his beloved -- in their shared dream world.

It's a bizarre conceit that works beautifully -- partly because it is so unexpected. Director Henry Hathaway, however, sprinkles visual breadcrumbs throughout the film to vaguely introduce the concept. At multiple times during their acquaintance, Peter and Mary are separated by bars -- but the characters always find a way around them and meet again. So it is with this final supernatural twist. The idea of connecting with your soulmate in a realm that transcends physical reality is so wildly romantic that it's no wonder those Frenchmen loved it so.*END SPOILERS*

Director Henry Hathaway and star Gary Cooper -- both better known for shoot-'em-ups than weepies -- might superficially seem out of place here. (Their previous attempt at something different, the 1934 screwball comedy Now and Forever, met with mixed reviews.) But somehow the lack of pretentiousness in approaching this far-flung fairy tale -- on the part of the director and the leading couple -- only serves to make the film more wondrously strange. Cinematographer Charles Lang -- who had already won an Oscar for lighting Cooper in A Farewell to Arms -- creates a sumptuousness that makes the film feel otherworldly even before the fantasy elements kick in.

The snob in me wants to laugh at some of the baldly mushy moments, but the film's precise storytelling and uncanny ambience are so good that the snob is soon won over. This is an unsung masterpiece. You really need to check it out. 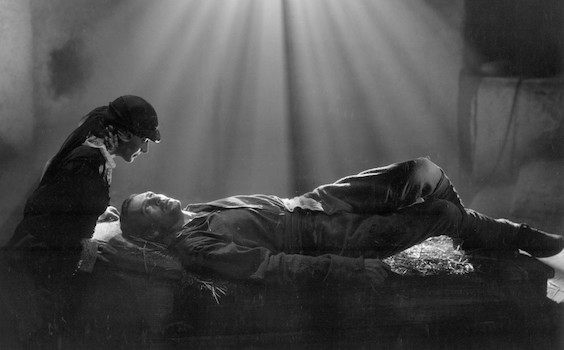 The Video:
This AVC-encoded 1080p 1.37:1 presentation is pretty good, presumably sourced from the same master that was used for the 2005 DVD release of Peter Ibbetson. Decent depth and clarity, with strong contrast and no noticeable encoding issues. The film source has some wear and tear, as well as a few isolated blotches and moments of inconsistent image density.

The Audio:
The DTS-HD MA 2.0 mono soundtrack is in good shape. Dialogue and ambience is well-balanced, and the musical score is powerful without overwhelming the track. There are only a few scenes near the end with truly powerful FX, and they deliver the proper dramatic oomph. An English subtitles option is provided.

- Conducted in conversation with Miles Hunter, this commentary has the ingratiating vibe of an after-dinner discussion. The pair talk trivia and biography, as well as breaking down the story as the film plays out, sometimes in comparison to the George Du Maurier source novel.

Final Thoughts:
This is a really special film. I saw it years ago (as a Netflix disc rental!) but watching it now, I am convinced it belongs in a class with the all-time-great sad, wonderful, and weird movie love stories, like Somewhere in Time, Je t'aime, je t'aime, and Eternal Sunshine of the Spotless Mind. There aren't a boatload of extras, but the David Del Valle commentary offers plenty of bonus entertainment and informational value. Highly Recommended. 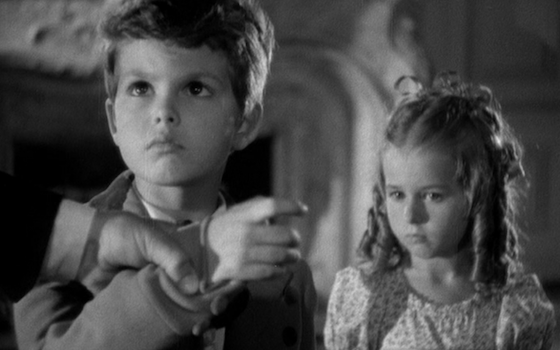