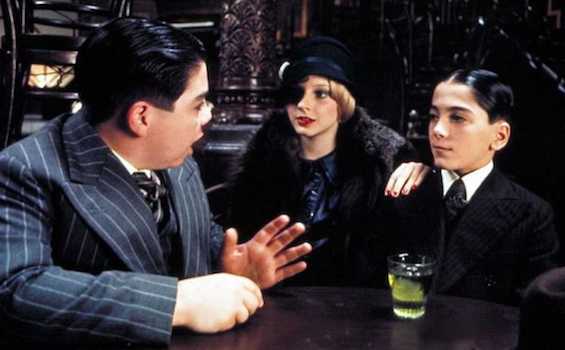 NOTE: The accompanying images do not represent the quality of the Blu-ray under review.

The 1976 kiddie-gangster musical Bugsy Malone is likely one of the most singularly strange movies to come out of a Hollywood studio. It's a '30s-style gangster epic, headlined by the barely-teenaged duo of Scott Baio and Jodie Foster, and it's set in a soundstage version of New York that is apparently free from adults. The film also features a song score composed by Phantom of the Paradise's Paul Williams that is incongruously sung by adults (including Williams himself) and lip-synced by the kid cast.

For years, children of a certain age who caught the film during its copious HBO airings could only try to recount to disbelieving non-viewer friends this fever dream of a film, because it never really got its proper due on home video in the U.S. (In the U.K., it was a bigger hit and a school-musical staple.) The Paramount Presents Blu-ray line makes up for this omission with a new 4K scan and a 5.1 remix that brings new oomph to the film's oddball imagery and songs.

Writer-director Alan Parker (Fame, Pink Floyd: The Wall) reportedly found the creative kernel of Bugsy Malone in stories he would improvise for his kids. In opening up his concept for a general family audience, Parker replaced the typical underworld artillery with something more G-rated: cream pies stand in for pistols, and the plot that pushes this pokey little film along involves one gang coming into possession of high-speed "splurge guns," a simplified Tommy gun that shoots globs of creamy goo. Despite touches like this, the film is more a straightforward pastiche than cutesy-poo camp.

The action is focused around a popular speakeasy run by the mercurial Fat Sam (John Cassisi). Sam is having his legs taken out from under him by his archrival Dandy Dan (Martin Lev), whose recent acquisition of splurge guns for his gang has made him all but unstoppable. In the midst of this gang war, we meet Bugsy (Baio), an unemployed ladies' man who works hard to woo an aspiring singer named Blousey Brown (Florrie Dugger). Blousey has just joined Fat Sam's floor show and, while she may be fresh off a bus from the midwest, she's no pushover.

The quality of the acting fluctuates from performer to performer (and sometimes, from scene to scene), but Jodie Foster, fresh from the set of Taxi Driver, is far and away the most competent, confident, and attention-grabbing member of the cast. Sadly, despite her top billing on the Blu-ray box, Foster is more of a peripheral presence. She plays Tallulah, a classic vamp and nightclub singer who is Fat Sam's star attraction -- and paramour. However, her partnership with Sam doesn't stop her from flirting with former flame Bugsy like crazy. In her scenes with Baio, Foster is so salacious that one marvels that the film didn't get bumped to a PG rating at least.

Bugsy Malone is quite elegant in its camerawork, and Pinewood Studios is convincingly dressed like the world of an old Warner Bros. programmer. It's a shame then that the script is a bit thin and flat. With all the colorful period costumes, the stylish production design, and the slickly choreographed musical numbers, it almost doesn't matter. Almost. It would have helped, no doubt, if more of the cast were as charming as Jodie Foster. Instead, the kids' frequent flatness throws the script's shortcomings into sharp relief. Still, the combined commitment of cast and crew to Bugsy Malone's daffy premise makes it relatively painless to stick with the film -- even when its momentum flags. 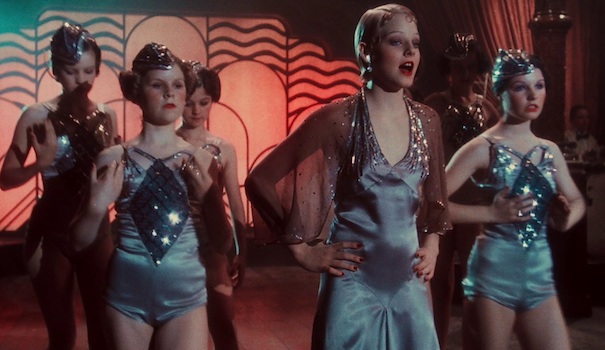 The Blu-ray
Bugsy Malone is spine #23 in the Paramount Presents series. The standard keepcase has a glossy cardboard slipcover that opens to reveal the theatrical poster design. A Digital HD code is included.

The Video:
The new 4K scan used for this AVC-encoded 1080p 1.85:1 presentation is an improvement over the 2008 region-free Blu from the UK, which wasn't so bad in the first place. Detail and film grain are more evident, colors feel a bit richer and more saturated. A few scattered photochemical flaws in the image, but the digital encode is excellent.

The Audio:
The main audio track is a DTS-HD MA 5.1 surround mix. Considering the film's mono origins, it's no major surprise that the remix isn't intensely immersive. The music and ambience are well-supported and given a nice relative boost and separation, but it's still pretty front-heavy. Traditionalists are given a Dolby (224 kbps) 2.0 mono mix, both in English and French. Subtitle options: English, English SDH, French.

Special Features:
Optional English and French subtitles are offered on the bonuses.

Final Thoughts:
Bugsy Malone is an imperfect film, but it is so unique and ambitious that it demands to be seen. It's nice to see the Paramount Presents line turning its attention to neglected cult films and giving them a little technical TLC. For long-time fans and the newly curious, this release comes Highly Recommended. 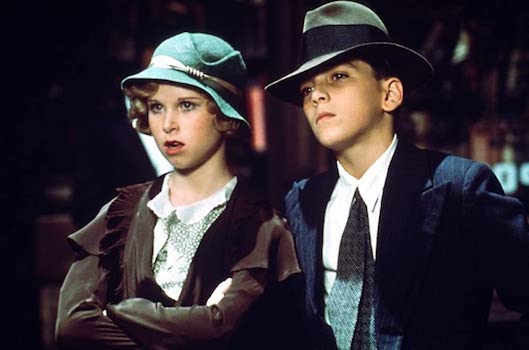