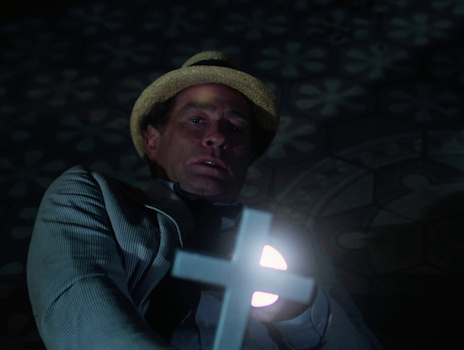 Carl Kolchak doesn't look like a hero. With his straw hat, rumpled suit, and pocket camera that only works sometimes, low-rent journalist Kolchak barely looks like a functioning human. Played by Darren McGavin, he's a wiley hustler always looking for the inside track on a hot story, but he's also a fundamentally decent and honest guy. In the midst of his investigations, Kolchak constantly stumbles on supernatural and sci-fi happenings, but almost no one ever believes his findings.

Kolchak initially appeared in a pair of TV movies, The Night Stalker (1972) and The Night Strangler (1973), written by the legendary Richard Matheson, based on the novels of Jeff Rice. The movies did such boffo business that a series was an obvious next step. Despite seemingly unstoppable momentum, the series only made it to twenty episodes during the 1974-75 TV season before being cancelled. The show has been kept alive by a dedicated cult and is oft-cited as a key influence on The X-Files. (X-Files writer Frank Spotnitz tried to reboot the show in 2005 to little fanfare.)

Kino Lorber's Studio Classics line has previously released the stand-alone movies, and now we get an HD upgrade of the complete Kolchak: The Night Stalker series. As my DVD Talk colleague Stuart Galbraith IV pointed out in his review of Universal's DVD set for the show, the series never quite hits the heights of the Matheson-scripted movies -- but, for this viewer, it didn't really matter. I found the show to be a pleasantly quirky and cozy gem that coasted on Darren McGavin's charm even when the scripts are a bit thin or the monsters look a bit junky. The tone of the show is often quite funny -- and usually on purpose.

The show is formulaic to a fault, however, so it's better suited to casual viewing rather than marathon-binging.

In general, Kolchak will start investigating an untimely death and gradually discover that there is some sort of supernatural being responsible. The cops? They don't buy it. Neither does Kolchak's boss at the Independent News Service, Tony Vincenzo (Simon Oakland), despite the fact that Kolchak has been stumbling onto this stuff for years at this point. (Oakland is a lot of fun to watch, and it's kind of a bummer that his character has to be such a closed-minded wet blanket all the time.) Though the cops will constantly interfere and Tony will try to steer Kolchak to more mundane reporting, our guy will keep digging until he figures out the weakness of the bad guy (or bad creature or bad ghost) and finally has to sneak up and confront him. Good triumphs over evil -- and usually the news story is unprintable.

The early episodes feature familiar adversaries -- a zombie, a vampire, a werewolf -- but the show generally works better when it exploits lesser-known mythology or makes up its own. Some of the stand-out episodes include "Firefall," in which the spirit of a firebug causes numerous people to spontaneously combust; "The Spanish Moss Murders," which puts Kolchak on the trail of a Cajun swamp monster; "Horror in the Heights," a yarn about a shape-shifting menace in an old Jewish neighborhood written by Hammer horror master Jimmy Sangster; "The Knightly Murders," about a haunted suit of medieval armor; and "Chopper," an early story by Robert Zemeckis and Bob Gale that involves a headless, sword-wielding biker looking to claim the heads of the rival motorcycle gang who did him in.

When the show's firing on all cylinders, it's wildly inventive and totally unlike anything else. When it's not, the '70s ambience and disarming cast make it easy to stick around.

Much in the way that Patrick McGoohan would have to deal with a different "Number 2" as his official adversary in each episode of The Prisoner, Kolchak has a new police detective/lieutenant/captain to contend with in each episode of this show. Some memorable "cops of the week" include Keenan Wynn as a hothead undergoing anger management, St. Elsewhere's William Daniels as a no-nonsense L.A. cop quick to blame drug-using Satanists, M*A*S*H's Larry Linville as a self-important windbag allergic to the press, and Day of the Dolphin's John Dehner as a strangely friendly, literature-quoting captain. 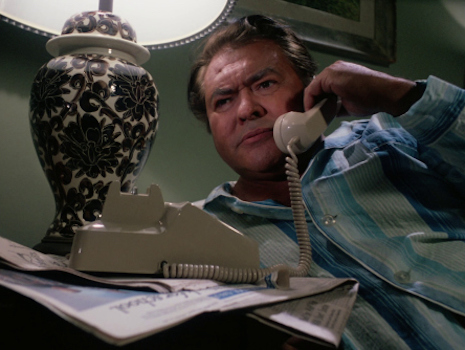 The Blu-ray
Kolchak: The Night Stalker is presented on 4 BDs (5 episodes per disc). The discs are housed on back-to-back hubs in a standard-sized keepcase, plus a cardboard slipcover. A booklet featuring an essay by Mark Dawidziak is included.

The Video:
Despite the low budget of this series, the new AVC-encoded 1080p 1.33:1 presentations on these 20 episodes are all impressively rich and detailed. This is a decided bump up from the DVDs, with more satisfying color and clarity.

The Audio:
No complaints from the DTS-HD MA 2.0 mono soundtracks on these shows. Dialogue and effects are well-mixed. Music -- apart from the memorably offbeat theme tune -- feels a little stock, but it's well-supported. An English subtitles option is provided.

Final Thoughts:
The 20 episodes that aired for Kolchak: The Night Stalker are a bit inconsistent in terms of writing and production value. But the show hits on enough entertainingly left-field concepts -- and is so appealingly anchored by lead Darren McGavin -- that it's hard not to be charmed by the low-impact supernatural antics. The new HD transfers are a definite improvement over the old DVDs, and the brand-new commentaries add to the welcoming, cozy vibe of the whole endeavor. Highly Recommended. 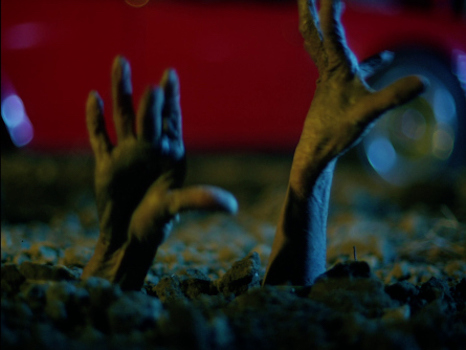