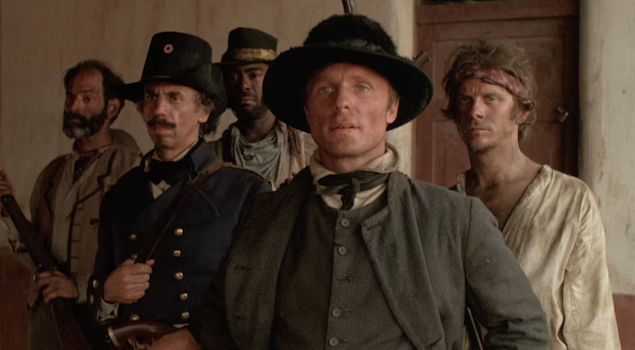 Walker (1987) is the last film to date that director Alex Cox has made with a major Hollywood studio, and one suspects that neither party is all that torn up about it. Cox, who made his name with Repo Man and Sid & Nancy, is the kind of unrepentant rebel whose point-of-view makes for wild and challenging films but not often a lot of money. (Of his lesser-known independent productions, I recommend the Beckettian travelogue Three Businessmen.)

One wonders what exactly Universal Pictures thought it was getting when it greenlit Walker, which is a well-researched but stylistically irreverent history of the filibuster William Walker and his (short-lived) ascendance to the presidency of Nicaragua in the mid-1800s. The script by Rudy Wurlitzer (Pat Garrett and Billy the Kid, Two-Lane Blacktop) is peppered with jokes and pointed anachronisms (Walker reads about himself in TIME and Newsweek, for example) but it's not a comedy. It's an angry rejoinder to American foreign policy and cinematic mythmaking that plays like a full-color, full-motion political cartoon with lots of spilt blood and vitriol. A clue to what Universal was expecting might lie in the theatrical trailer, included on the Walker disc, which avoids any irreverence or satire and makes the film look like the kind of historical action epic that Cox and Wurlitzer are specifically trying to dismantle.

This postmodern approach is relatively less startling now but that makes it no less effective. Ed Harris is a big reason that this intentionally choppy film hangs together. His committed performance as Walker comes off as simultaneously natural and overblown. As a kind of embodiment of the U.S.'s Manifest Destiny doctrine, Walker clearly sees himself as a living legend and (even though the film is convinced totally otherwise) that's how Harris plays him. As Walker gets more drunk on power and begins forsaking his moral convictions -- he declares, "I despise slavery!," early in the film so you just know he's going to propose it once he's president -- Harris lets his physicality become more monstrous and cold. Yet there's still a grounded, warped humanity in Harris's acting that gives viewers an emotional continuity through the film's whiplash-inducing time-jumps.

Marlee Matlin and Santa Sangre's Blanca Guerra play the women in Walker's life at different times. Matlin is Ellen Martin, the strong-willed moral center whose presence initially keeps Walker's baser instincts at bay. Her death from cholera robs Walker of a voice of reason. Guerra plays Doña Irena, the mistress of Nicaraguan president Corral who shifts her alliance to Walker when she sees the country's power shift to him. Both women's performances deflate Walker's pomposity with pinpoint precision; Guerra gets better jokes, though, including those about Walker's mediocre sexual prowess.

The film is packed with great character actors. Peter Boyle plays the asshole shipping magnate who bankrolls Walker's mission to secure his trade routes. Rene Auberjonois brings a welcome flavor of '70s Altman films to the proceedings as an officer-for-hire. Xander Berkeley is a gradually corrupted journalist, Alfonso Arau is a doomed French ally, Gerrit Graham and William O'Leary are Walker's coattail-riding brothers, and Richard Edson is the reluctant drum major who would rather trade his instrument in for a rifle before marching into battle. A number of other Alex Cox regulars, like Sy Richardson, Miguel Sandoval, and Del Zamora, also appear.

The Clash's Joe Strummer, who starred in Cox's Spanish western Straight to Hell and is a barely recognizable member of Walker's army, provides an often melancholy and surprisingly lush musical score for the film. 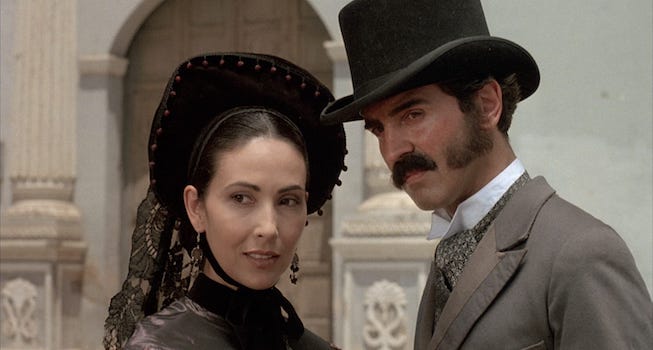 The Blu-ray
Criterion's Blu-ray of Walker carries over the majority of their DVD presentation from 2008. The cover art has been replaced with the original unaltered movie poster, depicting a faceless, rifle-toting Walker walking away from Granada on fire. (Universal's final poster made the image less metaphorical by giving Walker an illustrated face.) The booklet is reproduced, with writing by Graham Fuller, Linda Sandoval, and Rudy Wurlitzer.

The Video:
Not a jaw-dropper, but this AVC-encoded 1080p 1.85:1 presentation is a solid HD upgrade offering more detail and more organic-looking colors than Criterion's DVD. The film still looks a bit drab and dusty overall, which is presumably the intention.

The Audio:
The LPCM mono soundtrack is well-preserved and, even with many anarchic battle scenes, is well-mixed to balance dialogue effects and music. One subtitle option: English SDH.

- Recorded in 2007, this track offers plenty of reflection upon the history, the politics, and the themes of the film. It's a little light on production stories, but some of that is touched upon too.


Final Thoughts:
Alex Cox's live-action political cartoon take on the exploits of William Walker is unsurprisingly divisive, but it has arguably gained in palatability over the years. (And sadly, in continued relevance.) Ed Harris's performance is compelling even when his character is made to look like a monster or a buffoon. His work here is a must-see. Criterion's DVD presentation was already quite solid, so this is only a moderate upgrade. But I'd say it's worth it. Recommended. 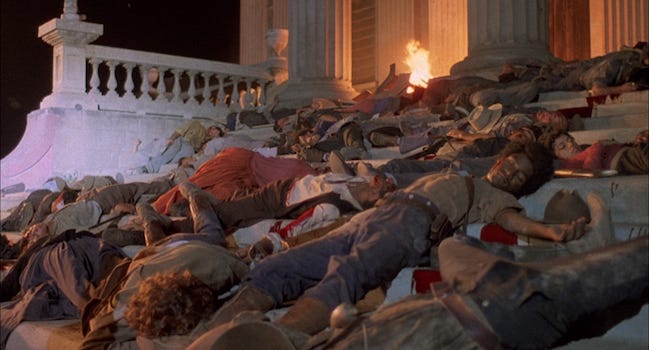