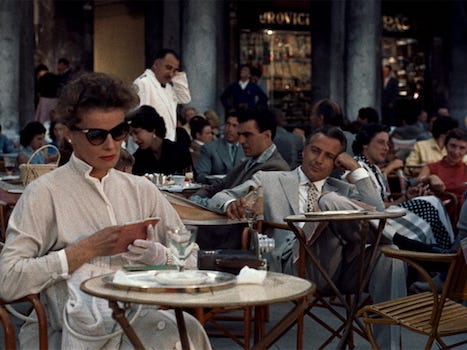 Director David Lean has been quoted as saying that the 1955 romance Summertime is his favorite film that he made. While watching the film for this review, I had one roommate walk through the room and comment that David Lean is the most boring filmmaker he has encountered. Meanwhile, another roommate -- a fan of Lean's -- sat with me and got gradually antsier as the film went on, announcing at the end that Summertime might be the worst film from a major filmmaker he had ever seen.

I mention this up top just because context in filmgoing is important. My personal enjoyment of Summertime was hit-and-miss -- I certainly am nowhere near as enthusiastic as Lean about this film -- but maybe this particular viewing influenced my reaction. (However, I suspect an immediate rewatch in isolation would not shift my opinion very far.)

The film follows Katharine Hepburn, improbably cast as a middle-aged "fancy secretary" from Ohio, as she attempts to get her groove back in Venice, Italy. Or, you know, obtain some sort of groove in the first place. Hepburn's character, Jane Hudson, has a conspicuous taste for alcohol and a paralyzing fear of imposing herself on others. She is invited to dinner by the widowed proprietor of her hotel, but Jane begs off for fear of being a third wheel. The proprietor is played with an enchanting blend of weariness and earthy sensuality by Isa Miranda, making one almost wish that she and Jane would start an illicit affair instead of whatever the film has cooked up for our heroine. The two of them, now that would be a picture!

Summertime takes its sweet time getting to the point. This gives viewers plenty of room to enjoy Jack Hildyard's Technicolor location shooting in Venice, in a travelogue sort of way, but it also can't help but lead one to wonder when Jane will finally stumble upon love or a jewel heist or something to give the movie shape.

Of course -- sigh -- she doesn't encounter a jewel heist. Jane becomes smitten with Italian shopkeeper Renato de Rossi (South Pacific's Rossano Brazzi), and it's obvious he takes to her immediately. However, Jane is clearly well-versed in self-sabotage and refuses to accept that she is deserving of Mr. de Rossi's affection. Her natural resistance to joy -- and a few plot contrivances -- keep them apart and pad the runtime further. When they inevitably get together? Fireworks. No, I mean literal fireworks. Lean chooses to represent the consummation of their romance with a close-up on an abandoned shoe and a cutaway to a fireworks display. I get it, it's the '50s, but... hahahahaha.

The periphery is filled with fun character actors: Kolchak's Darren McGavin and Distant Drums' Mari Adlon as a couple on the rocks, Jane Rose and MacDonald Parke as a pair of insufferable uncultured oldsters, and Gaetano Autiero as a mischievous street kid. 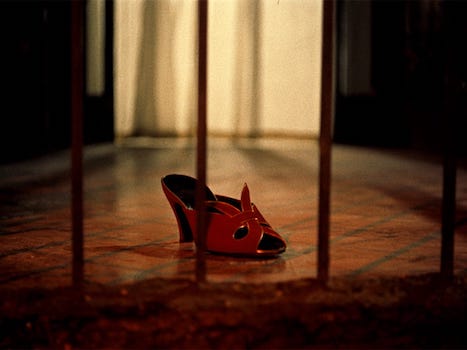 The Blu-ray
Summertime is packaged with a fold-out, feauring an essay by Stephanie Zacharek.

The Video:
Criterion's original DVD came out nearly a quarter-century ago and was semi-infamously a bare-bones, just-okay-looking effort. This new AVC-encoded 1080p 1.37:1 presentation is sourced from a new 4K restoration and really offers a far truer representation of Jack Hildyard's gorgeous Technicolor cinematography. Colors are richly saturated, contrast is subtle and nuanced, fine detail and shadow detail are both exemplary. This is an organic, filmlike presentation that is also just a flat-out stunner.

The Audio:
The LPCM mono audio mix is well-restored, revealing some inevitable age-related limitations, but no dramatic flaws or damage. Dialogue, music, and effects are all cleanly presented and effectively mixed.

(HD, 22:04) - A 1963 interview with Canadian TV, in which he talks largely about starting his career as an editor and his then-recent work on Lawrence of Arabia.

Final Thoughts:
For fans of David Lean and Summertime, this new Blu-ray upgrade of the film seems like a no-brainer addition to their libraries. It is a vast upgrade over the so-so DVD release from the '90s. I was won over by certain elements of the film -- especially the location cinematography -- but it didn't entirely hang together for me. While the uninitiated might want to rent or stream the movie first, my ultimate verdict is that this disc comes mildly Recommended. 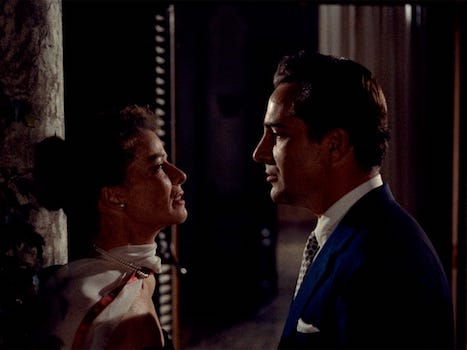