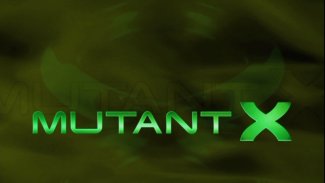 An extremely brilliant scientist Adam Kane (John Shea) working for a covert government organization, Genomex, managed to find a way to genetically alter human DNA. As a result, Kane and those he worked with were able to produced mutants with superhuman abilities. The outcome of these enhanced humans didn't go as expected and the organization is now attempting to recall every mutant that was released into the real world. Kane feels guilty at what he has done and joins with a small team of mutants in an effort to stop those at Genomex from hunting down and terminating their mutant brethren.

Kane's team of mutants include a group of twenty somethings, who each possess powers from the four different types of mutants that are created from Genomex, feral, elemental, molecular, and psionic. Feral mutants are given the keen instincts and physical strength of various animal species, like a bear or lion. Elemental mutants have the ability to channel elemental or environmental energies in through their bodies. Molecular mutants have the power to defy the physical boundaries of our universe by walking through walls or making themselves appear invisible. Finally the last type of mutants, psionic, are given supernatural mental capabilities, such as telekinesis and telepathy.

The first member in Kane's team is Shalimar Fox (Victoria Pratt), a feral mutant. The next is Brennan Mulwray (Victor Webster), who has been gifted as an elemental mutant with the power to manipulate electricity. Jesse Kilmartin (Forbes March) is a molecular mutant with the ability to change his own physical matter, giving him the ability to walk through walls. Finally the last member is Emma DeLauro (Lauren Lee Smith), who was genetically altered as a psionic mutant, where she houses telepathic abilities. Together, they combine as Mutant X. This team of super humans is determined in their efforts to provide a safe haven for all hunted mutants from the wrath of Genomex.

This two disc DVD set contains the last four episodes of season 1. In "Nothing to Fear" Shalimar and Brennan attempt to save a new mutant who is being chased by Genomex agents. As it turns out this mutant is a psionic who has the power to take control of others minds, inducing them in a dreamscape, where their greatest fears come true. "Deadly Desire" features another new mutant that the Mutant X team attempts to save from Genomex. This mutant is a feral with the powers of a female scorpion. But as it turns out this mutant doesn't need protection from Genomex and the Mutant X team may just need protection from her. In "Dancing on the Razor" both Genomex and Mutant X are being threatened with public exposure of their operations. A discredited journalist has obtained physical evidence of mutant existence. Mutant X and Genomex both can't afford for the general public to know they exist. The widespread fear it could cause, would destroy them both. In the final episode of season 1, "A Breed Apart", Genomex goes under new management, as a psychotic super mutant Gabriel Ashlocke (Michael Easton) takes over Genomex and presents the biggest threat to Mutant X.

Subtitles:
There are no subtitles presented in this feature. However this feature is closed caption enabled.

Extras:
The extras of this feature are located on both discs. On disc 1 there is a photo gallery, Adam's notes of the "Double Helix" (Mutant X's airplane), some Mutant X Television Promos, and ADV Films trailers. Located on disc 2 there are the same extras as disc 1, but instead of the Double Helix notes, there's an eighteen minute featurette with John Shea giving a tour of the Mutant X set. Overall there wasn't anything too exciting in this department.

Final Thoughts:
The television series Mutant X brings about a somewhat interesting twist to the world of science fiction, yet with titles like X-Men [review] and X2: X-Men United [review] it pales in comparison. The stories in Mutant X aren't terribly exciting. For instance, in "Nothing to Fear" the basis of this episode is a mutant with the power to place individuals in a dreamscape. This idea of a dreamscape world has been played out before, as seen in Star Trek: Deep Space Nine Season 4 [review] in the two part of the episode "The Search", where the Dominion uses a dreamscape to determine what war would be like with the Federation. Similarly in The X-Files: Season 6 [review], in the episode "Field Trip", there's a creature that puts its prey in a dreamscape, so it can consume its prey without any struggle. While the concept of a dreamscape isn't lost amongst other sci-fi series, Mutant X just fails to make a solid episode out of it.

Furthermore the other episodes presented in this two disc set weren't that exciting. For the most part each episode started with a member of Mutant X trusting the wrong mutant, which resulted in rest of the team in dire trouble. You'd think that they would learn to be more cautious? These wrongful acts of trust kept me shouting "why would you do that?" in my head. I found it hard to believe that they didn't learn from their mistakes. Anyways despite my disenchantment with the stories of Mutant X, another strong reason I found the show to be rather dull, was the cast. I didn't find any of the characters appealing, so it was difficult to feel associated with them and be lost in the world of Mutant X. Overall there just wasn't a great amount of excitement and entertainment. So for you casual viewers, you'll want to skip this. As for the fans, you'll most likely want to check this out.