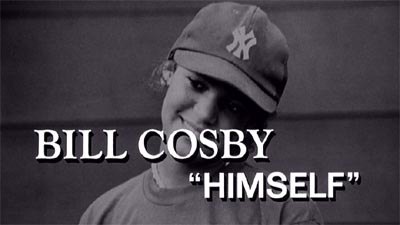 The Show
It seems that my interest in Bill Cosby has definite hills and valleys. I loved his early stand-up work, but found "The Cosby Show" to be more annoying than anything. And recently, his willingness to stick his neck out about the current condition of the black community put him back in my good graces. Thankfully, this DVD captures The Cos at the top of his game. "Himself" is one of the funniest stand-up acts ever, not just the best Cosby show.

On May 20, 1983, Bill Cosby delivered "Himself", and this film captures the excellent "sit-down" act well. Cosby's rubber-faced physical comedy, combined with his family-oriented observational humor, makes for one of the funniest performances ever recorded. Sitting in front of his audience in a simple chair, he's such a natural entertainer that it's hard to not be entranced by him. As he talks about drugs, the dentist and giving birth, he's just building, working his way into the remainder of his show, where he talks about family. This set would eventually become the basis for the highly-successful "The Cosby Show," making it one of the most important routines in comic history. 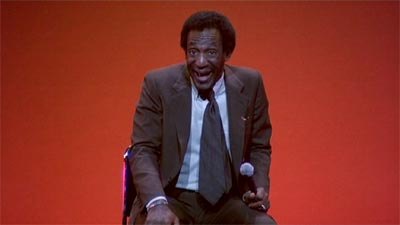 One of the best aspects of this DVD is its diverse audience. Whether people like it or not, vulgar comedy is funny. Cosby, though, can elicit laughs with a simple twitch of his face instead of dropping an F-bomb. It is, in fact, hard to imagine his act done while working blue. It just wouldn't work, as it's too child-centric, too innocent. He even does a bit about cursing in front of children. This is the kind of comedy you can sit down and watch with your family, without worrying that Grandma will hear someone discussing oral sex.

Unfortunately, because the focus of Cosby's show is his family, the murder of his son Ennis many years later, casts a pall over the comedy. Several times he mentions his son being killed, which makes for some uncomfortable moments. Thankfully they didn't remove these sections though, because it would have been worse to erase those mentions of Ennis. They were also quite funny, like the rest of this routine.

The DVD
A dual-sided DVD, "Himself" offers both widescreen and full-frame options for viewing, which makes this the first time, since the theatrical release over 20 years ago, that people will have a chance to see the film in widescreen. Two soundtracks are included, English mono and stereo mixes, along with English and Spanish subtitles. Static menus give options for language selections, scene selections and the theatrical trailer. 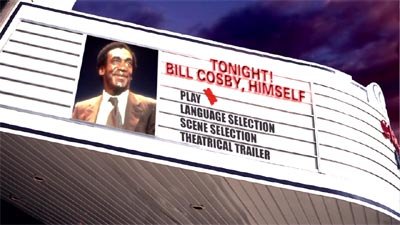 The Extras
The only included extra is the original theatrical trailer. It's an interesting artifact, though the condition of the material isn't great, as there's plenty of grain and cracks in the transfer. Done with Terry Gilliam-style animation, it's a good illustration of how trailers have changed in the past 20 years.

The Quality
This film is from way back in 1983, but it looks terrific on this DVD. It's much better than any print shown on TV since. One moment, when Cosby is hugging his chair, is brilliant, with light flares and perfect color on the comedian. The signature color background doesn't suffer from the problems such vivid colors tend to have on video, as Cosby has a crisp, distinct outline against it. When shot from the side, the blacks are an abyss, setting off the colors quite well. There are some flecks of dirt in the transfer, but they are relatively rare.

The two audio tracks are good, though it sounds like the original theatrical mono track has more volume to it. Neither has any obvious problems, so you can't go wrong.

The Bottom Line
Bill Cosby will always be remembered as a TV Dad, a social commentator, a children's icon and Fat Albert. Myself, I'd prefer to remember him forever as a hilarious stand-up comedian. This DVD allows you to do that, by presenting a set that's consistently funny, and which cuts across all audiences. The low bargain price makes it all the easier to recommend this disc, though I wish it had a few extras from Cosby, considering its place in comedy history. 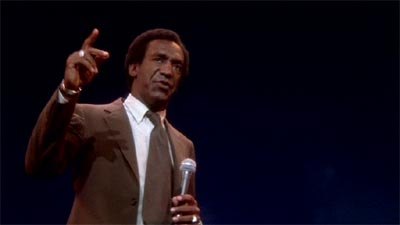