Father of the Pride - The Complete Series 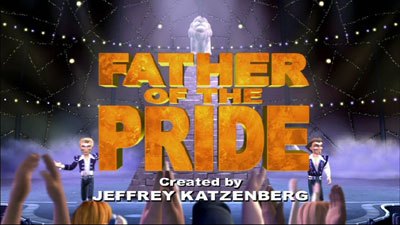 The Show
"The Father of the Pride" hit TV screens several months after Roy was attacked by one of his tigers, putting it behind the eight-ball from the beginning. Publicity about the magicians and their animals wasn't exactly at its optimal level, and the market for animated sitcoms wasn't quite at its height. Plus, the show was promoted up and down as a product of the Shrek machine, essentially positioning it as family-friendly (which it isn't.) As a result, the show suffered in terms of ratings, and after being put on hiatus, several episodes were burned off and the series was cancelled.

I fully admit that I never watched a single episode, though I really wanted to. I just never caught the show. Now, on DVD, the show should find the audience it deserved. This is easily one of the funniest series I have seen in the past five years. Instead of being the disaster I had read about so often, it is a raunchy, hilarious show that's not afraid to play it subtle and obnoxiously obvious, and know which route to choose and when. It's just unfortunate that there's no more episodes to enjoy.

The titular father of the series is Larry (John Goodman), the lead white lion in Siegfried and Roy's Las Vegas show. He's a family man, with his wife Kate (Cheryl Hines, "Curb Your Enthusiasm"), and their kids, Sierra and Hunter (Daryl Sabara, Spy Kids). He also lives with his father-in-law, S&R's former lead lion, Sarmoti, who is voiced perfectly by Carl Reiner. Between the five of them, the storylines are somewhat sitcom-formulaic, but couching them in the world of animals and playing that concept to the hilt makes them quite fresh. Plus, the quirks of the characters, like Hunter singing Tori Amos songs when depressed, make it all unique. 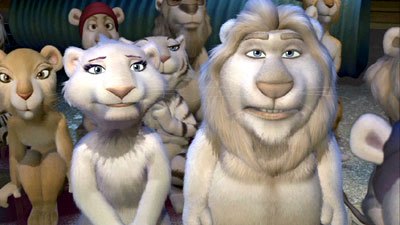 Though the lions, and their many animal pals, including Orlando Jones (Evolution) as a gopher named Snack and a possibly gay elephant named Chutney, are the focus of the show, it's Siegfried and Roy that are the true stars. Pushed to nonsensical extremes, their eccentric behaviors, including wonderfully exaggerated accents, make the show more fun that it ever could be without them. The rules of reality have no control over the masters of the impossible, and the same goes for logic, sense and anything else that might prevent them from being ridiculous. That the two performers approved of this representation of themselves shows they really have great senses of humor.

The voice performances, including some very impressive guest stars, are uniformly excellent, but Reiner shines above all with his grumpy grandpa character, who oozes inappropriate rat-packer charm. His reactions to his son-in-laws buffoonery is just about perfect. There were lines coming from his elderly lion that topped entire seasons of other sitcoms in terms of comedy quality.

Visually, the show is a slight step below the movie magic of Dreamworks Animations film efforts, but the creativity and effort in these episodes is of a very high level. Camera angles, character designs and the overall quality of the look make this one of the finest cartoons ever to grace the small screen. This was the first ever prime-time animated series to air in HDTV in America, which required quite a bit of care to prevent it from looking like crap.

Though this series came from the studio that brought the world Shrek, and features funny, furry animals, it is in no way a family show. In fact, I can't remember a series on network TV that even comes close to the level of filth in this series. There were points where I couldn't believe this show ever aired on NBC. The amount of references and depictions of sex and drugs is on par with an HBO series, and the number of times Larry's sexual organs are referenced is higher than the amount of episodes in the show's run. But though the show is filthy, it's also funny, and the raunch is part of that. Reiner's character is probably the worst transgressor, but he comes off like an old Vegas comic. If you can handle the dirty stuff, you'll love this series. 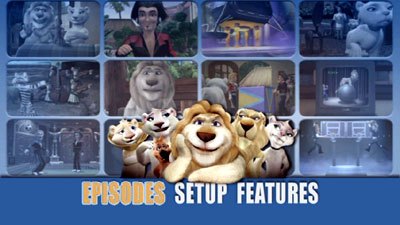 The DVD
Instead of a two-disc set, the 14 episodes of "Father of the Pride" have been split onto two sides of a DVD-18; never an ideal situation. The disc features an animated, anamorphic widescreen main menu, with episode selection, setup and special features options, which lead to static menus. Language options include English 5.1 and 2.0 surround tracks; English, Spanish and French subtitles and closed captioning.

The Quality
The anamorphic widescreen video on this DVD is absolutely gorgeous, with stunning color, crystal clear detail and an excellent level of fine detail. Considering the amount of money spent on each CGI episode, it had better look good. And since it's another Dreamworks direct-from-digital transfer, there's not a spot of dirt or damage. Check out the desert scenes in "Road Trip" for some of the series' most beautiful moments.

The sound, presented in Dolby 5.1 or 2.0 surround, isn't exactly a reference quality track, since the series is a sitcom. Occasionally, the sound kicks up a bit, with deep music or sound effects, but throughout, the dialogue is clear and well-separated from the musical soundtrack. It's worth noting that there's no laugh track, which automatically makes it a better show.

The Extras
Commentaries are available on four episodes, the original pilot on the first side, and "Possession," "Road Trip" and the revised pilot on the second side. In truth, it's actually just three commentaries, as the commentary for the original pilot is actually just a short (1:22) audio introduction to the episode, played over a static screen. The commentators include head writers Jonathan Groff and Jon Pollack, and staff writers Rob Cohen, Cheryl Holliday and Jon Ross. The topics covered in these chats are wide-ranging, and credit has to be given to the participants, who actually talk about the effect of Roy's tiger accident on the series. These chats are lively and very informative in terms of the making of the series and notes of trivia. They also are rather self-deprecating, recognizing the failures of the series.

Three items on the extras menus really shouldn't be there, because they are also listed as episodes, and that's the two episodes that never aired, and the revised pilot that was fixed for pacing. The DVD producers should have picked one spot for them, instead of putting them in both and padding out the extras and/or episodes.

"The Lost Tale" is a set of animatics for an episode that was written and recorded, but never animated. Impressively, it's still pretty funny in this raw form, as Jessica Simpson gets lampooned, along with some pretty risque jokes.

The first side also includes previews for Madagascar and Wallace and Gromit. 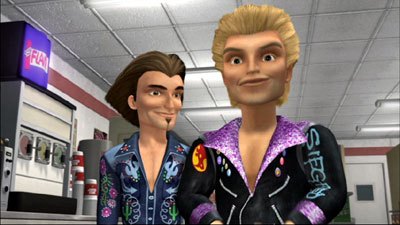 The Bottom Line
This series suffered from some of the worst luck ever, but even when considering that, it's unlikely this series would have lasted long. It falls somewhere on the offensive spectrum between "The Simpsons" and "Family Guy," and gets tons of laughs from so-called inappropriate sources, which isn't exactly popular these days. But personally, there are few series in recent years that have made me laugh as hard as this one, and the DVD presentation is simply beautiful, with an OK selection of bonus material. This is a guaranteed good time for any Seth MacFarlane fan. Just keep it away from the kids.