ThinkFilm // R // August 30, 2005
List Price: $29.99 [Buy now and save at Amazon]
Review by Svet Atanasov | posted August 27, 2005 | E-mail the Author
The Film:
Deep into the underground subway system of Budapest there is a world unlike anything you could imagine. In it there are crooks, prostitutes, overworked street musicians, undercover cops, even a few sane commuters. Unlike outside world however the Budapest subway system shuts down every night at midnight. Then, all of its inhabitants go home. For some home is away from the swill of the metro for other home is right here amidst the empty plastic bottles laying around, the unfinished bits of greasy French fries, even the cold concrete of the nearby ticket station where in a few hours rats will be roaming undisturbed.

For two groups of rivaling ticket controllers however the subway is also a battlefield. Each day they challenge each other, argue, and often exchange fists and broken noses. Their leaders engage in deadly races where two runners have to beat the incoming train running on the railroad tracks and seconds before the train reaches the station they have to avoid death by jumping off to safety. On a top of everything else there is a string of recent suicides that is now plaguing the subway. Rumor is...a hooded man without a face is behind these "suicide attempts". 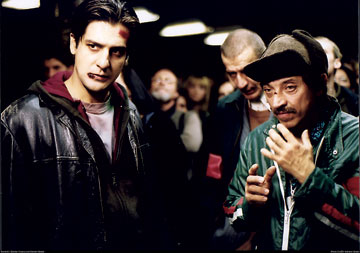 Written and directed by Hungarian auteur Nimrod Antal Kontroll (2003) is a stylish tale of the underground Budapest subway system that takes its viewers on a very unique and often jaw-dropping tour of a world unlike anything you have seen in recent movies. In an environment that seems like the perfect premise for a George Romero film the protagonists of Kontroll are often the misfits society isn't willing to openly accept. These are people with unfortunate histories and even more unfortunate jobs. As a result their stories as well as appearance are often the subject of derogatory remarks that daily commuters fancy. 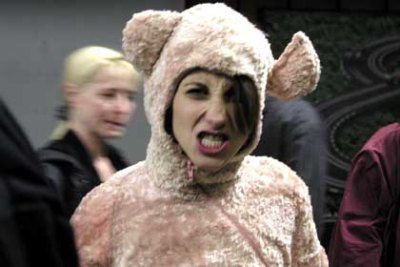 For Bulcsu (Sandor Csanyl) and his fellow ticket-controllers however the subway is a way of life. He rarely leaves the concrete tunnels of the subway system as this is where he feels comfortable. Even when a group of rave-goers decides to stage a loud and trendy dance party he roams around without being able to connect with the "outsiders". It seems like Nimrod Antal has decided to create a certain feeling of cultural claustrophobia with his take on the underground system of Budapest and Kontroll delivers an enormously memorable viewing experience that will leave its audiences speechless. 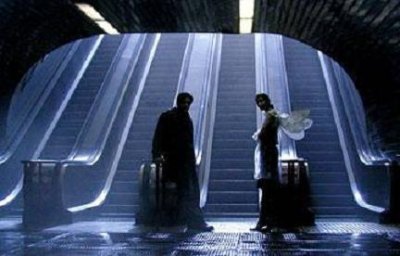 It is difficult to determine whether or not this is truly a social drama gone awry or a twisted black comedy that by the time the final credits roll becomes chillingly realistic. The atmosphere which Nimrod Antal creates is so vivid and demanding concentration from its viewers that by all means any second you turn your head away from the screen will be a missed one ultimately you would want to revisit. Films such as Kontroll are truly an experience that does not come around too often especially considering the fact that this is Nimrod Antal's debut feature.

In addition to a stunningly beautiful camera work and a script that will leave you guessing perhaps the strongest quality of Kontroll comes from a music soundtrack that is as effective and atmospheric as the one I recently witnessed in Fatih Akin's Gegen Die Wand. Infused by NEO's delirious beats the music of Kontroll is reminiscent of such groups as the now notorious Sisters of Mercy and perhaps even the German crossover-industrial gods Ramstein.

I have to admit that Kontroll and Nimrod Antal have truly captured my attention. A stylish, dark, and very atmospheric tale of a world often dismissed by society this is a film that is worthy of multiple viewings. There is clearly a lot of potential in this young Hungarian director and not surprisingly Nimrod Antal was recognized with the Award of the Youth at the Cannes Film Festival in 2004. 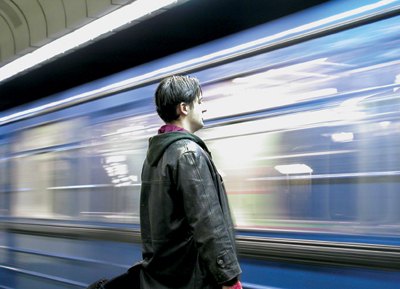 Final thoughts: A spectacular film by a very young and exciting Hungarian director Kontroll is one of the most promising debuts I have seen in recent years. Unfortunately once again North America gets snubbed by a poor, sad, and quite frankly insulting DVD presentation. I wonder sometimes why is it that DVD distributors treat foreign cinema so poorly in this country. Is it really so difficult to provide some care and attention to a film that "happens to be in a language other than....drum-roll...English" (for the record the subs file contains a number of grammatical errors) or is this a well-designed policy? I see day after day how the market gets flooded by extended cuts, director's cuts, and collector's editions of films that anything but deserve three of four separate releases (I am sure there is market for them) yet serious films are being either knowingly denied US distribution or when they manage to get to these shores, a year or two later, they are offered the treatment I have described above. With this said, the definitive edition (2DVD set) of Kontroll is indeed in the land of Mor Jokai. Skip it!!!