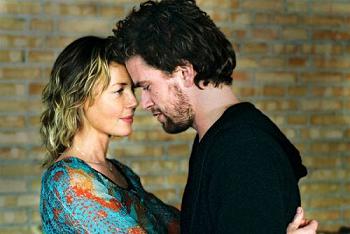 The Film:
When Michael (Ulrich Thomsen) is ordered to go back to Afghanistan and assist the Danish contingent of the UN-led peace forces he sees it as just another job. The day before he leaves however Michael has to pick Jannik (Nikolai Lie Kaas), his younger brother, from the local prison where he has been detained after an unfortunate brawl over a woman from the local bar. Back at Michael's place, Jannik is greeted by his sister-in-law Sarah (Connie Nielesen), his father, and his mother who seem visibly excited. During dinner Michael and Jannik argue about the purpose of a war that seems to be in a deadlock and those continuously risking their lives at the frontline. Jannik is swiftly reminded by his father that he is not in a position to criticize the men and women willing to sacrifice their lives for a noble cause. Especially considering the fact that Jannik has never had a real job.

On the following morning Michael leaves Denmark and heads to Afghanistan. Upon arrival he is quickly ordered to locate a missing Danish dispatcher who appears to have been kidnapped by the Taliban guerrilla fighters. Followed by a group of Danish commandos Michael boards a helicopter and heads to an unknown destination. Shortly after the Danes enter an uncharted enemy zone their helicopter is shot down. Miraculously Michael survives the crash and is taken hostage to a nearby Taliban stronghold where the missing Danish dispatcher is also held captive. Unable to confirm the status of the helicopter and its crew the army commanders quickly send a note back to Denmark announcing that Michael has died during the course of his mission.

Unable to cope with the loss of their son, husband, and brother, Michael's family slowly begin to realize that their lives will never be the same. Even Jannik, the once feisty and often irresponsible younger brother can hardly swallow the fact that Michael is forever gone. He would often stop at Sarah's place, play with the kids, and even attempt to fix the kitchen Michael never managed to finish. It seems like the only thing a brother could and should do is…take care of his missing brother's family. But when Sarah, the kids, and Jannik become increasingly close unexpected news arrives from Afghanistan-Michael is alive. 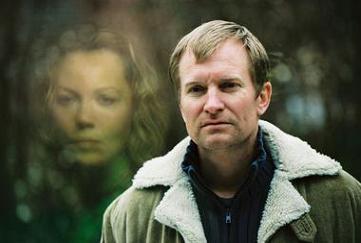 If there was any doubt that Denmark is currently living in a state of contemporary film Renaissance which Scandinavian cinema has not seen in quite some time Susanne Bier's recent film Brodre a.k.a Brothers certainly solidifies such a statement rather easily. Together with such acclaimed recent films as Per Fly's Arven (The Inheritance), Nikolaj Arcel's Kongekabale (The King's Game), and of course Christopher Boe's Reconstruction Susanne Bier's Brothers joins the group of films that currently represent arguably the most exciting film market in Europe outpacing such traditionally productive countries as France, Italy, Germany, and Spain.

There are three reasons why Brothers works with both critics and audiences around the world. First of all the film boasts a very simple yet honest narrative where none of the major actors fall victim of clichés that we typically associate with war films. Second of all Susanne Bier approaches the subject of her film without using it as a platform for blunt political messages (be it constructive criticism or blatant approval). Third, Brothers is indeed a very personal film, one that shows what happens when human beings have to cope with a tremendous loss. In fact, the war premise of the film could have been substituted with any other tragedy, be it a car accident, a plain crash, etc, and Brothers would have still looked as powerful as it does.

Without a doubt what elevates Brothers to a remarkable viewing experience is the enormous character transformation which Ulrich Thomsen showcases on the big screen. His split personality, the bright and convincing soldier prior to his departure for Afghanistan, and the emotionally tormented soul that we see after he comes home to Denmark, certainly transform Brothers into a film that goes a step further from what we are typically accustomed seeing in social dramas. 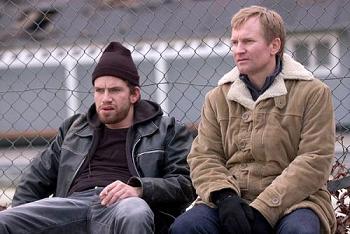 Brothers is a film of subtle nuances. The innocent smile on Sarah's face, Jannik's gentle touch, Sarah's kids shivering in fear, a piece of the broken kitchen table laying in the far corner of the dismantled by Michael room…these are all features that make Brothers a fascinating film. Just like her powerful Open Hearts Susanne Bier knows how to film human emotions to perfection. An enormously real film, with almost Dogme-style perfectionism, Brothers is a fascinating portrait of a family attempting to survive…life.