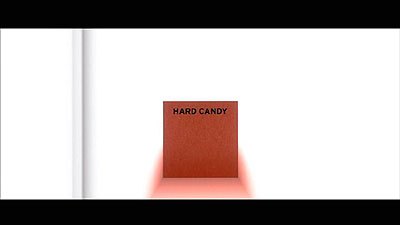 
The Movie
When I saw the trailer for Hard Candy, I knew I had to see this film. It's not that I'm a big fan of movies about pedophiles, but the look of the preview (and the poster) was so striking and the concept so intriguing, that I couldn't wait to check it out. Unfortunately, it didn't get a wide release and never made it to a theater near me. Now though, I've experienced Hard Candy, and I'm glad I did. Was it worth the wait? That's your call to make.

Hayley Stark (X3's Ellen Page) is an intelligent, mature 14-year-old who chats online with a guy, and decided to meet him in real life. When she does catch up with Jeff (Patrick Wilson), a 30-something photogragher, at a coffee shop, it sets in motion a day of horror and torture that leaves both people scarred and changed, as they both have an agenda and a large amount of determination. I'll avoid getting to into the specifics, as the revelations should be left to discover.

As one might expect, the film is hardly a comfortable good time, as it is loaded with physical violence, psychological combat and suspenseful moments that never allow one to relax. The main set piece, a torture scene that's played out essentially in real time, will make you squirm, as it puts the viewer in the same spot as the victim, never knowing what comes next. It's horrifying, mainly because it's portrayed without any real exaggeration, making it very believable, which is never a good thing when it comes to experiencing terror second-hand/ 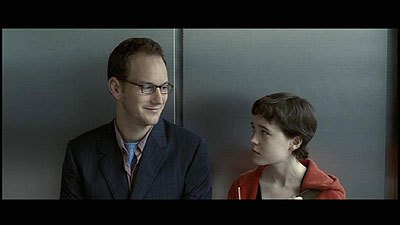 The best aspect of this intimate film (there's only four speaking roles, including Sandra Oh's inquisitive neighbor), is the lack of a hero. There are aspects of Hayley and Jeff's actions that make you pull for them, but they are followed by aspects that make you unhappy to have sided with them. It's the kind of ethical complexity that's rarely seen in films, which makes it such a challenging, intelligent movie. It's also part of what makes this a well-written film that favors quality over quantity when it comes to characters.

With so few parts, it was important to find great actors to fill them, especially the part of Hayley. In Page, they found a young girl with impressive range and a visual schizophrenia that sells her character's actions and words. Capable of shifting her expression from innocent to malevolent with seemingly no effort, she can be terrifying and vulnerable at the same time, the perfect combination for this film. As her foil, Wilson leaves nothing in reserve in portraying Jeff. His performance amps up the fright level, making what's already believable into gritty realism. Together, they raise a movie that could have been another come-and-go genre flick into a suspenseful character study deserving of a loyal cult following.

Though the acting makes this movie, it was already two steps ahead of the game with director David Slade at the helm, and his crew at the controls. Hard Candy's look is a big part of its appeal, as the tight zooms, purposeful coloring, and frenetic camerawork make for a claustrophobic, disorienting experience that leaves the audience shaken and stirred. This is one the examples of a film where everyone seems to be on the same page, resulting in an overall excellent film. You just need to be sure you can handle it. 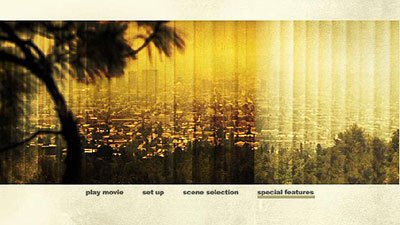 The DVD
Packaged in a standard keepcase without an insert, Hard Candy is a one-DVD release, featuring a pretty animated, anamorphic-widescreen menu system based on imagery in the film. The main menu offers a choice to watch the film, adjust languages, select scenes and view special features. Audio tracks include Dolby Digital 5.1 and 2.0 tracks in English, along with English and Spanish subtitles, as well as English closed captioning.

The Quality
As mentioned before, visuals are a big part of the film's effect, and this anamorphic widescreen transfer makes sure that it all comes across cleanly. Colors are bright and vivid, while the level of detail is very high. There's a huge number of close-ups in Hard Candy, and they all look great. Mention is made in the extras of the clean-up effort made by the film's color artist, and it was not an effort made in vain, as the image is crystal clean, without a speck of dirt, damage or digital artifacts. You couldn't ask for much better.

The audio, presented as a 5.1 mix, is also an important part of the movie, and the DVD does a very nice job with it. The film is very small, mainly made up of two people talking, but it's captured beautifully. There are a few moments where the full soundfield is put into play, normally when music is part of the scenes, and they are well reproduced.

The Extras
Considering the controversial topic at the heart of the film, it's ripe for some bonus material, and Lionsgate didn't let anyone down, giving the DVD a good spread of extras. First up, are a pair of feature-length audio commentaries, which combine to say a lot about the movie. Director David Slade and writer Brian Nelson join up for one track, which focuses, naturally, on the writing and technical aspects of the film, while Page and Wilson are paired on a chat about their perfomances and the story in the film. They are both very informative and interesting, with Slade providing the most knowledge, but Page is no slouch, and comes across as extremely intelligent.

"Creating Hard Candy," an extensive documentary about the film, running almost 52 minutes, and viewable as one show or in seven parts, covers the film from its conception to its release. Tons of interviews combine with clips from the film and some behind-the-scenes footage to create a very engaging look at how the film was made. The nine-minute "Controversial Confection: The Soul of Hard Candy" featurette goes deeper into the movie's content and everything that goes into making a movie about such a topic, using the same style as "Creating." Both featurettes have spoiler warnings up-front, so they should be viewed after the film.

Six deleted/extended scenes are included, though none of them would have changed the movie greatly. Including commentary that explains their removal from the film would have been appreciated. These can be viewed separately or all together. The extras wrap with the film's outstanding theatrical trailer, and a reel of four Lionsgate trailers.

Put the disc in a DVD-ROM drive, and you can access a nice flash presentation of the film's script, with accompanying notes and sketches from Slade. 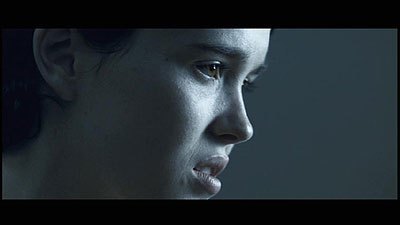 The Bottom Line
Though the film is extremely uncomfortable, and will turn off a large amount of the potential audience, it's the kind of film that demands you watch it, as it features a controversial topic and an unconventional storyline, both handled with grace and style. It also features a performance by one of the best young actresses out there, as Page dominates the film, and a visual power that recalls the work of David Fincher. The DVD looks and sounds great, and it supplements the film with some genuinely interesting extras that are more than just EPK material. Anyone who can handle being challenged by a film to be both strong and smart, will want to see this movie, and everyone else ought to.