Paramount // R // December 5, 2006
List Price: $14.99 [Buy now and save at Amazon]
Review by Stuart Galbraith IV | posted December 10, 2006 | E-mail the Author
Someone to Love (1987) is one of director-actor Henry Jaglom's most accessible, interesting, and entertaining films. He had been making movies for about 15 years, but here stumbled upon a new type of filmmaking he's all but owned ever since, mixing a loosely-scripted narrative with unscripted confessional style interviews all on a single topic. He would subsequently build entire films around this format, from women's obsession with food (Eating) and their maternal yearnings (Baby Fever), to here, where he invites a group of both men and women to discuss the conflicted emotions of living single, of being alone.

Like writer-director-actor Albert Brooks, Jaglom writes and plays characters that blur the line between reality and fiction, and like Brooks these usually self-obsessed, control-freak types come off as intensely annoying to some. On one hand that's partly the very fascination with Jaglom's films: it's often hard to tell what parts of his movies are scripted and which scenes are genuinely real, with actors and non-actors alike appearing to bare their souls in singularly intimate ways. (Many viewers and critics, unaware of Jaglom's methods, have wrongly assumed that his movies are completely made up on the spot, which is not the case.) To trigger some of the conflict and achieve these results, Jaglom like Brooks often goes out on an actorly limb, playing somewhat off-putting characters that are partly the real Henry Jaglom, warts and all, partly a fictional character whose purpose is to drive the narrative. And while most of his movies have very funny moments, unlike Brooks the characters Jaglom plays are essentially humorless and not funny in and of themselves, putting him at an even greater disadvantage. At one point Danny says, "I love mirrors," but this isn't Jaglom being conceited. Rather, it's an expression of his interest in constant self-assessment.

In Someone to Love, Jaglom plays Danny, a filmmaker at a crossroads in his six-month-long relationship with cabaret singer Helen (cabaret singer-actress Andrea Marcovicci, who was really dating Jaglom at the time). In a reverse of the old cliche, after sex he's pushy, wanting to stay over, but she kicks him out so that she can sleep by herself.

A meeting with eccentric older brother Mickey (Michael Emil, Jaglom's real-life brother) inspires Danny's latest film. At the old Mayfair Theatre in Santa Monica - which Mickey had acquired only to immediately sell it to developers who plan to raze it and build a shopping center - Danny invites about three dozen friends and associates to an all-day party. As they drink, eat, and interact with one another his small film crew scurries about shooting them, with Danny asking his guests probing questions about loneliness and why they're unable or unwilling to sustain lasting romantic relationships.

In the midst of all this, Danny's filmmaking mentor (Orson Welles) arrives and like both Zeus and a Greek Chorus the Old Man makes wry and pointed observations about the state of men and women late in the 20th century. 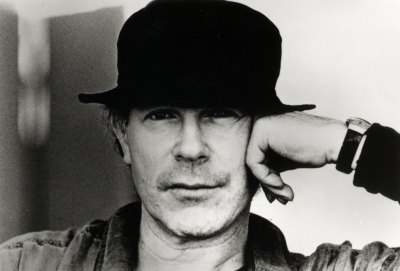 Hundreds of years from now, if mankind still exists, sociologists will probably be looking at Jaglom's movies, including Someone to Love. Admittedly its focus is narrow in that its subjects are Angelinos or transplanted New Yorkers, almost all of whom are also actors or musicians, or in show business in some capacity. Nevertheless, the film is peppered throughout with little epiphanies and moments of dead-on perceptiveness about the way men and women treat one another, and what's (apparently) scripted is almost as good as those confessional moments. Sally Kellerman, playing famous movie star "Edith Helm," never once even indirectly references her career-defining shower scene in Robert Altman's MASH (1970), but it's clear watching various men - who see only the fantasy figure from that film - crudely try to pick her up (including one grip who unwisely tells her that he "grew up" watching all her old movies) that it's been a hard role to live down.

Jaglom gets consistently good actors to appear in his relatively low budget films and it's easy to see why. It's obvious that he gives them enormous freedom and allows them to express themselves in ways that are almost unheard of in film. He's also very clearly and actor's director, apparent in his superbly effective use of non-actors who get almost equal screentime among the professionals. (Someone to Love's cast includes pianist-songwriter David Frishberg, popular song/musical theater archivist Miles Kreuger, and director Monte Hellman.) As he is in all of Jaglom's films (as well as Nicholas Roeg's Insignificance, in which he played Albert Einstein), Michael Emil is a standout, hilarious as Danny's lonely, loquacious brother, whose deadpan delivery of barely-contained nervous energy is one-of-a-kind. It's a shame has hasn't appeared in more films.

Also a joy is Orson Welles, whose wry observations about the human condition is likewise enlightening and entertaining. Always a superb raconteur, he's full of gems like, "As the world gets more and more populated and there's less and less room, and the apartments in which marriages are supposed to work get smaller and smaller, more and more people are going to rush out in the street and kill everybody they can find." This was, sadly, the great director's final film appearance; he died a few months after filming his scenes. And yet there's an indescribably sweet poignancy to Welles' final onscreen moments especially, when Jaglom allows him to deliver the film's final line, an appropriate farewell to one of the medium's greatest artists.

Someone to Love is presented in a crisp 16:9 enhanced transfer that approximates its original 1.85:1 theatrical release. The film shows little wear and the image is clean with good color. The Dolby Digital mono is fine given the limitations of production methods that, audio-wise, don't always best capture improvised moments. Optional subtitles are available in English, Spanish, and Portuguese, as well as full menu screens in those languages.

Jaglom and Marcovicci provide a very entertaining and informative audio commentary that generously praises and identifies all the actors and goes into considerable detail about the director's almost unique approach to making movies. For example, Marcovicci astutely notes Jaglom's preference for long two-shots vs. cutting between two close-ups and the advantages of this, while Jaglom talks about his preference to flat-bed editing over newer, computer age editing tools.

Except for other Henry Jaglom movies, there's nothing quite like Someone to Love, a funny and perceptive look at human relationships, and a good place to start for those curious about this fiercely independent filmmaker who has carved an invaluable niche in American film.