Waltons - The Complete Fourth Season, The

I don't think anything takes me back faster to the memories of childhood TV viewing than those first tentative strains of Jerry Goldsmith's lovely theme for The Waltons. Structured as a writer remembering his childhood while growing up during the Great Depression in rural Virginia, The Waltons was, for me, an early, powerful melding of personal and professional yearnings that locked into my own childhood memories for these past 30-odd years. Wanting to be a writer (as well as wishing I had a close, loving family like that depicted in the show), The Waltons became required viewing for me right from the start of its run (I reluctantly gave up on Flip Wilson) in 1972. Viewed now, admittedly through a veil of nostalgia, The Waltons plays even better today. A show that many dismissed at the time as a kids' show, its beautifully modulated tone perfectly expressed the gentle hopes and disappointments of life, and in the process, became one of the best TV dramas of the 1970s. 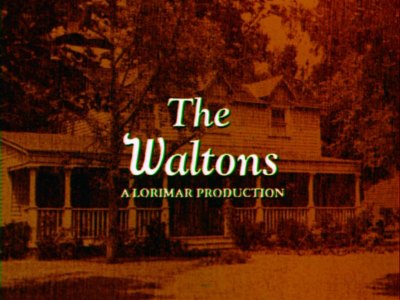 I've read a lot of criticism of the show that found fault with its decidedly cleaned up vision of rural Virginia life in the economically ravaged 1930s, as if creator Earl Hamner, Jr. was somehow being artistically dishonest in taking out much of the grit from those harsh memories. Of course, that view doesn't take into account the realities of network TV in the early 1970s (nobody from CBS was going to let viewers see what it was really like out in the hills during the Depression), nor Hamner's deliberate use of nostalgia as a vehicle for dramatic intent. Hamner's marvelous 1971 telemovie, The Homecoming, which served as the basis for The Waltons, was far closer to reality in depicting the economic hardships of the Depression, as well as the rather earthy, pious people that inhabited those hills at the time - and even that telemovie had to be toned down, watered down by the network brass for mainstream audiences. Except for the kids watching the show at the time, most of the adult viewers had first-hand accounts of the Depression from their parents (if they hadn't actually lived through it themselves). My parents were born during the Depression, so their childhood memories were certainly shaped by it, and they knew The Waltons wasn't a "true" depiction of those times - at least in terms of showing the actual hardships that people went through (the poor of Walton's Mountain are not the poor of Walker Evans' photos by a long shot). In fact, growing up during the recession of the 1970s, I distinctly remember thinking the Waltons had it pretty damn good: their own mountain, plenty of game to hunt, plenty of land to plant crops, their own business (a saw mill), and a huge house. Hamner knew what he was doing; no one would have tuned in to see people starve. 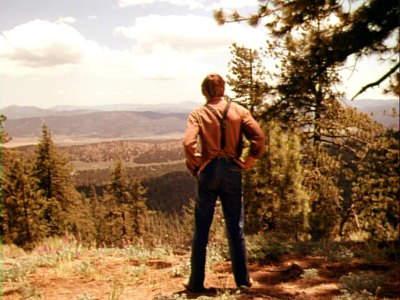 What my parents did see as very true were the quiet moments of The Waltons that resonated with their own experiences. The feeling that life must have its quite moments, moments to just live and experience life as it comes. The feeling that families had to stick together to survive the harsh, outside world. The feeling that one could be in accord with one's natural surroundings -- all feelings that were rapidly fading from the fabric of 1970s American society. The Waltons may have always had the money to pay the electric bill, but when they gathered around the radio, enjoying a program together as a family, that fictional moment had a decidedly real impact for my parents -- they had experienced the exact same thing. Which of course leads to the rather reflexive experience of me as an adult, remembering watching The Waltons as a child with my parents, who at the time were remembering similar events and times from their own childhood memories, depicted in The Waltons. It's a fairly layered experience for a former viewer, especially if you add in your own kids watching it on DVD, and I'm sure that accounts for the continued popularity of the show. It's an experience, not an accurate, detailed documentary of the time, and as its stories are largely based on family tribulations, it becomes an experience that gets handed down from generation to generation.

Of course, all of that would have been meaningless if the shows themselves were marginal in execution. But almost to an episode, The Waltons proved to be a remarkably consistent series, showcasing touching, gentle stories of the human condition, and The Waltons: The Complete Fourth Season is no different. Although the ratings for The Waltons were starting to drop this season (it would fall from the Nielsen Top Ten this year, ending up 14th for the 1975-1976 season, down from 8th the previous year), the quality of the scripts were actually improving; the season opener, The Sermon is a beautifully written little piece about faith and religion (from one of the series' best writers, Kathleen Hite) that illustrates the commitment Hamner had in presenting a thoughtful, compelling drama. While it became obvious for viewers that the central character John-Boy was growing up and away from the Walton household (Thomas, tiring of the role, would leave after the next season), other characters started to take more visible roles in the series, with stories focusing on the other children, John Sr., Olivia and Grandma and Grandpa Walton occurring frequently. Highlights of this particular season include The Quilting, which gives a topical depiction of generational differences between traditional Grandma and "modern" Mary Ellen (nicely played by Judy Norton-Taylor); The Fox, another knock-out performance by Will Geer as Grandpa, telling the truth about the San Juan Hill charge of Teddy Roosevelt; and The Secret, a good vehicle for David H. Harper as Jim-Bob, who believes he's adopted. One of the best episodes of the entire series, The Prophecy, is included in this particular season, with Ralph Waite giving perhaps his best performance in the show, as John encounters the pangs of personal self doubt when his upcoming high school reunion starts him thinking that perhaps "success" has passed him by. It's a marvelously understated performance, with many thoughtful, quiet passages in the story -- the kind of quiet moments that are increasingly rare on television today. For nine seasons, The Waltons excelled at bringing those contemplative moments into our homes, every week. 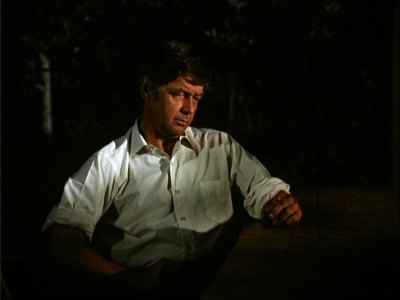 Here are the twenty-four, one hour episodes of The Waltons: The Complete Fourth Season five disc set:

DISC ONE: Side A:


The Sermon
With the Reverend Fordwick off on his honeymoon, John-Boy takes his place in the pulpit.

The Genius
A boy genius at Boatwright proves he's smarter with numbers than with people when he visits the Waltons.

The Fighter
The good fight. The Walton women don't like having a prizefighter as a hired hand, until they learn he's also a minister.

DISC ONE: Side B:

The Boondoggle
Despite Grandma's distaste for "government shenanigans," John-Boy is thrilled when a WPA writer arrives in town.

The Breakdown
Jason's musical ambitions hit a sour note when he has more obligations than hours in the day.

DISC TWO: Side A:


The Wing-Walker
Local folks -- especially smitten John-Boy -- are dazzled by a lovely wing-walker and her airborne show.

The Competition
Hands off, he's mine! Mary Ellen and Erin vie for the affections of a likeable forestry student.

DISC TWO: Side B:


The Loss
Olivia's newly widowed niece finds comfort in her grief from an unexpected source.

The Abdication
The Waltons don't know which is more exciting: King Edward's abdication or a movie crew filming on their mountain.

The Estrangement
For better, for worse, but maybe not forever. A Walton kin runs away from an unhappy marriage.

DISC THREE: Side A:


The Nurse
Medical crisis. The whole family frets waiting to hear if Mary Ellen has been accepted to nursing school.

The Intruders
It looks like the Walton's biggest competition is another Walton: Ben goes to work for a rival sawmill.

The Search
The longest night. The family searches frantically when Olivia, Jim-Bob and Elizabeth are lost in the forest.

DISC THREE: Side B:


The Secret
When Jim-Bob suspects he's adopted, he investigates his birth records...and makes a startling discovery.

The Fox
Grandpa loves spinning yarns about his days with Teddy Roosevelt and the Rough Riders. So why won't he attend their reunion?

DISC FOUR: Side A:


The Burn Out Parts I and II
When a raging fire leaves them homeless, the Waltons must split up and stay with various neighbors.

The Big Brother
A runaway's tragic stories touch every Walton -- except Grandpa, who can spot a con artist when he sees one.

DISC FOUR: Side B:


The Test
Is it really for the best? An elderly neighbor's spirit breaks when her son moves her to an old folks' home.

The Quilting
Grandma fumes when she plans a quilting to announce that Mary Ellen's of marrying age -- and Mary Ellen says no.


The House
Grandpa wants to tear down an old house to sell the lumber. Grandma wants to save it. Any bets on who wins?

The Fledgling
Start the presses! John-Boy is eager to publish his own newspaper, but first he needs to pay for a printing press.

The Collision
John-Boy, foreign correspondent. Covering the Spanish Civil War may be just the ticket for a young newsman. 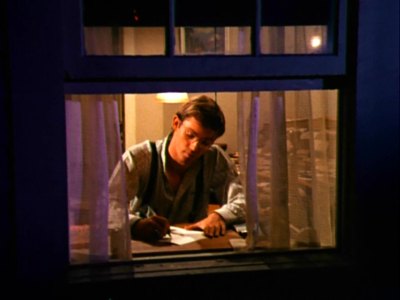 The Video:
The full frame video image for The Waltons: The Complete Fourth Season is not the best. Often, the title card for individual episodes reads, "The Best of The Waltons," indicating that these transfers weren't taken from the original elements -- and it shows. Colors can be muddy or pink, with numerous scratches and dirt specks. Still, it looks far better here on DVD than it does on television broadcasts.

The Extras:
There are, shamefully, no extras on The Waltons: The Complete Fourth Season disc set.