Paramount // Unrated // June 5, 2007
List Price: $49.99 [Buy now and save at Amazon]
Review by Stuart Galbraith IV | posted June 13, 2007 | E-mail the Author
With no explanation whatsoever, Peter Graves steps into departing series star Steven Hill's pole position for Season Two (1967-68) of Mission: Impossible. Hill reportedly left the show for religious reasons (an Orthodox Jew, he declined to work on the Sabbath), leaving Jim Phelps (Graves) to take over the Impossible Missions Force (IMF) from Daniel Briggs. Though Hill's marvelously low-key performance is missed, and while it's a shame the producers couldn't/wouldn't seize on the chance to explain his departure, the series maintained its high standards throughout year two, skipping not a beat in the process.

Indeed, the show didn't become the big hit it eventually was until its second season. As former Desilu executive in charge of production Herb Solow and producer Bob Justman tell it in their fascinating book Inside Star Trek (Star Trek being Desilu's other one-hour drama at the time), both series were frequently over-budget and behind schedule, but where Star Trek's rating were going into the toilet, despite the famous "Save Star Trek" letter-writing campaign, the executives at CBS were much more forgiving of Mission: Impossible perfectionistic creator Bruce Geller as by this time the program was a ratings smash. It won the Emmy for Outstanding Dramatic Series (with Geller picking up a second Emmy for his writing), and co-star Barbara Bain won for Best Actress in a Dramatic Series while real-life husband Martin Landau was nominated. 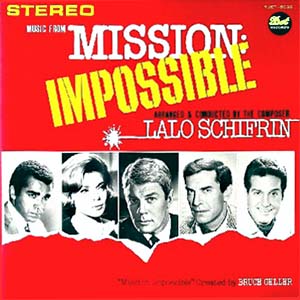 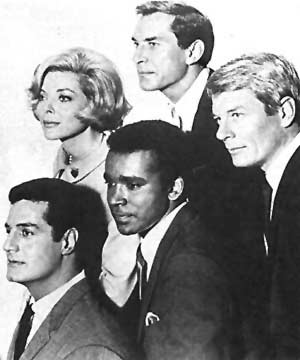 As before, the series' structure is rigidly adhered to. At the beginning of each episode, Jim Phelps (Graves) inconspicuously receives a recorded message outlining the week's seemingly impossible mission, and each week the recorded voice warns, "As always, should you or any of your IM Force be caught or killed, the Secretary will disavow any knowledge of your actions." Messages are by season two generally recorded on a reel-to-reel tape (that "will self-destruct in five seconds") but sometimes other means are used. In "The Bank," for instance, the message is found on an old 78rpm record.

Where Steven Hill frequently played a minor role in the actual missions, Graves's no-nonsense Jim Phelps is much more front-and-center, and a major part of the action. The result of this is that the show's original concept, to rotate guest stars playing other agents with various specialties has been deemphasized, though still present.

The great pleasure of the series at its best is watching the missions played out and how they're presented to the audience. Though each mission's purpose is clearly explained, the IMF's strategies for accomplishing them aren't; the show's writers hold back on most of the details, revealing early on only a few of the gadgets that'll be used, or the roles some of the IFM team will play in their usually elaborately-staged schemes.

As a result, the television audience goes into these missions with only the vaguest idea how the IMF team will pull their missions off, and since the missions largely rely on out-conning foreign spies, drug lords and the like, the best shows generate terrific suspense because they're so unpredictable. They're like cryptic little puzzles that only make sense when all the pieces are put together. We're not sure what exactly is going on until almost the end, while at the commercial breaks before then - always stopping just short of the IMF getting found out, a member being killed, etc. - the audience wonders how the IMF is going to get themselves out of their latest jam.

Once again, Mission: Impossible is presented in extremely good, eye-popping transfers in their original full frame format which are not cut or time-compressed. Typically there are four episodes per disc. The shows are offered in their original mono, but the audio defaults to the superb Dolby Digital 5.1 mix as Season 1, which adds enormously to the show's excitement. Unlike Season 1's lack of alternate subtitle and audio options, this set includes a Spanish audio track and optional English, Spanish, and Portuguese subtitles. There are no Extra Features.