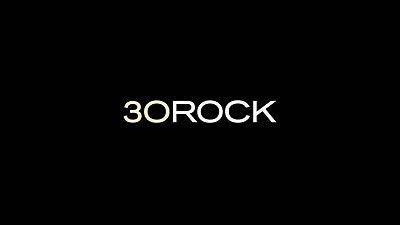 
The Show
When NBC announced they would be launching two series based on their legendary late-night show "SNL," I went on record as saying, after one season, we'd be left with just one. I just thought it would be the one Aaron Sorkin was behind. Instead, "Studio 60" is but a feint memory, while "30 Rock" went on to challenge for the title of funniest show on TV.

It certainly didn't seem that funny at the beginning. Tina Fey's half-hour vision of what goes on behind the scene in sketch comedy seemed to be like any other sitcom to start, though it had a few things working for it. First, Tracy Morgan is playing his most popular kind of character, the one "seen" when he appears on "Opie and Anthony," which lets him be an absolute maniac. Secondly, the fact that they are working on a TV series is almost inconsequential to the overall series, with much more focus placed on the people instead of what they do (which is normally the case with a workplace comedy.)

Finally, it stars Goddamned Alec Baldwin. This man leaves more comedic talent in his shower drain each morning than most actors have. He's so good in this show, playing Jack Donaghy, an egomaniacal network exec with interesting dating habits and an unusual family, that it makes me want to watch The Shadow again. Sure, I probably would have anyway, but that's besides the point. Hook up Baldwin with "SNL" (even if it's just a parody of the show) and you're likely to strike comedic gold, and "30 Rock" is just another example of that. When it was announced that Baldwin was looking to leave the show, I immediately wrote the series off. He's just that important to the show's blend of real-world situations and oddball hilarity.

Despite these strengths, the first few episodes were rather ordinary, establishing the characters, their fictional show, and the friendly/adversarial relationship between Jack and producer Liz Lemon (Fey.) There were some laughs to be had, but the only reason to watch for the first few weeks was to see what Morgan or Baldwin would do next. Then, something happened. 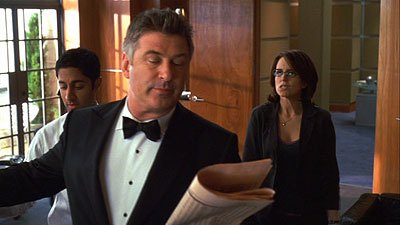 Perhaps it was because the groundwork was in place or perhaps the writers just hit their stride, but the show took off, around the fourth episode, using a surreal sense of humor and a well-developed cast of characters to tell bizarre stories as complements to somewhat traditional stories about Liz and her various relationships. In some ways, the series is like a live-action "Family Guy," using flashbacks and asides to deliver many of the jokes, but there's little in the way of crude comedy, as the series relies more on clever dialogue to get laughs.

Because of the focus on dialogue, the actors delivering it had to be good, and the cast of "30 Rock" is more than up to the task, as Baldwin, Morgan and Fey, who surprised by being very capable of carrying the show in her first starring role, are joined by a talented group of comedians, led by Scott Adsit and Jane Krakowski. Though Adsit has been on my radar for years, since the days of "Mr. Show," I'd never paid much attention to Krakowski, knowing her only as that girl from "Ally McBeal." Here, she's proven herself to be a great sexpot comedienne, playing off her attractiveness to great comedic effect, serving as a counterpoint to Fey's more demure personality. With Judah Friedlander, Keith Powell, and Lonny Ross rounding out the main staff on the show, there's a lot of talent on board, but it's hard for any of them to top the performance of Jack McBrayer, whose naive, bright-eyed NBC page Kenneth is hysterical. Sure, Kenneth is a pretty stereotypical character, offering plenty of opportunities for gay and hillbilly jokes, but in the context of the overall show, he's an excellent part of the show, as a beacon of positivity in a very cynical world.

The regular cast is joined by a rather impressive collection of guest stars, including several "SNL" alumni, like Will Forte, the wonderful Chris Parnell (as Dr. Leo Spaceman) and Rachel Dratch, who plays several roles throughout the season, pitching in where needed, despite being cut from the show's original cast. The list of guest stars goes on and on, marked by names like Conan O'Brien, Isabella Rossellini, Rip Torn, Paul Reubens, Wayne Brady, Will Arnett and Nathan Lane, but a few are so perfectly cast as to feel like a part of the show. "SNL"'s Jason Sudeikis, playing Liz' love interest Floyd, is a great match for her, while the legendary Elaine Stritch is perfect to play Jack's mother. In fact, the entire Donaghy family, which includes Molly Shannon, Siobhan Fallon and Brian Murray, is an exercise in quality casting.

A great cast isn't much good without great stories, and among the stand-out episodes in the first season there's plenty for the actors to dig into. "Tracy Does Conan" is a great "freak out" episode for Morgan, as his medicine leads to some fun hallucinations, while "Black Tie" is star-filled, as Rossellini plays Jack's ex at a party for a bizarre European prince (Reubens), where Liz pretends to be Jack's girlfriend. Though "The C Word," "Fireworks" and "Hiatus" are all great episodes, the final eight episodes as a whole are terrific, showing the heights the show reached in its first season. Whether it's Jenna's PR problems in "Hard Ball," Tracy's obsession with Thomas Jefferson or the introduction of "The Black Crusaders," there's so much funny going on that you'll want to just keep watching. 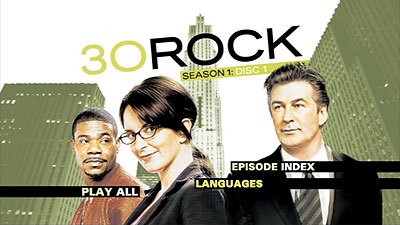 The DVDs
The first season of "30 Rock" is available in two versions, one a complete season set, the other being two separate volumes. It's an odd way to do it, since the discs in the separate sets supposedly match the complete set, which means the two discs in the first volume would have 16 episodes and no extras, while the second volume has all the bonus footage and just five episodes. The complete three-disc set is packed in a three-panel, three-tray digipack (featuring episode descriptions), with a holofoil slipcase holding it all. Audio options include English Dolby Digital 5.1 and 2.0 tracks, while subtitles available in English SDH and Spanish, though there's no closed captioning.

The Quality
The anamorphic widescreen transfers on this set are good, but uneven, as some are not nearly as impressive as expected. After watching these episodes in HD, several of these are a step down, as the image can be rather soft, a bit dark and lacking in fine detail, though the colors are solid and there's no dirt or damage evident. Some excessive grain can be seen, especially in dark scenes, but there are no obvious digital artifacts. The quality seems to improve as the season progresses though, with the final disc looking much better than the previous two.

The Dolby Digital 5.1 soundtracks are clean and distortion-free, which works for a dialogue-driven show like this. The music occasionally gets spread to the sides and rear speakers for emphasis, but the presentation is mostly straightforward.

The Extras
The extras start with five audio commentaries, which oddly, are not with their episodes in the context of the DVDs. Instead, the five episodes are repeated on Disc Three, with optional commentary. Why not just put them with episodes? Good question. It probably has something to do with the whole two-volume thing. Here's a breakdown of the tracks:

To be absolutely truthful, these tracks are not great. Morgan and McBrayer do plenty of talking, but it's rather scattershot in terms of relating to what's going on, though Morgan manages to include quite a bit of detail in his rambling chat. Fey does a more balanced job of talking about the series, where as Baldwin essentially watches the show and laughs, throwing in bits about the women on the show. It's hilarious to listen to, but it's not a commentary. The same goes for the track from executive producer Michaels and his son Henry, who somehow say even less than Baldwin.

More from the series is available to watch, as ten minutes of deleted scenes are included, which can be watched by episode or in one group. They aren't bad, but they don't stand out either, falling a bit shy of the material that made it into the series. The deleted scened get overshadowed by "The Wrap Party," a 13-minute collection of scenes and bloopers shown, appropriately, at the show's wrap party. Though the end of the compilation is just scenes from the show, the bloopers are a great deal of fun, especially any of Baldwin's crack-ups, of which there are plenty, including some demonstrations of his excellent imitations. It's followed by six fun "Evening with Kenneth" segments which sees the NBC page hosting his own made-up talk show from his page desk. Among his guests are Jenna, Frank, Tracy and the inimitable Dr. Funk. If you want to enjoy some general goofiness, you'll find it here, along with a chance to ogle Krakowski's nipples.

The "Behind the Scenes" featurettes are a mixed bag, as the 5:40 first segment, with Friedlander, loses its way from being an on-set video journal, falling into the fiction of the series. The second one, with McBrayer and Ross is much more in-depth, as they take a camera and mic and tour the Long Island City, NY studio where the show is shot, looking at the various sets and departments working on the show. Considering the lack of behind-the-scenes info in the commentaries, this 15-minute piece helps fill in the holes for the more curious fans.

The 31-second "Makin' it Happen" is a collection of three episodes from the micro-series that's mentioned on the series, making fun of the increasing decreasing length of TV series and their movement to online sites. It's quick and harmless, and is apparently included to satisfy completists. What's missing though is the show's original pilot, in which Dratch plays the part of Jenna, which anyone who saw the original commercials (also not included here) will remember. 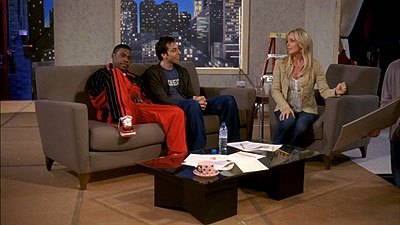 The Bottom Line
"30 Rock" should get some sort of comeback award, overcoming something of a rough start to grow into one of the funniest shows on TV, in less than a season, thanks in no small part to the lead performances by Baldwin and Morgan, along with a surprisingly engaging character in Liz Lemon. It's rare to see a live-action sitcom cultivate the kind of energy this series has, with an editing style that breaks the traditional rules, putting the focus on the dialogue instead of on wacky situations and silly slapstick. The DVDs aren't quite on the same level of quality as the comedy, for the most part, while the extras are good, but not as fulfilling as a fan of the show might hope for. If the series wasn't so good, it would be relatively easy to dismiss this set, but it's a must-see for anyone looking for a few hours of solid laughs.