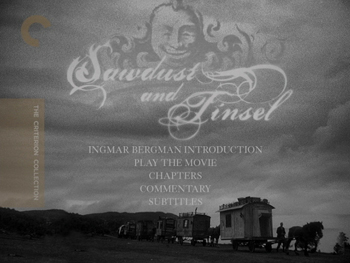 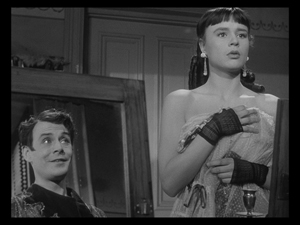 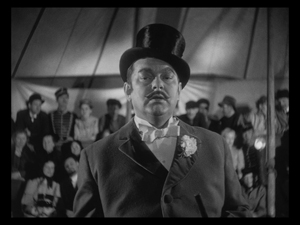 Video:
Apparently the Sawdust and Tinsel - Criterion Collection DVD has five minutes restored to the movie that have not previously been in any U.S. release of the film (the scuffle with the police in town). In addition to that, it's obvious the movie got a lot of loving care on its way to disc. Shown in 1.33:1, the image quality is outstanding. Outside of a handful of frames with minor scratches on them, you'll be hard-pressed to find any issue with the beautiful black-and-white picture.

Sound:
The soundtrack is in mono, in the original Swedish with English subtitles. The sound of the movie has a spooky atmosphere, with notable silences and a powerful musical score by Karl-Burger Blomdahl. Particularly the early flashback sequence has specific sound cues that border on the playful, and the sound quality on Sawdust and Tinsel - Criterion Collection preserves the effectiveness of this portion of the film. I didn't notice any hiss, odd tones, or stray noise. Very clean, very clear.

Extras:
The audio commentary for Sawdust and Tinsel is by Peter Cowie, a regular contributor to the Ingmar Bergman discs from Criterion (among others). His tracks are always informative and scholarly, while also staying conversational.

FINAL THOUGHTS:
Highly Recommended. An early creative breakthrough for Ingmar Bergman, Sawdust and Tinsel would see the Swedish director using the metaphor of performers and performing to expose the depths of deceptions in relationships, manhood, and society itself. Following a run-down circus troupe to its latest stop, he creates a swirling social drama where two lovers seek escape but find only rejection. Layering in a side story about a clown's marital woes, a prior indiscretion that hangs over everything, the movie becomes a painful examination of the action men are expected to take and the way these things can go wrong. 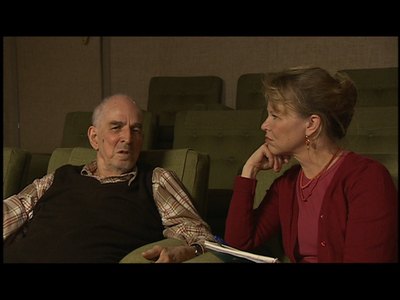