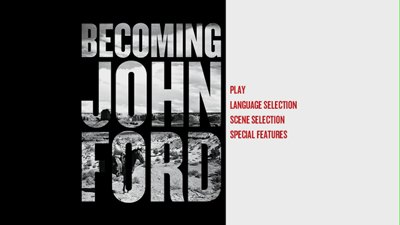 Becoming John Ford is a new documentary made by director Nick Redman to go along with the massive Ford at Fox collection that was just released. It's available as part of the full 21-DVD collection, on the pared down 6-DVD The Essential John Ford, or all on its own as a single-disc release.

Reverential in tone, Becoming John Ford chronicles the arc of the great filmmaker's early career. He began by shadowing his brother Francis Ford on the set of the silent movies the older sibling directed, which eventually allowed John to transition into directing his own silent features. When Darryl F. Zanuck's nascent 20th Century Studios merged with Fox, Ford became a contract director at the company, beginning a fruitful relationship between the studio head and his artist that was often contentious but also one built on mutual respect. Under Zanuck, Ford made many of his most famous pictures and won two Oscars. When World War II broke out, both men joined the war effort, with Ford helming a film unit that chronicled the efforts of the U.S. troops.

After the war, both men resumed their previous positions, though the movies they made had a new gravity. Unfortunately, disagreements over the film My Darling Clementine would prove too much, and John Ford ended his relationship with Zanuck and largely moved on from Fox. There was no changing the storyteller within him, he just chose to apply his skills elsewhere.

Becoming John Ford is an entertaining documentary, though a little staid. Clips of Ford's movies are used sparingly, giving more camera time to the biographers and historians that tell the stories of what went on behind the scenes. It's not that I wanted what they said cut, as the theories and anecdotes they share are very interesting, it's just that we could have seen more from the archives rather than the person speaking. In addition to relating biographical information, they also try to get at what makes a John Ford production tick, discussing the manner in which the master conducted himself and his primary themes, such as tradition, family, and Americana.

The stand-out participant is probably Peter Fonda, the son of Henry Fonda, one of Ford's most notable collaborators. (Probably only John Wayne is more associated with the director.) Fonda has a unique perspective, having witnessed both his father and Ford at work when he was just a young boy.

Redman's documentary is tightly constructed and well-paced, covering a lot of ground in a short amount of time. Ford enthusiasts will enjoy the deconstruction of many of his more famous releases, and initiates to the Ford aesthetic will walk away with a long list of DVDs to add to their viewing queue. Though I ultimately recommend Becoming John Ford, if you're interested enough in the director's work to want this documentary in your DVD collection, you're probably going to want to get it as part of one of the bigger sets rather than purchasing it on its own. For those unsure or unfamiliar, Becoming John Ford is a safer rental than it is a buy, only because when you're done watching it, you're likely going to be joining the fan club alongside the rest of us. 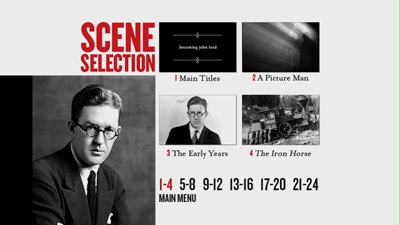 Video:
Becoming John Ford is a full frame documentary. Freshly made, its newness shows. The picture is crisp, with nice colors and no resolution issues. The copy I watched was an advance screener, and though the early discs made for press often look worse than the final copy, if such is the case here, then the actual retail product must be exceptional indeed.

Sound:
The main program has a 2.0 English soundtrack, along with English, Spanish, and French subtitles.

Together, these four showcase Ford's innovation in shooting war footage, which would not only influence how future newsmen would film battle, but also the look of fictional war films. Despite their rah-rah propaganda tone, Ford also displays his usual eye for detail and a surprising sense of humor at times (the seagulls in Midway immediately come to mind). They can also be appropriately somber, especially Torpedo Squadron, which honors men who were lost in battle. 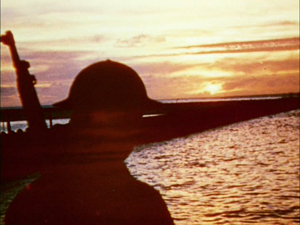 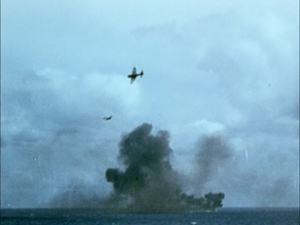 There are five interactive reproductions of vintage pressbooks for the movies:
* Four Men and a Prayer
* The Prisoner of Shark Island
* The Grapes of Wrath/Tobacco Road
* My Darling Clementine
* When Willie Came Marching Home

These are very short galleries of ads and press clippings, considered interactive because you can choose which pieces you want to highlight and enlarge.

You can also scroll through the original printed programs for the movies The Iron Horse and Four Sons.

Finally, the Ford at Fox archives has 30 advertising galleries, presumably for films in the big boxed set, spanning from 1920's Just Pals to 1952's What Price Glory, and including the 2007 Venice Film Festival presentation of The Iron Horse and the poster image for Becoming John Ford. These galleries range from one image to several, including posters, newspaper ads, and lobby cards. There are also 28 stills galleries, showing on-set photos from the same 1920-1952 selection of movies. These also have as little as one photo to show, though usually more.

FINAL THOUGHTS:
Recommended on the face of it, because Becoming John Ford is a well done critical and biographical study of one of American cinema's most legendary directors. Covering the first half of his career, from the silent years through World War II and on into his final collaborations with Darryl F. Zanuck at Fox, this documentary serves as an excellent overview of the development of an artist. As noted in the main review, however, this was created to go with a much bigger push to release Ford's Fox-era films. In addition to being available on its own, this documentary is part of two different sets collecting new DVD releases of John Ford's films. One of those sets would be the better purchase, and thus the better way to acquire Becoming John Ford. 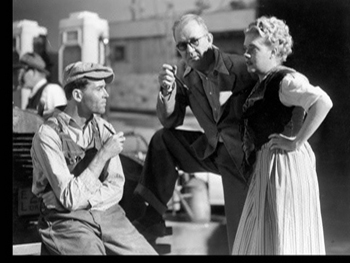