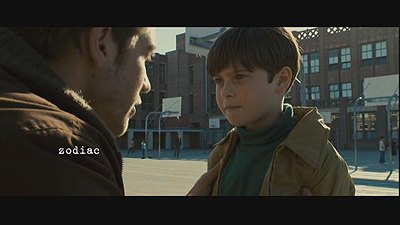 
The Story So Far
Visual filmmaker David Fincher took a whole new direction in bringing author Robert Graysmith's books about the Zodiac killer's reign of terror in San Francisco in the 1960s and 1970s, creating an unbelievably detailed and engaging epic about the men who became obsessed with stopping the murderer. When the film was released on DVD in July of 2007, it was bare-bones, due to timing conflicts, though the existence of a beefier special edition was made known immediately, letting fans in the know decide whether to buy then or wait. DVDTalk has a review of the original release here.

The Movie
The new director's cut of Zodiac is barely different than the original theatrical version, coming in just four minutes longer, with no noticeable changes to the overall film, as the restored edits focus mostly on minutiae David Fincher obsesses over throughout the film, namely illustrating the passage of time in the film and the procedures that are involved in solving a crime. Neither stands out negatively in their return to the movie, which makes you question why they got the axe in the first place. The differences between the two edits aren't really why anyone's picking this setup anyway, so I'll treat you to my previous thoughts on the film, which haven't changed since July, with a few exceptions: