I Am Cuba: The Ultimate Edition 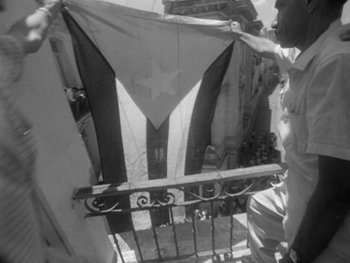 Few films have as tortured a road to the screen as Mikhail Kalatozov's I Am Cuba. Completed in 1964 as a joint effort between Russia and Cuba, it was shelved for various Orwellian reasons and not really seen until 1995. A chronicle of the revolution in Cuba, it is also a revolution in filmmaking, full of mind-bending, ambitiously staged shots and giving the French New Wave a run for its deconstructionist money in the way that Kalatozov tears apart conventional plot and emerges with something completely new. Part travelogue, part time capsule, and striking a tenuous balance between respectable agitprop and no-holds-barred propaganda, I Am Cuba is cinema as poetry, alive with a cadence all its own.

Though Image Entertainment released I Am Cuba on DVD in 2000, the disc wasn't all it could be, and it certainly wasn't all the film deserved. Milestone Film and Video has put together this new Ultimate Edition, and it's head and shoulders above its predecessor. Though the Image disc was passable in quality, the 2007 DVD sports a new transfer from original Russian film materials that is amazingly clear. It's as if a veil has been lifted from our collective eyes to reveal the full glory of Sergei Urusevsky's black-and-white photography. Likewise, we now finally have the option of watching the film with the full Spanish audio, minus the Russian overdubbing--and when I say overdubbing, I really do mean overdubbing. Russian voices speak over the top of the Spanish language dialogue so that the two tracks run simultaneously. That version is also available here, and I would recommend watching it that way at least once. It has a strangely hypnotic quality, and as a piece of philosophical unity about brotherhood under Communism, it works like a handshake across the ocean between the Russians and their Cuban comrades.

I Am Cuba is a quartet of stories, split into two halves. The first two segments are about the exploitation in the country under the rule of Batista. Foreign interests keep the people in poverty while exploiting them in the worst way possible. First, we meet the girl Maria (Luz Maria Collazo), who works in a nightclub under the name Betty, entertaining visiting Americans who see her culture and lifestyle as at worst a party favor and at best an anthropological oddity. Then we have Pedro (Jose Gallardo), the old farmer who has labored in vain to make a life for his children. The year he grows a banner sugar cane crop, he is informed that he won't be able to finish the harvest, as the land he works has been sold out from under him to a large corporation.

From there we move to the student revolutionaries in Guantanamo. In particular, we watch Enrique (Raul Garcia), who can talk a good game but lacks the nerve to carry it through. When his group is busted up by a thuggish police force, Enrique must move from philosophy to action. Meanwhile, out in the jungle, Castro's army is picking up steam. When one soldier stops to feed himself at a mountain farmhouse, his revolutionary fervor clashes with the farmer's pacifist views. Again, the inactive will be put to the test when the fight comes to the farmer's front door.

Uniting all of these segments is the voice of Cuba personified (Raquel Revuelta). Speaking in lyrical summations, Kalatozov layers her songs of herself over dizzying montages showing the faces of her people. 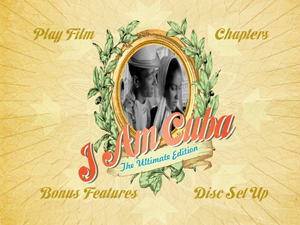 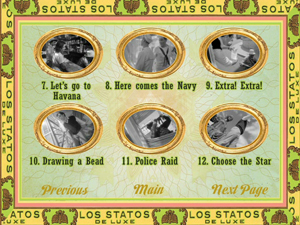 The camera work in I Am Cuba remains as awe inspiring today as it would have been in 1964. At any point, if you stop and take yourself out of the narrative, you will find yourself wondering how Mikhail Kalatozov and cinematographer Sergei Urusevsky made a film of such beauty and innovation. Their prior efforts, particularly the marvelous The Cranes Are Flying, were pretty to look at, but nothing like I Am Cuba. Working with mostly long takes filmed on five-minute magazines, they keep the camera moving, often defying the laws of gravity, matching the unbroken strains of their poetic writing with unbroken visual lines. Pop in the DVD, jump to any random point in the movie, and then hit pause, and you're likely to see a single frame of such lovely composition, it'll make your jaw drop.

For all the things I Am Cuba is, it would have been easy for Mikail Kalatozov to fall under the weight of his own ambitions, be it from the standpoint of a virtuoso or the downfall of a believer belaboring a point. Neither of these things came to pass. Instead, I Am Cuba is a vibrant portrait of a country and its people, alive with the music and the scenery native to the land. Sure, it's an idealistic portrait. If they could have added one color tint to the film stock, it would have had to be rose. Poetry isn't supposed to be mealy mouthed, anyway, it should take a stand. I Am Cuba certainly does, but it is mesmerizing filmmaking at the same time. While those who fear its message might decide that makes the film all the more insidious, for those who are sympathetic and want to see what it's all about, or those who couldn't care less and just want to see a gripping piece of cinema, I Am Cuba is a masterpiece of celluloid. 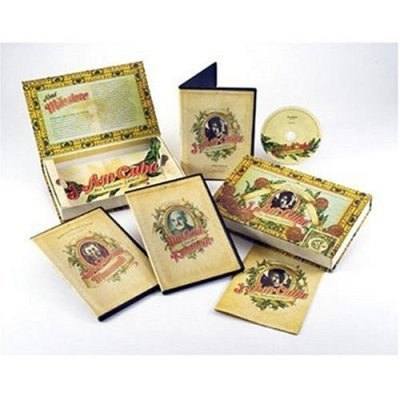 Video:
The new high definition transfer for I Am Cuba - The Ultimate Edition is a wonder to behold. Black-and-white and full frame, it was struck from an original 35mm fine grain interpositive. The picture is crisp with wonderful values, including soft shades of gray and dark blacks. There are still times where you will see some pops and spots in the image, but Milestone has gone light years beyond the 2000 Image release and there is every reason to believe that this was as good as they could get it--and that ain't bad at all.

Sound:
As noted in the main review, we get two options for audio, both mixed in 2.0. One is the previously unavailable-on-DVD Spanish language track, the language the Cuban actors spoke in, and the other is the Russian version, with the Spanish dialogue still intact and the Russian translation being spoken over the top of it. There are merits to both choices, and it's up to you which you prefer. The English subtitles are the same for both.

Extras:
I Am Cuba - The Ultimate Edition is a 3-DVD set. Each disc comes in its own individual slimline case, and they are housed, alongside a booklet full of essays and liner notes, in a replica of a box of Cuban cigars. It's a sturdy package, excellently designed, and makes this new release feel all the more special.

DVD 1 is the main feature, and it also has a couple of bonus elements. The best one is a chat with Martin Scorsese, who joined with Francis Ford Coppola in releasing I Am Cuba in the 1990s. Scorsese speaks for over twenty minutes about his love for the film and the impact it should have had on cinema had it been released when it was supposed to.

After Scorsese, we get the alternate Cuban opening credits, which are the same as the Russian credits that run with the film, just translated into Spanish. There is also a new trailer put together by Milestone and a stills gallery.

DVD 2 and DVD 3 are both full-length documentaries. 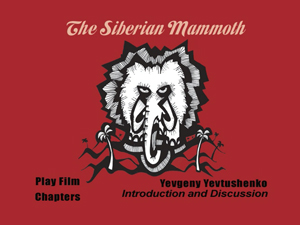 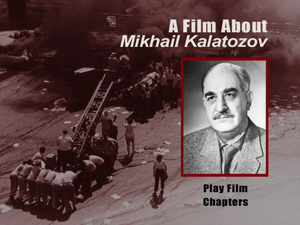 The second disc's documentary is The Siberian Mammoth, a 91-minute feature by Vicente Ferraz. In 2001, he began a journey to find the people and places featured in I Am Cuba, to uncover how the movie was made and what happened to it. Beginning with an examination of the actual revolution and the spirited endeavor to establish a Cuban cinema, Ferraz then tracks down a large amount of the actors and crew and extracts fantastic anecdotes from them, placing these stories next to photos and historical excavations. Siberian Mammoth then shifts to the end of the two-year production and the devastating reaction to the picture and its eventual rediscovery three decades later. Though the Russian squelching of the movie was political, the Cuban reaction was one of disdain for what they see as a decidedly un-Cuban flavor in the final product.

The Siberian Mammoth brings the history of its subject alive, proving there is always life in these kinds of behind-the-scenes documentaries regardless of the constant efforts of the major studios to kick the stuffing out of the genre with their by-rote puff pieces. Also, the clips featured in Mammoth show us how the film looked in previous prints. Siberian Mammoth is a multilingual documentary with English subtitles.

In addition to the Ferraz picture, DVD 2 also has a half-hour sitdown with Yevgeny Yevtushenko, Russian poet, professor, and one of the screenwriters on I Am Cuba. This 2004 program was originally produced for the City Univeristy of New York's television station and was intended as a companion to a showing of the movie.

The third disc in The Ulitmate Edition is another full-length documentary, a stand-alone piece about Mikhail Kalatozov--simply titled A Film about Mikhail Kalatozov. Made in 2006 by the director's grandson, Mikhail Kalatozishvili, the two-hour program gathers admirers and collaborators together to discuss the movies the elder Kalatozov made. This includes the stars of The Cranes are Flying, Tatiana Samoilova and Alexei Batalov; Cuba writer Yevgeny Yevtushenko; French director Claude Lelouch (the only one who doesn't speak in Russian in the film); composer Aleksandr Zatsepin and actor Eduard Martsevich, who both worked on Kalatozov's last film, The Red Tent; and Russian filmmakers Andrei Konchalovsky and Sergei Solovyov. There are generous helpings of all the films discussed, as well as awesome behind the scenes footage. Interestingly, I Am Cuba is paid the least attention here.

FINAL THOUGHTS:
I Am Cuba - The Ultimate Edition is the kind of package film enthusiasts have been waiting for. Mikhail Kalatozov's groundbreaking 1964 film has been fully restored and put on DVD in a truly stellar package. The movie itself is a visual delight, defying all boundaries of conventional filmmaking to tell a quartet of stories about Cuba both before and during Castro's revolution. It's a challenging, mesmerizing example of all the things cinema is capable of. Put together with two extra discs of bonus documentaries and placed inside a replica Cuban cigar box, I Am Cuba - The Ultimate Edition is the kind of DVD package that impresses even before the shrinkwrap is removed. Thus, it can receive nothing less than our highest ranking: DVD Talk Collector Series. 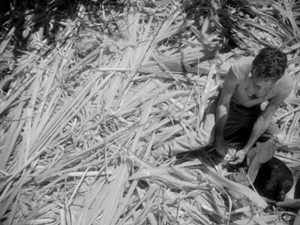 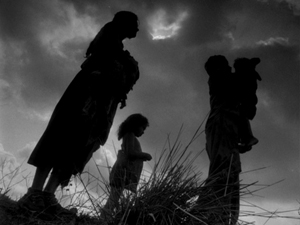