Okay - now this is what I was talking about! A couple of weeks ago, I reviewed a collection of lame, inauthentic exploitation coming attractions called Trailer Trash! (please click here to read that review) that unfortunately missed the mark in providing cool, vintage trailers that film fans love to watch. No such problems with Synapse Films' 42nd Street Forever, Vol. 3: Exploitation Explosion though; it's a sensational continuation of the series, chock-full of authentic, marvelously entertaining theatrical trailers from the grindhouse and drive-in glory days of the 70s and 80s. 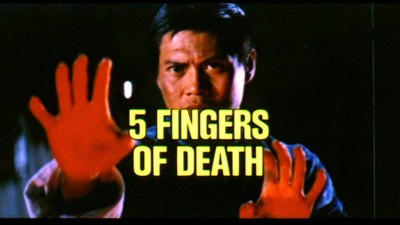 Included here are 44 trailers representing the martial arts, horror, sci-fi, adventure, raunch comedy, women-in-prison, suspense, soft-core, and action genres. Anyone who grew up during the 1970s will no doubt recognize quite a few of these titles, many of which played in not only the sleazier urban grindhouses, but also local mom & pop drive-ins out in the sticks and suburbia, before eventually showing up on content-hungry cable and video in the early 80s. As a boy, I was lucky to have several really down-on-their luck, decrepit drive-ins within driving distance, as well as some older brothers who, once some change crossed their palms, told my parents we were going to see the latest Disney double-header at the clean, safe neighborhood drive-in - but who then quickly lamed out for the hinterlands for forbidden fun, swearing me to secrecy (don't worry; they made me cover my eyes for the "bad" parts). If I didn't see most of these titles at those truly spooky drive-ins (the one or two isolated pick-up trucks in the largely deserted lot, dark, wind-swept farmland for miles, and concession stand egg rolls left over from 1959), I saw them either on cable, or at a terrific local independent movie house we had (The Glenbyrne Cinemas: R.I.P.) that specialized in the sleazy and the bizarre.

When I think back on those films from that era - and they seem incredibly innocent and naïve by comparison with today's exploitation fare - I remember what I charge I got from waiting for the fun to start. And certainly a large part of that anticipatory fun, that feeling that any minute now, you were going to see something you definitely weren't supposed to see, was mirrored in the ubiquitous coming attractions that filled up the time between the double, triple, and dusk-to-dawn marathons that drive-ins thrived on. As quite a few previous writers and fans have correctly stated, many times those trailers, those incredibly fast, action-filled two or three-minute compilations of every cool scene in a particular film, were usually far more entertaining than the actual films themselves. People sometimes forget when writing about and praising some of these exploitation films that often times, they're quite terrible, and not even in a "so bad they're good" fashion. 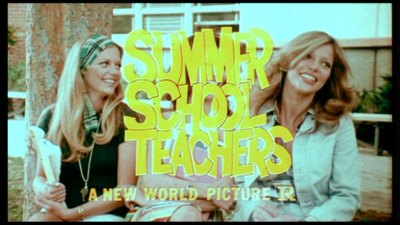 That's why the trailers collected here in 42nd Street Forever, Vol. 3: Exploitation Explosion are so much fun. You can skip the bad dubbing, the hours of pointless exposition, and the desultory dramatics, and zero right in on what you think these films are going to embody: endless fight scenes, endless nude scenes, endless tough talk, endless sword and gun play, and endless explosions. That's the almost ephemeral beauty of a well-wrought exploitation trailer: that ability to take two or three minutes of socko material and assemble it in such an exciting manner as to make the viewer absolutely crave seeing that movie.

In addition to the delightfully sordid trailers that are included here in 42nd Street Forever, Vol. 3: Exploitation Explosion, there's an incredible (optional) commentary track that runs over all of them (the disc times out at 101 minutes). Fangoria Managing Editor Michael Gingold, Film Historian Chris Poggiali, and AVManiacs Editor Edwin Samuelson really know their exploitation cinema and give the viewer a Master's course worth of fun facts about each production (a pretty nifty trick considering how short each trailer is), along with numerous references to other exploitation flicks worthy of seeking out. It's one of the most enjoyable, laid-back, densely-filled commentary tracks I've ever heard in quite some time, and I learned quite a lot from it. 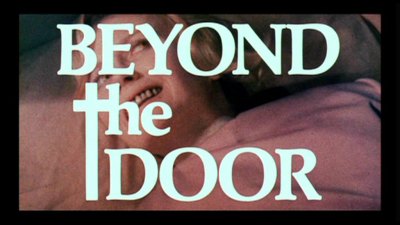 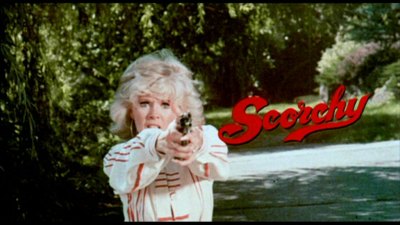 The Video:
42nd Street Forever, Vol. 3: Exploitation Explosion presents each trailer in its correct aspect ratio, within an anamorphically enhanced, 1.78:1 frame. Naturally, most of these trailers are scratched and beat-up a bit, but except for The Night Child (which has heavy scratches), they all looked pretty good, particularly when you factor in the nostalgia factor of seeing vintage prints from that time period.

The Audio:
The Dolby Digital English audio track is big, fat mono -which is entirely correct for these releases. There are no subtitles or close-captions available.

The Extras:
In addition to the aforementioned commentary track (which again, is phenomenal), there are several vintage TV spots for exploitation titles, including: Jaguar Lives!, High Ballin', Champion of Death, Seniors, The Last Survivor, The Jesus Trip, Naked Angels, Billy Jack, and Golden Needles. Sweet.

Final Thoughts:
Almost quaint and innocent by today's standards, the exploitation trailers included in 42nd Street Forever, Vol. 3: Exploitation Explosion are manna from heaven for connoisseurs of the sewers. The commentary track by Michael Gingold, Chris Poggiali, and Edwin Samuelson, is one of the best I've heard this year: informative and fun. I highly recommend 42nd Street Forever, Vol. 3: Exploitation Explosion.